Psychophysiology of emotions in POPANE database 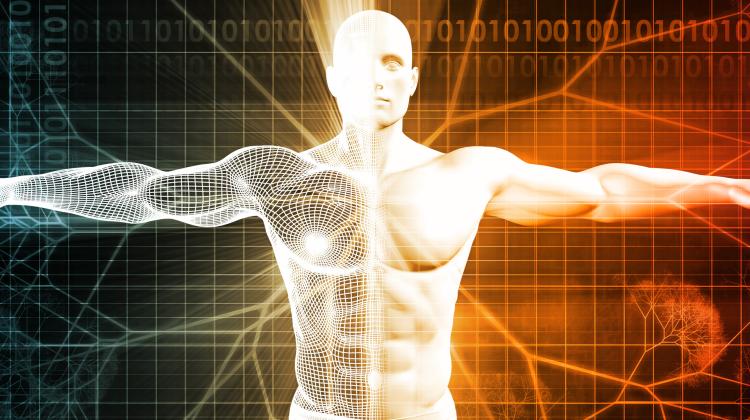 "Do you know the feeling when the sight of your loved one literally takes your breath away? Or when you are so excited before unwrapping a gift that your palms sweat? Or when you feel your heart racing when you watch your team win? For years, these and other changes in human physiology have been considered the basic components of emotions people experience', explain scientists specialising in psychophysiology of emotions: Dr. Łukasz Kaczmarek and Dr. Maciej Behnke from the Health Psychophysiology Laboratory at the Faculty of Psychology and Cognitive Sciences, Adam Mickiewicz University in Poznań.

Two important papers by their team have appeared in Emotion Review and Scientific Data. In cooperation with the Poznan Supercomputing and Networking Center affiliated with the Institute of Bioorganic Chemistry of the Polish Academy of Sciences, the researchers created an extensive database of physiological effects of human emotions - a result of 10 years of work of over a dozen people that included 1,157 subjects and over 750 hours of video recordings.

The activity of the autonomic nervous system (ANS) is a fundamental component of emotional response. However, it is unclear whether positive emotional states are associated with variable ANS reactivity. The researchers suggest caution in drawing strong conclusions because so far many positive emotions have not been sufficiently researched in terms of physiology.

Currently, the largest open and widely available set of psychophysiological emotions data is the Psychophysiology of Positive and Negative Emotions (POPANE) database. It includes over 750 hours of recordings from 1,157 people collected in seven studies conducted over the last 10 years by Dr. Łukasz Kaczmarek and his doctoral candidates. This database was created in collaboration with scientists from the Poznan Supercomputing and Networking Center: Dr. Mikołaj Buchwald, Szymon Kupiński and Adam Bykowski.

The common denominator of the studies was the juxtaposition of non-verbal reactions of people (facial expressions, open, closed or withdrawn posture) and the images of different emotional colour and intensity presented to them, along with biosignals sent simultaneously by the body (pulse, sweating, temporary discoloration of the skin).

The experiments elicited amusement, anger, disgust, excitement, fear, gratitude, sadness, tenderness and threat. In the files, the researchers compiled a set of data on psychophysiological reactions to positive and negative emotions.

According to Dr. Mikołaj Buchwald, it is only a very promising beginning of an exciting journey into the corners of the world of science and education, business, art and even entertainment. Scientists believe that their research will play a significant role in psychotherapy and education, especially considering that sessions and classes have been increasingly held online in recent years. It will also be useful when recruiting new employees and in the entertainment industry, which can use these methods to verify the reception of new movies, TV series and computer games before they become available to a mass audience.