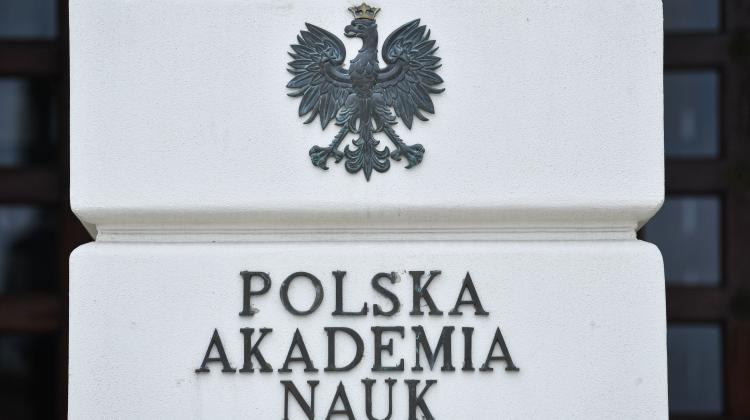 Within the framework of cooperation with the National Academy of Sciences of Ukraine (NASU), , on March 1 the Polish Academy of Sciences introduced a programme to support cooperation with Ukrainian researchers. Any Ukrainian scientist who worked in a scientific institution (university, NASU research institute) in Ukraine before February 24, 2022 could apply for support in the programme.

Within a few days, the amount of PLN 750 thousand was distributed to 50 people; the interest was very high, told PAP the international cooperation director at the Polish Academy of Sciences, Anna Plater-Zyberk. She added that 90 percent beneficiaries were women - Ukrainian researchers. They will receive 5,000 PLN for three months and will be employed in institutes of the Polish Academy of Sciences.

'We already have almost PLN 200,000 from these membership fees, which will allow us to finance a few more projects that were on the reserve list in our first competition', she added.

She expressed the hope that a total of up to 80 researchers could be supported as part of the first edition of the programme.

'Our American partners contacted us in the beginning of March and offered to support our programme and send us additional funds, which we would spend jointly on further positions in PAS institutes that we would offer to scientists fleeing from the war in Ukraine', she added.

Plater-Zyberk said that the support under the joint American-Polish programme would be distributed among post-doctoral scientists who had worked in Ukrainian scientific institutions until February 24, 2022, and who came to Poland after that day. It is not yet determined whether only Ukrainian citizens would be eligible.

The US-Polish competition will be launched in two weeks at the latest, Plater-Zyberk said. Researchers will receive $1,200 per month for three months. They will also receive a one-time bonus of $500.

Similarly to the first competition, the new competition is addressed to the Polish Academy of Sciences institutes, to which researchers from Ukraine apply. (PAP)