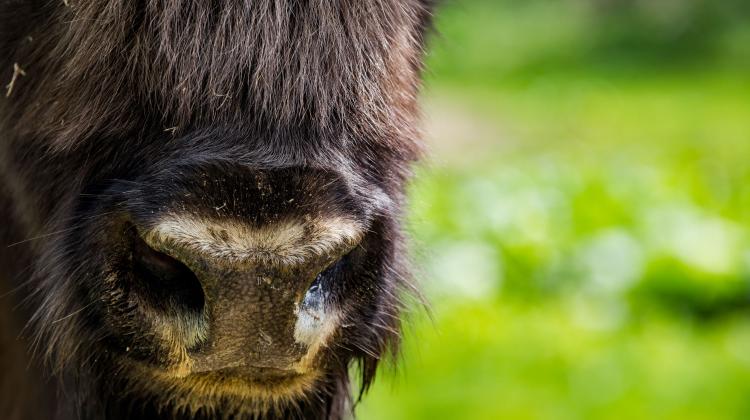 Scientists have discovered and described a previously unknown species of parasite that lives... in the nose of the European bison. The authors of the discovery, researchers from the University of Gdańsk and the Warsaw University of Life Sciences (SGGW-WULS), point out that research on parasitofauna associated with an endangered species is of particular importance.

Their paper was published in the International Journal for Parasitology: Parasites and Wildlife (https://www.mdpi.com/1424-2818/14/2/75/html).

Dr. Joanna Izdebska from the Department of Invertebrate Zoology and Parasitology of the University of Gdańsk, quoted on the University of Gdańsk website, explains that she has been conducting her research for 30 years and the latest discovery will allow to learn about the biodiversity of mites common in mammalian populations. In addition, the new information will help in the analysis of adaptation to parasitism and the functioning of the parasite-host system, i.e. learning about the various interactions between mites and mammals.

The researcher reminds that the European bison became extinct in the wild and the current population has been rebuilt with only a few individuals from breeding conditions. This resulted in the loss of the natural parasitofauna (the parasitic animals found in a given area) that was replaced by parasites from other ungulates - deer or cattle. Only a few specific parasites survived with the last bison - the blood parasite Trypanosoma wrublewskii, the hair louse Bisonicola sedecimdecembrii, and two species of skin parasites - Demodex, including the newly discovered one.

In the case of European bison, the study of parasitofauna is particularly important, as this is an endangered animal, which as a result of the restitution of the species has a small gene pool, resulting in reduced immunity and increased susceptibility to various diseases.

'Our studies on parasitic arthropods (e.g. ticks, scabies), point to their role in disease transmission or tissue damage as gateways for infection with various pathogens. Specific nematodes (discovered by us - currently Demodex bialoviensis and earlier - Demodex bisonianus) do not cause dangerous disease symptoms in bison. However, in the case of European bison, one should also take into account the possibility of indirect consequences of parasitism, i.e. mechanical transmission of pathogens or, by penetrating tissues, creating the possibility of infections', the researcher says.