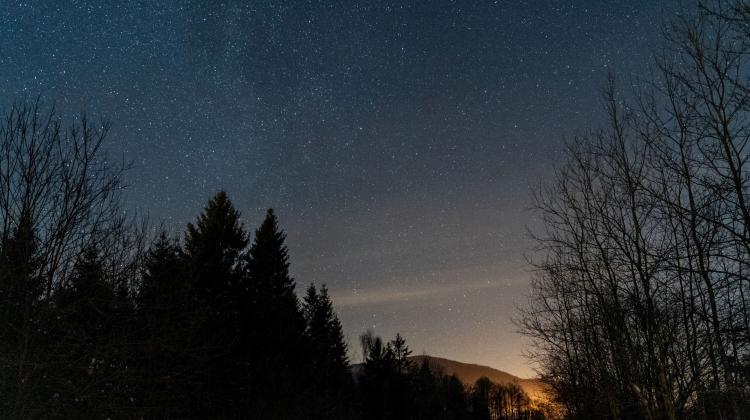 Tracking satellites and space junk and conducting scientific research will be the main tasks of the new astronomical observatory that will be built in Bezmiechowa, Podkarpacie. With a growing number of satellites, the observatory is expected to help avoid collisions and ensure space safety.

The construction of the new observatory is the result of an agreement signed by the Polish Space Agency and the Rzeszów University of Technology.

The President of POLSA Professor Grzegorz Wrochna said that from the agency's point of view, “the main goal will be to search for and track artificial earth satellites in the sky. With a growing number of satellites, this is necessary to avoid collisions and ensure space safety.”

Space Surveillance and Tracking (SST) is one of the areas the agency deals with every day.

Professor Wrochna continued: “Access to SST observations, from sensors with adequate geographical distribution, is crucial for maintaining situational awareness in space and SST services. POLSA uses observations supplied by external entities under contracts and agreements, and the observations provided by our own sensors in Australia. We are planning to develop the sensor network in a few more distant locations.”

In the context of the tasks of the future observatory, experts mention the growing problem of space junk - objects that remain in orbit after completing their mission and threaten other, still active satellites (because they can no longer be controlled). Since human activity in space is thriving, the number of such objects in space continues to grow. The new instrument will also have a role in this area.

Wrochna said: “The SST task is to observe all man-made objects in the Earth's orbit, including those that can no longer be used to carry out operational tasks, such as old, inactive satellites, discarded launch vehicle components, collision debris and others.”

The new telescope will also offer new opportunities important from the point of view of science and education.

Wrochna said: “‘The observatory will be equipped with professional astronomical telescopes, ultimately with a significant level of automation. These instruments will be fully suitable very diverse activities, including research and scientific tasks.”

The observatory will be built in a few months. In the first stage of the project, one dome will be built, which will house a telescope that is now ready. The University Gliding Centre in Bezmiechowa can accommodate a total of four domes.

The instrument will largely operate automatically, independently conducting observations according to the programmed plan and monitoring the weather and closing the roof if necessary (e.g. in the event of rain). An operator will not be needed.

Professor Piotr Koszelnik from the Rzeszów University of Technology, which will contribute to its development, said: “This ambitious undertaking will allow us to use the infrastructure and research and scientific potential of employees of the Rzeszów University of Technology, who have been specialising in space and aviation for many years. We have the experience, we have the people and appropriate facilities to do this.”

He added: “Aviation and cosmonautics are among the leading scientific disciplines at the Rzeszów University of Technology, which is related to the presence of the aviation industry in the region. Cosmonautics is a natural consequence of a relationship with the aviation industry and research in this area is being conducted at our university. This important initiative should strengthen the growth potential of scientific research in the area of space and satellite technologies.”

The location of the observatory in the area has one more advantage. In the Polish climate, only about 50-80 nights a year are clear. Observations are additionally hindered by light pollution near cities and air pollution. The Bieszczady Mountains, where Bezmiechowa is located, offer the best conditions for sky observation.