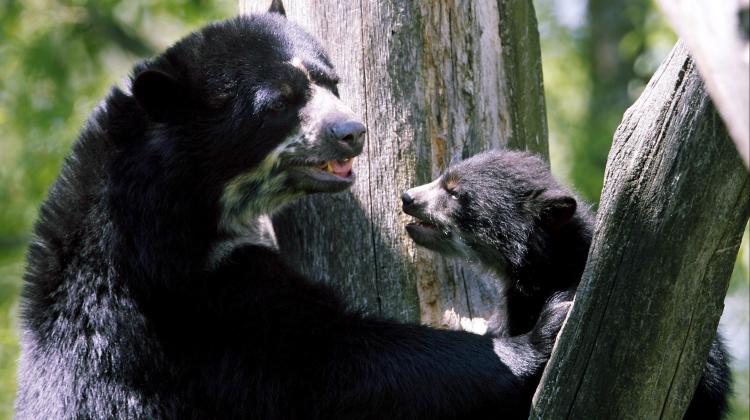 Bears in Peru are facing extinction as humans encroach upon their natural habitats, scientists have warned.

According to scientists, the main threat to the species is human expansion into the bear habitats with crops and farm animals. Another threat is poaching as, in south-east Peru, less than half of the Andean bear habitats are under protection.

The only bears to live in the Andes, and the only bear species in South America, new research in the journal Global Ecology and Conservation(https://www.sciencedirect.com/science/article/PII/s23519894222001147) has revealed the extent to which Andean bears depend on high altitudes for survival.

The latest study shows that in the south-east of the country, the area occupied by the Andean bears has shrunk by half in recent centuries.

Co-author of the study, Dr. Nuria Selva from the Institute of Nature Conservation of the Polish Academy of Sciences in Kraków, said: “We have found that bears live at an altitude of over 3000 m. Most of these landscapes are rather inaccessible and offer food and shelter to bears.

“High mountain ecosystems are the ones that remain intact and are of key importance for Andean bears. However, they are threatened by human expansion and climate change.”

Since people come and settle in bear habitats, bringing farm animals and crops with them, there is a high risk that the bears will start feeding on livestock and crops, mainly corn. When this happens, people can start killing bears in retaliation.

The study’s lead author Roxana Rojas -Verapinto from the Isnachi Project in Peru, said: “Poaching is one of the main reasons for the disappearance of the Andean bears from some areas of Peru. For this reason, it is crucial to understand in which places these damage occurs.

“Property damage caused by bears is not compensated by the administration in Peru. This means that those who sustain damage do not have to officially report it.

“As a result, information about the damage caused by bears is very limited. During the period covered by the study, we made only 84 damage reports.”

The study also shows that almost half of the area where the Andean bears live is threatened with a conflict with farmers. “This means that some habitats may have good living conditions for bears, but they can also act like +traps+, because in these areas bears may suffer from high mortality caused by poaching,” said co-author Carlos Bautista from the Institute of Nature Conservation.

He added: “The protection of high-mountain habitats from human activity and expansion is extremely important.”

The authors of the study propose to enlarge protected areas and implement a special programme to reduce the damage to livestock and crops caused by bears and other wild animals.

The study published in Global Ecology and Conservation is the result of a research fellowship at the Institute of Nature Conservation of the Polish Academy of Sciences by the National Fund for Scientific, Technological and Innovation Development - FONDECYT in Peru, supported by the Polish National Science Centre.