Scientists investigate differences between ponds in and outside cities 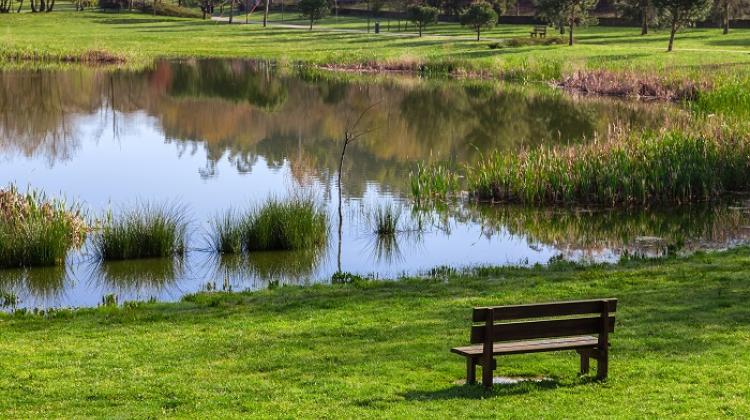 Researchers from Poland and Norway are investigating how ponds in cities differ from those outside, as well as their condition and possible negative impact on aquatic species.

Researchers from Poland and Norway are investigating how ponds in cities differ from those outside, as well as their condition and possible negative impact on aquatic species.

Depending on the classification, globally there are 64 million to 3 billion bodies of water defined as ponds. This, in turn, constitutes as much as 30 percent all still freshwater in the world.

Dr. Karolina Bącela-Spychalska from the Department of Invertebrate Zoology and Hydrobiology at the Faculty of Biology and Environmental Protection, University of Lodz said: “Even though ponds are ecosystems most people have known since childhood, urban water bodies and their fauna still hold many secrets.

“Until now, most studies on this topic concerned larger animals that were easy to observe or catch, or focused on individual species. There are no studies for the entire groups of species found in ponds or comparisons on a large geographical scale.

“In our opinion, only such an approach will allow to obtain a true picture of the condition of these water bodies and changes in their biodiversity, and detect possible negative trends.”

The international team are implementing the ECOPOND project, which aims to improve the methods of monitoring the biodiversity of freshwater bodies.

Dr. Bącela-Spychalska continued: “Our common task is to study the problems and mechanisms that take place in ponds in five geographical areas. We study freshwater bodies in Kraków, Łódź, Gdańsk, Oslo and Trondheim, as well as ponds in non-urbanized areas around these cities.”

In their research, the biologists focus on the biodiversity of bacteria, fungi, invertebrates and vertebrates. They also monitor the chemical composition of water in several dozen freshwater bodies from Kraków in Poland to Trondheim in Norway.

Ponds are considered interesting objects, not only because of their great variety, different sizes and locations, but also because they are very sensitive to all changes, not only in the pond itself, but also around it. They are subject to very high anthropopressure (human pressure).

Bącela-Spychalska said: “On the other hand, in places where human influence is significant, for example in cities, ponds are refuges, places where biodiversity can develop despite changes in the environment.”

Changes in water bodies can be influenced by temperatures that are higher in than outside cities, drainage, pollution, or the introduction of alien species that do not naturally occur in a given geographical area.

Consequently, failing to clean shows after returning from a foreign holiday before going for a walk in a local forest can have a significant impact on the transfer of organisms.

Since classifying or determining many species using traditional methods is ineffective and time-consuming, the scientists plan to study species diversity not by collecting and identifying individual groups of organisms, but by using environmental DNA and RNA from water samples.

Dr. Bącela-Spychalska said: “We know that all animals release their body cells into the water, and with them also their genetic material: DNA and RNA molecules.

“We retain these particles on filters during the filtration of water from the studied pond and then we will analyse them in a lab. Our task is to filter out DNA fragments from the collected water and on this basis identify thge organisms that live in the pond.

“Then, just like in a store we use barcodes to read product prices and data, and we use short fragments of DNA, so-called life barcodes, to create a list of organisms living in a given pond.”

In addition, scientists measure the physical and chemical parameters of water, which will be used as additional factors in the analysis of species diversity.

Dr. Bącela-Spychalska continued: “On this basis, we will be able to determine the impact of pollutants on groups of species. Our research should clarify whether the process of urbanization is actually dangerous for aquatic organisms. Or maybe increasing the number of ponds in cities will allow us to better protect water-related organisms.”

The research is being carried out by five partner teams and financed by the Norwegian Funds under the "Research" Programme, the operator of which is the National Science Centre.

In Poland, the project leader is Dr. Szymon Śniegula from the Institute of Nature Conservation of the Polish Academy of Sciences, and the team includes scientists from the University of Łódź, the Jagiellonian University and the Norwegian Veterinary Institute in Oslo.