Too much caffeine can cause anxiety and depression, say experts 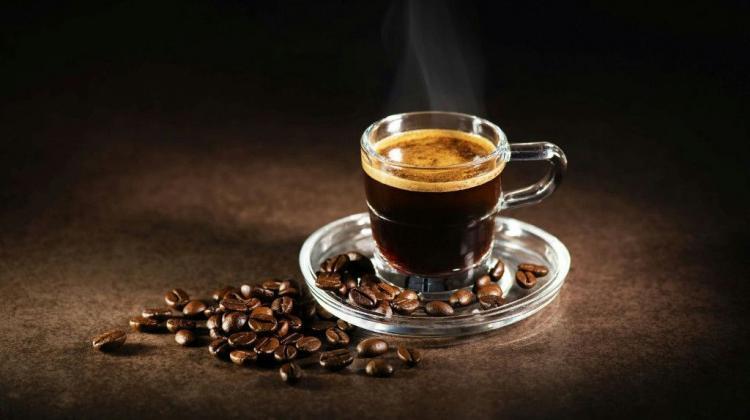 Too much caffeine can cause anxiety and depression, research shows.

Found not only in coffee and tea, caffeine is also in energy drinks and sweetened carbonated drinks, with low doses improving mood.

Speaking at the 4th Nutritional Awareness Days organized in May by the Nutrition and Nutritional Prevention Science Club of the University of Warmia and Mazury in Olsztyn, expert Karolina Łukasiewicz said: “The best documented effects of caffeine is at a dose of 120 to 200 mg. The maximum daily dose is 400 mg.”

She added that in children, a safe dose is 100 mg, saying: “One energy drink contains 70 to even 300 mg depending on the container volume.”

She continued that although “energy are generally safe for health, otherwise they would not be approved for sale, you should be careful about the amount of caffeine they contain and watch caffeine intake in all products.”

Energy drinks are not recommended for children by the American Academy of Child and Adolescent Psychiatry.

Drinking caffeine in doses exceeding 1000 mg per day poses the greatest risk to health in adults.

Łukasiewicz said: “It is difficult to reach that level when drinking coffee only, but in combination with drugs containing caffeine and energy drinks, this is not that difficult.”

Caffeine and other ingredients of energy drinks interact with drugs. Caffeine strengthens their action.

Safe dose of caffeine changes if a person experiences anxiety and then it is 200 mg per day and 1000 mg per week, especially in people susceptible to caffeine.

Although anxiety can have symptoms such as excessive sweating, palpitations, chest pressure, trembling of the body, shortness of breath and nausea, in many cases anxiety may look completely different.

Łukasiewicz said: “We usually associate these with excessive or chronic stress, it could be racing thoughts, stomach problems such as diarrhoea, or the opposite, problems with defecation.”

She added that “it could be sleep disorders such as insomnia, excessive drowsiness, or sleeping all night, but still waking up tired.

“It can also be being worried, nervousness or other strong feelings that we can't say where they come from. It can isolating yourself from the environment, and in the case of chronic anxiety also permanently increased blood pressure, and in some cases an obsessive-compulsive disorder.”

She continued: “All these symptoms may occur individually or in a group, but their common feature is anxiety fear of varying severity'. 'It can be a minor feeling of anxiety that accompanies us all the time, and it can also be a strong sensation of fear, close to panic.”

Łukasiewicz said: “We know now at the moment that in addition to many positive things, caffeine consumption also has negative effects, especially for children. Energy drinks are currently the only psychoactive substances in the world approved for to minors. Hence the growing concern for children's mental health.”

Studies also show that there is a link between consumption of energy drinks and anxiety disorders in patients with bipolar disorder and suicidal behaviour.

The causes of caffeine impact on anxiety include its effect on the gut-brain axis, genetic, personality predispositions and short-term withdrawal symptoms.

The gut-brain axis affects a number of physiological processes that lead to the sensation of satiety, but also to well-being and good mood.

Visualization of food, planning to eat, but also stress, initiate very deep changes in the functioning of the gastrointestinal tract, which are characterized by release of various hormones, including gastrin.

'We know that after a few days, and even after one day, stopping caffeine consumption can increase the level of anxiety and depression in about 10 percent of volunteers with moderate daily consumption,” Łukasiewicz said.

Other studies show that in people who have consumed it for a long time and often below 400 mg, 2-3 coffees a day, caffeine withdrawal can cause a fairly strong withdrawal effect, which is manifested in headaches, nervousness, and shaking of the hands. According to research, the symptoms may persist for up to 10 days.

Should people who experience anxiety avoid coffee? If a person who experiences anxiety never drank coffee, then they should careful with its introduction, start with rather small doses and monitor the body's reaction. In sensitive people who already have anxiety, going cold turkey is not a must but it might be necessary to reduce consumption. According to the participants of the 4th Nutritional Awareness Days in Olsztyn, each dose of caffeine should be adjusted to the consumer.