Nearly half of refugees in Poland want to return to Ukraine, says new report 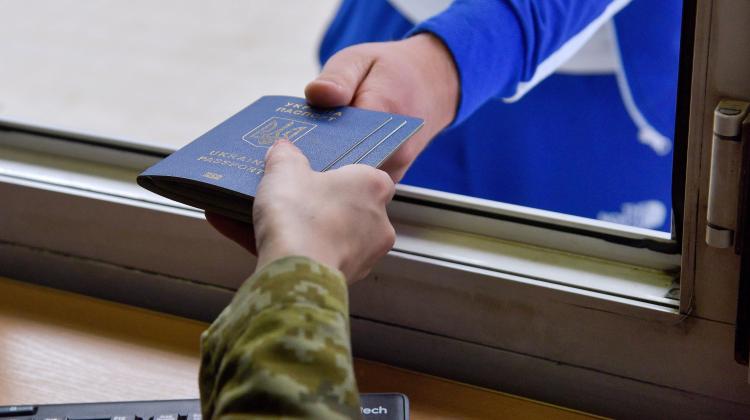 Nearly half of Ukrainian refugees staying in Poland want to return to Ukraine as soon as the war ends, while 17 percent of them plan to stay permanently, according to surveys conducted by a team from the Interdisciplinary War in Ukraine Research Laboratory.

The team from the Interdisciplinary War in Ukraine Research Laboratory (including, among others, Ukrainian scientists) examined the most important problems faced by Ukrainian refugees in Poland, why they chose Poland when escaping the war, how they evaluate Polish help, what their integration in Poland looks like. The researchers also measured indicators such as the level of war trauma.

Team leader, Dr. Piotr Długosz, a professor at the Pedagogical University of Krakow and director of the Youth Research Centre, said: “Due to the fact that the wave of refugees arriving in Poland, caused by the armed assault of the Russian aggressor, is so large, we decided to look more closely at Ukrainian citizens seeking refuge in Poland.”

The team members included Dr. Liudmyla Krywachuk from the Pedagogical University of Krakow and Dr. Dominika Izdebska-Długosz from the Jagiellonian University.

The survey was carried out via computer-assisted web interviews (CAWI), from April 15 to May 10. It was distributed on social networks among Ukrainian refugees. 737 correctly completed surveys were qualified for the analysis.

Dr. Długosz said: “This is not a representative sample in the statistical sense but generally reflects the structure of the entire refugee population.

“The fact that we have the approximate reflection of refugees is evidenced by their territorial distribution, they are from various places in Poland, not only from large cities (that was the case with the other two studies). The average age and place of residence is also consistent with previous research results. According to research, people with higher status are more likely to answer, this is the case with all surveys carried out online, by phone and in the homes of respondents. Nevertheless, the study shows a fragment of the reality of refugees in Poland.”

The majority of the respondents are women (97 percent), and their average age is 36 years. Most respondents (76 percent) have university degrees, including master's and higher (64 percent), bachelor (2 percent).

The researchers said: “About three quarters rated their material standard of living in Ukraine before the outbreak of the as good. 25 percent had average material conditions, 52 percent had good and very good conditions. Most respondents lived in cities (91 percent). When it comes to the regions the respondents come from, most of them are from central Ukraine (46 percent), followed by western (22 %), southern (19 %) and eastern Ukraine (13 %).

“Almost half of the respondents (48 percent) had not been to Poland before. The others had visited Poland before the war. 43 percent had a short stay in our country, 7 percent had stayed for a longer time, and 2 percent had lived in Poland for a year or longer.”

At the time of study, most of the surveyed refugees had stayed in Poland for over a month (82 percent), less often about a month (14 percent), about a week or two (3 percent) and a few days (1 percent). 'For most refugees, Poland is the target country (92 percent). Only 8 percent want to go farther west', the authors report.

Refugees usually rent apartments or houses themselves and pay for them (28 percent), or use housing that someone else pays for (16 percent). Some live with Polish families (17 percent), or their relatives from Ukraine who had arrived in Poland earlier (12 percent). Some live in premises made available by Poles (11 percent). 8 percent live in rooms made available free of charge in hotels and hostels. 3 percent live in other types of places, for example a parish, a fireman's house, a clinic. The same number declared living with a Ukrainian family (3 percent). 4 people stay in gyms or market halls with mattresses and beds.

The researchers said: “Respondents who want to return to Ukraine say that it is their home, family, country, homeland that life in Poland is expensive and one should take into account the rental of a house or apartment for about a year, and that there is no job. Generally, they want to go back to their homes and lives they left in Ukraine.”

Poland is the main country of migration chosen by people escaping from Ukraine. The authors of the study asked about the reasons for this decision, and the respondents most often replied that they had a family, friends here(44 percent), Poland is a culturally and linguistically close country (42 percent), it was possible to quickly get to Poland from Ukraine (25 percent), and that Poland was not a long way from their home in Ukraine (24 percent).

The study authors said: “Some chose Poland because they heard about help provided to Ukrainians (20 percent). For others, an important argument was that Poland was a member of NATO and felt safe here (15 percent). It was easy to cross the border (13 percent)', the authors of the study report. A few, only 9%, said that their decision was due to a good road and rail connection between the two countries. Only 6 percent had been considering going to Poland earlier, and 4 percent of the surveyed refugees from Ukraine had worked in Poland before.

As part of the study, refugees were asked to assess their stay in Poland, including the evaluation of the obtained aid on a scale of 1 to 5.

War refugees were also asked to name the most important problems they had while escaping the war in Ukraine.

The survey also measured the level of war trauma (RHS-15). “The results of the analysis show that most refugees suffer from post-traumatic stress disorders (76 percent), while psychological distress was observed in 50 percent,” the authors of the study said.

Among the respondents, 18 percent work in Poland and as many as 71 percent intend to start work in the near future.

'It is worth adding that almost a third of refugees work remotely in Ukraine and get money for their work (28 percent)', emphasised the authors of the study.

96 percent of respondents have obtained or intend to obtain a PESEL number. Three-quarters of refugees have children. As many as 70 percent of them have submitted or intend to submit an application for payment of the 500+ benefit.

The study authors said: “When asked about their knowledge of the Polish language, they most often answer that they understand Polish, but they do not speak it (34 percent), know the basic phrases and are able to communicate in the store on the street (32 percent).

“Some of the refugees speak quite well, but they often lack words (13 percent). Only 3 percent claim that they speak Poland well and communicate without problems,” the study found.

Most of the surveyed refugees intend to learn Polish (81 percent).

Most of the surveyed refugees learn Polish on their own (69 percent). 20 percent of respondents learn in foundations and associations that organise language courses, 12 percent at universities, 10 percent take individual classes with private teachers, 7 percent learn in private language schools, 2 percent in public schools. Most of them learn Polish for free (92 percent).