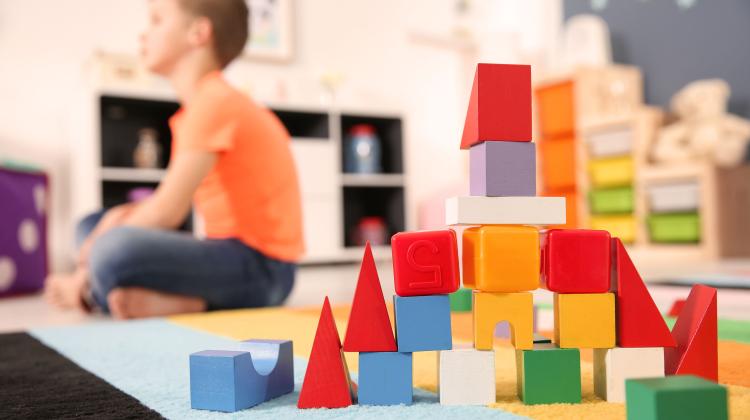 Scientists from the Nencki Institute have developed an experimental, targeted autism therapy, a breakthrough in understanding the possibility of treating the symptoms of this complex disorder. They argue that therapy tailored to specific symptoms of autism is possible and effective.

utism research was carried out by Dr. Alicja Puścian and her colleagues from the team led by Dr. Ewelina Knapska, a professor at the Nencki Institute and deputy head of the Centre of Excellence for Neural Plasticity and Brain Disorders BRAINCITY.

In animal studies, the scientists have shown that the selective supply of a certain protein to the central nucleus of the amygdala (brain structure involved in the ability to learn) alleviates serious cognitive deficits in mice with a genetic defect, which is the most common single-gene cause of autism.

At the same time, it in the central amygdala normalizes the physiology of their brains and restores the ultrastructure of neurons and synapses (connections between nerve cells).

Targeted therapy is most often associated with cancer treatment; we use the treatment to target a specific molecular mechanism in cancer cells. In the case of autism, it is less obvious. What can be targeted?

The authors of the publication explain that specific groups of nerve cells (neurons) in the brain control our behaviour, with different groups being responsible for different behaviours. Functionally related cell groups are called neuronal circuits. Therefore, the first goal in this type of research is to identify neuronal circuits involved in specific symptoms. In the case of this study, these were the behaviours typical for autism.

In the autism spectrum disorders, it is not possible to speak of one specific behaviour that distinguishes persons on the spectrum from the rest of the society, because these are most often multiple problems that hinder everyday functioning. However, there are two basic groups of symptoms that characterize autism: these are cognitive functioning disorders (problems with learning new things, repetitive and at the same time non-adaptive behavioural patterns) and deficits in the social sphere.

Dr. Ewelina Knapska said: “Since learning problems and social functioning problems do not always occur with equally high severity, we can assume that they are controlled by different groups of neurons.

“In our work, we identified the neuronal circuit in the amygdala, the brain structure controlling our emotions and motivation to act, which is responsible for the ability to learn to locate tasty food.”

The scientists used mice that, like people, like sugar. Importantly, they used the mouse model of autism, animals modified in such a way as to map the genetic defect, which is the most common single-gene cause of autism - the Fragile X syndrome (FXS).

Dr. Puścian told PAP: “This disease is caused by a mutation in the Fmr1 gene that encoded FMRP protein. This gene is on the X chromosome, hence the syndrome name. The mutation leads to a number of disorders in the affected patients, but, importantly as many as 60 percent of them have autism.”

The animals were subjected to two types of tests. In both cases, they were in large, automated cages, where they formed communities and were not exposed to human presence. For the purposes of the first test, special zones that housed only one mouse were designated in four corners of the cage. The researchers used chips previously placed under the rodents' skin to identify the mouse that was in the corner.

After entering the corner, the rodent could choose between two bottles: one containing clean water or one containing a sugar solution. 'Normal' mice quickly learned where the latter, much more attractive bottle was located. Mice that lacked FMRP protein learned this much more slowly.

In the second experiment, the social behaviour of animals was studied. Mice were released into an Eco-HAB system, consisting of four cages connected by corridors, through which the animals could move freely. The researchers assessed how much time individual mice (also identified with subcutaneous chips) spent with companions and how much they were interested in the new social stimulus, sawdust in which other mice lived and left their scent on. 'Normal' mice spent a lot of time with other individuals and were very interested in new smells; rodents with the mutation showed much less curiosity about companions and their smells.

As the scientists expected, in the mouse model of autism animals with a defect in the Fmr1 gene dealt very poorly with social interactions, as well as learning motivated with a prize - sweet water.

Dr. Knapska said: “The question arose how to help them. This is where we come to the next aspect of 'targeting', an attempt to reduce the dysfunction of a specific molecular mechanism, like in the case of cancer treatment. In the course of many years of research, we identified the protein, matrix metaloproteinase-9 (MMP9), whose activity on synapses in one of the parts of the amygdala allowed mice to learn how to find sweet water.”

At that point the team found that the activity of MMP9 protein in this particular neuronal circuit did not affect the social behaviour of animals. Knapska said: “We knew from other studies that this brain structure was involved in controlling social interactions, but that this was not done through neurons associated with MMP9. We also knew that mice (and people) with the mutation that caused FXS, had too much MMP9 because FMRP proteins, which under normal conditions would inhibit the secretion of MMP9 on synapses, was missing.”

The insufficient amount of FMRP translates into too much MMP9 activity in the central nucleus of the amygdala, which in turn disrupts the process of learning.

Dr. Knapska said: “We decided to use this knowledge to try to +fix+ the disrupted learning in mice with FXS. We introduced nanoparticles to the previously identified part of the amygdala, which gradually released the MMP9 protein inhibitor, inhibiting its excessive activity. So we used triple targeting: a specific symptom, a specific group of neurons and a specific molecular mechanism.”

In this case, 'targeting' took place at various levels of the body's functioning.

Knapska continued: “Further observations have shown that the reduction of excessive activity of MMP9 in the central nucleus of the amygdala restored the mice ability to learn where the sweet water is, although it did not help with disrupted social interactions.

“This was proof that by properly 'adjusting' the molecular mechanism in a specific neuronal circuit, you can selectively correct the affected behaviour, i.e. an element at the very top of the body's functioning ladder.

“It would therefore be good therapy for those patients who have the biggest problems with learning, but not for those who mostly struggle with deficits in the social sphere.”

Although research has not been carried out only on mice, the researchers emphasize that the most important step has already been made, saying: “We already know on which neurons and which molecular path we should focus.”

They add that the nanoparticles used in the experiment are a promising therapeutic tool, already used in cancer therapy. How does the described method differ from earlier attempts to inhibit MMP9 activity in people with autism?

The authors explain that it is much more selective. It concerns a specific symptom, a specific group of neurons and a specific molecular mechanism. This enables them to eliminate side effects and only correct actual problems.

Dr. Knapska said: “This approach is important because a change in the activity of correctly functioning neuron groups usually leads to disrupting their function, which in turn causes side effects. It is therefore important to distinguish between the neurons, whose functioning is disrupted, and those that function properly.”

Scientists hope that in the future, the treatment method they have invented can be used not only in patients with autism spectrum disorder, but also in people with other neurodevelopmental disorders.

They said: “In many cases, we know the genetic cause of such disorders, we know which gene is mutated or which molecular mechanism does not function properly, but we lack knowledge how such a mutation translates into the functioning of specific groups of neurons in individual people. Acquiring this knowledge would allow to develop properly targeted therapies.”

Dr. Puścian added: “The causes of autism are very complex. However, research such as ours gives hope to locate groups of neurons and molecular paths associated with them, which are behind specific symptoms in various patients with ASD. This, in turn, gives hope for designing individual therapies that target the symptoms of a particular patient.”