Effect of ‘phubbing’ on relationships depends on how it is perceived, says researcher 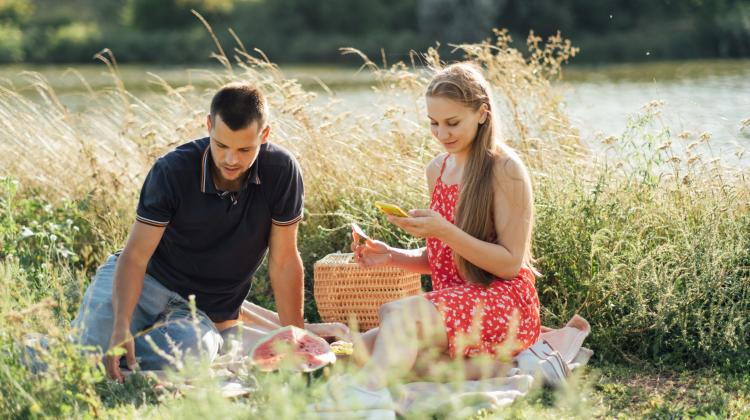 Phubbing, in which a person snubs someone in favour of their mobile phone, is more to do with how phone-use is perceived than with the state of a romantic relationship, says new research.

Already studied in various contexts relating to friends, peer and work contacts, PhD student Michał Frąckowiak from the University of Lausanne, has now studied the phenomenon in heterosexual romantic relationships.

Wanting to find out how a partner's phubbing level affects the other partner's satisfaction with the relationship, he used a daily diary study with 133 participants.

The participants filled the same questionnaire for seven days and were asked how much time they spent with their partner and whether the partner used the phone during this time.

There were also questions about emotions, satisfaction with the relationship, or the degree of feeling that the partner was listening.

The higher level of phubbing by the partner did translate into that partner being perceived as less accessible, less ready to listen. Still, on the days when the partner's phubbing was at a higher level, a decrease in the level of satisfaction with the relationship was not observed.

Commenting on his research, Frąckowiak said that using a phone in the company of others should not be automatically treated as a pathological phenomenon.

A smartphone, he said, is a device that not only allows you to contact others, but also gives access to a bank account, calendar, sources of information about the world, shopping and even remote work.

He added: “But remember that if you use this device during direct contact with another person, all this network enters the relationship and not every person will be understanding.”

Frąckowiak said: “If someone does not feel safe, the fact that their partner disappears into the phone during a conversation can cause jealousy, lack of understanding, uncertainty. But this isn’t the rule.”

The researcher believes that using a phone in the company of a partner is not necessarily a modern-day equivalent of reading a newspaper at breakfast. With a newspaper, it was more or less known what content could be expected. “And when someone uses a phone, the other person does not necessarily know what is happening on the screen,” he said.

The person on the phone could be thoughtlessly scrolling social media, or looking for information that will be useful in a conversation with the partner. They could be exchanging important messages with their supervisor, or maybe flirting with someone. They could be getting into an unproductive argument with strangers, or preparing a nice surprise for the partner.

Considering that the use of a phone in the company of another person sometimes meets understanding and indulgence, and sometimes not,

Frąckowiak said it is worth talking about it directly with the partner.

A person who is bothered by phubbing should directly tell their partner about it. And the other person should be given an opportunity to explain why using a phone in this very moment is so important to them. In a sincere conversation, partners may be able to work out good habits that will suit them both.

The study was published in the journal Computers in Human Behaviour.