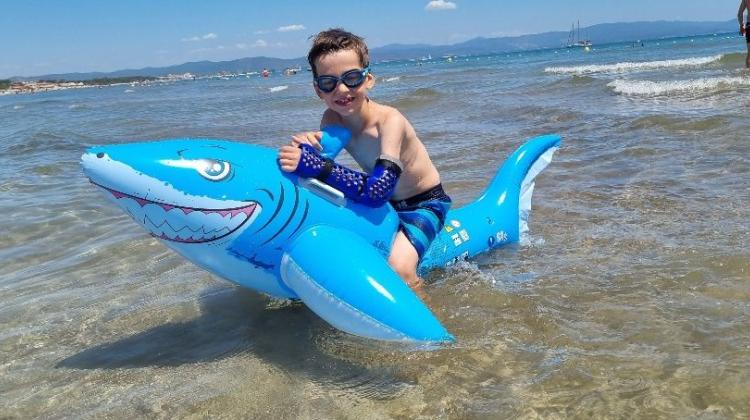 Engineers from the Poznan University of Technology have automated the process of designing and manufacturing limb orthoses and prostheses.

The personalized orthoses can be cheaply, quickly and easily made on 3D printers. AutoMedPrint was awarded the title of the Polish Product of the Future.

Openwork hand orthosis that is lighter and more comfortable than ordinary cast? A cheap and easy-to-make prosthesis that will enable a child with a congenital lack of an arm to ride a scooter or paint? Or help an adult after amputation to return to cycling? The first Polish users are already using the solutions developed by engineers from the Poznan University of Technology.

Project leader, Dr. Filip Górski, a professor at the Poznań University of Technology said that so far orthoses and prostheses have been mainly produced manually. Now it will be possible to transfer the whole task to machines. Scientists from his team not only prepared their own innovative designs of orthoses and prostheses, but also automated the process of their production. They developed an algorithm that, based on the data from the hand scan, prepares the design of the orthosis that can be immediately sent to a 3D printer. If everything goes smoothly, the structure can be ready within a few hours.

The researchers showed how to avoid the tedious, labour-intensive specialist's involvement process of creating an orthosis model.

Despite the fact that cheap and easily available 3D printers are used in the production process, and the orthoses are made of plastic, the structures are durable and perform their functions.

Dr. Górski estimates that for the time being, the cost of an orthosis should not exceed PLN 100, and an upper limb prosthesis – a few hundred zlotys. He hopes that these products would be cheaper by an order or even two orders of magnitude than the currently available professional counterparts.

The researcher notes that a plaster cast is heavy, not breathable, and the skin underneath macerates. 3D printed orthoses are different. Their structure is openwork, and the skin underneath breathes. Thanks to this, the damaged limb is not additionally burdened. For example, the AutoMedPrint wrist brace for a child weighs between one and two hundred grams.

The scientist says that so far prostheses have been a big expense, especially for parents of children with congenital limb loss. The child grows quickly, and prostheses need to be often replaced with larger ones. On top of that, users often use several prostheses because different designs have different functions. The use of 3D printing technology would therefore significantly reduce costs for such families.

“Our contacts with young patients show that a very desirable feature of the prosthesis is that it can be quickly removed,” says Dr. Górski and emphasizes that this is why his team has developed a method of attaching the prosthesis that gives users this freedom.

For now, to get the AutoMedPrint brace design, the limb has to be scanned with a structured light 3D scanner. The researcher does not rule out that in some time, when precise scanning techniques will become more available, even a scan made with a smartphone or tablet will suffice.

Dr. Górski believes that it is no longer a futuristic vision that a hotel guest in a ski resort, who sprains his leg on the slope, receives a personalized orthosis at the reception in the morning. Or a hospital patient with a broken arm can use a 'tailor-made' brace after a few hours.

The researchers are still in the process of completing the case database to more effectively automate the production process of prostheses and orthoses. However, they are already thinking about clinical trials and implementation of the solution. In 2018, the project received funding under the LIDER project of the National Centre for Research and Development. In July it was awarded the title of the Polish Product of the Future.