High doses of supplements are a huge problem, says endocrinologist 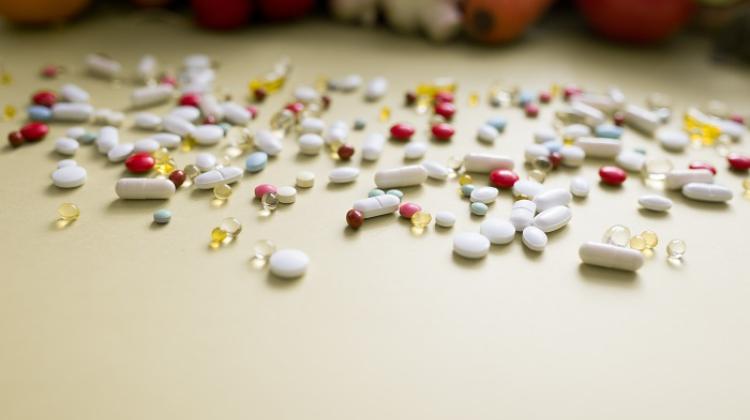 Excessive supplementation has become a huge problem, leading to serious health issues that can be life-threatening. Some patients decide to take extremely high doses - taking preparations for large animals, endocrinologist Szymon Suwała says in an interview with PAP.

The endocrinologist from the Department of Endocrinology and Diabetology of the Antoni Jurasz University Hospital No. 1 in Bydgoszcz points out that, as a rule, supplementation is the additional supply of substances to the body (by means of tablets, capsules or other forms) that we are not able to supplement with the diet. He emphasises that if something cannot be provided in the diet, a supplement is supposed to provide it, but the best form of taking all nutrients, elements, and microelements should be a diet.

He said: “As an endocrinologist, I most often encounter cases of overdose or excessive supply, excessive supplementation of vitamin D. The issue of vitamin deficiency is a problem, a global one, and in Poland 80-90 percent of the population is vitamin D deficient, hence so much talk about the need to take this vitamin. However, we should take vitamin D in appropriate doses.”

The dose of vitamin D in the prevention of its deficiency varies depending on body weight, type of work and many other factors, but it is more or less a dose from 400 to 2,000 units per day, and in the case of the elderly up to 4,000 units per day. Vitamin D is also produced by our own bodies, by the skin, which happens as a result of adequate exposure to solar radiation.

Suwała said that in his practice he also sees people who use dietary supplements that contain a much higher dose of vitamin D, and that some people take preparations that are not intended for humans. One of the patients, who had suffered from successfully treated hypothyroidism in the course of Hashimoto's disease, was taking a 50,000 units vitamin D supplement every day; it was a feed preparation for horses. She did this because she found advice on the Internet that she should take care of a sufficiently high level of vitamin D.

According to endocrinologists, the level of vitamin in the blood serum in humans should be in the range of 30-50 ng/ml, while on the Internet there are opinions that it should be above 80 or 100 ng/ml.

Suwała said: “These are made up numbers that are not supported scientifically. The patient followed the advice of one of her friends to use a specific horse feed formulation. It was 50,000 units of vitamin D per day, and this tablet also contained vitamin K2MK7. That vitamin was intended to counteract vitamin D overdose and hypercalcemia - elevated levels of calcium. She also took other supplements.”

After this 'treatment', the patient came to an endocrinologist with abdominal and joint pain, dizziness, muscle pains and a feeling of fatigue and paresthesia (abnormal sensation as a result of damage to peripheral nerves). The woman came to the visit with test results that showed an increase in calcium levels and admitted to having used vitamin D in such a large dose for several months. Hospital tests showed an extremely high concentration of vitamin D - 420 ng/ml. Kidney stones developed as one of the complications of hypercalcemia. Due to excessive calcium levels, the patient also had neurological symptoms and cardiac arrhythmia.

Suwała said that the treatment was relatively simple as it involved withdrawal of vitamin D, hydration and the introduction of anti-hypercalcemia medications. Fortunately, the patient's story ended well, but there could have been a hypercalcemic crisis - a life threatening calcium concentration.

The doctor notes that a case has been described in a prestigious medical journal of a sick patient using a 'vitamin therapy' recommended by a dietitian, which included 25 different substances, including vitamin D - 150 thousand units per day.

Suwała said: “The treatment led to a successful outcome, although irreversible changes in the body, and even death, could have occurred.”

He also mentions the case of a patient who came to him by accident because he could not get a visit to another endocrinologist recommended by a doctor specialising in tick-borne diseases. The patient sought a tick-borne diseases clinic online in connection with ailments and test results indicating Lyme disease.

Suwała said: “In that clinic, the patient was recommended to use the controversial ILADS method, consisting in very long-term use of antibiotics and antifungal drugs, and in addition a lot of herbal supplements and vitamins, including D and C in absurd doses - that is a pseudoscientific theory of treating tick-borne diseases', the endocrinologist says. (PAP)