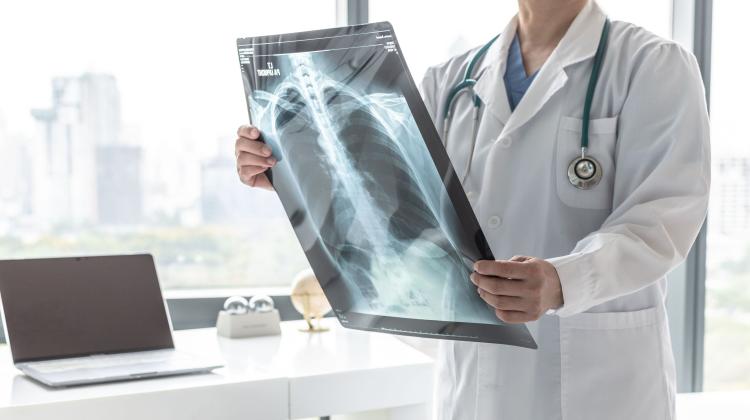 Lung cancer is the biggest challenge for oncology with 23,000 people in Poland being diagnosed with the disease every year.

According to the Medical Research Agency, the diagnosis often comes too late, with just over 10 percent of patients in Poland surviving five years after diagnosis, making the disease the leading cause of death from cancer among both women and men.

A press release released by the agency said: “In a locally advanced disease, non-eligible for surgical treatment, immunotherapy can only be used in relatively few patients in general good condition, in whom it is possible to carry out a simultaneous radical radio-chemotherapy.”

A large group of patients with significantly advanced disease, comorbidities, and impaired general condition cannot be qualified for simultaneous radio-chemotherapy and is not qualified for immunotherapy. On the other hand, as the agency points out, there are numerous reasons indicating that in such cases, attempts to combine shorter radiotherapy and chemotherapy regimens with immunotherapy may be justified.

The project financed by the Medical Research Agency 'Conformal hypoplastic radiotherapy in combination with immunotherapy with atezolizumab in previously untreated patients with advanced non-small-cell lung cancer' compares tolerance and effectiveness of advanced, precise, shortened radiotherapy combined with chemotherapy in combination with immunotherapy.

According to the agency, the immunotherapy drug will be atezolizumab - a drug with a well-known anti-cancer effect and well-tested safety.

Lead researcher Professor Rafał Suwiński said: “We plan to include 96 previously untreated patients with stage 3 non-small cell lung cancer, in whom it is not possible to use a simultaneous radical radio-chemotherapy with supportive immunotherapy. (...) Patients participating in the study will be randomly assigned to one of the two groups. We expect an improvement in the percentage of 3-year survival of patients in the experimental arm by about 15% to 20%, compared to standard treatment.”

He added that researchers expect to be able to identify the subgroups of patients with greater chances of survival than among all patients.

According to Professor Suwiński: 'For the patients, participation in the study does not differ significantly from treatment outside the study.