Lynx adjust the time of birth to the climate 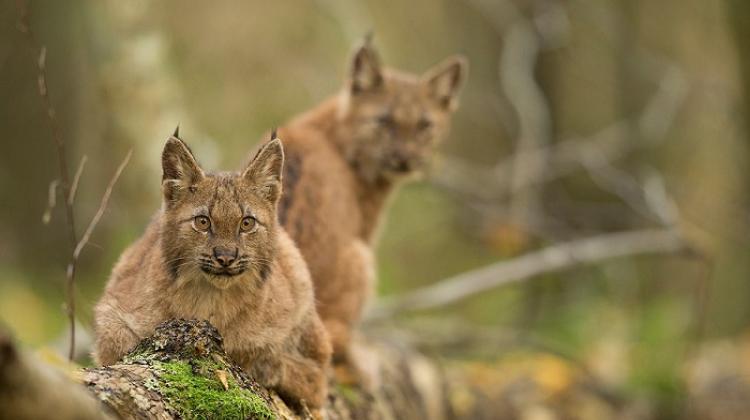 Despite the reproductive synchrony of lynx in Europe, these large predators are able to adapt the timing of birth to different climatic conditions. This was demonstrated in the study by international team of researchers with the participation of Polish scientists.

The Eurasian lynx (Lynx lynx), as scientists recalled in a press release sent to Science in Poland, occurs in Europe and Asia in three of the four major climatic regions of the world. This makes it an ideal species for research on reproductive phenology, i.e. the influence of climatic conditions on the seasonality of lynx reproduction. Lynx radio-tracking conducted over the last decades, from the Balkans and Turkey in the south - to Scandinavia in the north, allowed to obtain data on the reproduction of 169 females. In total, 313 reproductive cases were analyzed. Part of the data was collected during the research on the ecology of this species in the Białowieża Primeval Forest conducted by the Mammal Research Institute, Polish Academy of Sciences in Białowieża. The research has just appeared in the journal Ecology and Evolution.

"It turned out that 90% of lynx births take place within one month: between May 12 and June 13, averaging: around May 28. But the further north, the later births occur. In southern Europe, lynx are usually born approx. May 24, and in northern Europe - June 5" - the authors of the study say.

"The date of delivery depends to the greatest extent on the temperature of May. The colder, the later births occur, which explains the delay in births in the north of the continent. Interestingly, lynx are born in the south of their range at a temperature of approx. 11 degrees C, in the center - approx.  7 degrees C, and in the north at a temperature of only 3 degrees C. It also turns out that in the north of Europe there is a greater synchronization of births, i.e. the young are born in a shorter time window than in the south of Europe " - explains prof. Rafał Kowalczyk from the Mammal Research Institute, Polish Academy of Sciences in Białowieża, one of the co-authors of the article.

This suggests that lynxes are born later and have more synchronized births when exposed to cooler spring temperatures, especially when the window of favorable conditions for raising kittens is shorter. Lynx also synchronize the dates of births with the breeding season of their main prey: roe deer in the north and in the center of Europe, and chamois in the south of the continent.

As part of the research, scientists also obtained unique data on the survival of kittens. They analyzed a total of 245 litters, totaling 532 kittens. Mean number of kittens in a litter at den visits in summer was 2.2, but at the onset of winter it dropped to 1.2 kittens.

About 30 % of females lost the complete litter, and 46 %t. kittens died before onset of winter. The most important factor influencing the survival rate of kittens is the availability of food, which has already been demonstrated by previous studies in the Białowieża Forest. The female, who alone cares for the kittens, must spend a considerable time away from the birth site hunting already from an early age of the kittens, leaving them exposed, which increases the risk of hypothermia and dying. Whether kittens were born relatively late or early did not affect kitten survival. On the other hand, kittens from litters of two had a higher probability of surviving than kittens from litters of three – as report scientists.

"Reproductive success is extremely important for the development of the population and the survival of the species. Many lynx populations are already threatened by environmental fragmentation and very low genetic variation. Therefore, the results of this study indicate high plasticity of lynx in terms of adapting breeding dates to a wide range of temperatures, which gives hope that these big cats will be able to respond effectively to the changes of climatic and environmental conditions in the future"- adds Prof. Krzysztof Schmidt from the Mammal Research Institute, Polish Academy of Sciences, who was in charge of the lynx research in Białowieża Forest.