War puts transport of Polish bison to Chernobyl on hold 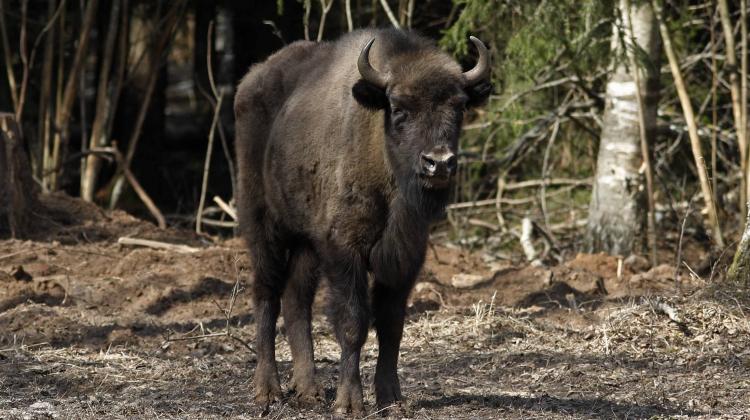 Plans to transport European bison from Poland to Chernobyl in Ukraine have been put on hold because of the ongoing war.

Initially delayed because of the Covid-19 pandemic, the Polish scientists and experts in cooperation with Ukrainian institutions had wanted to send around eight bison from the Białowieża Forest to Chernobyl as part of the International Union of Nature Conservation (IUCN).

Project organiser Tomasz Pezold Kneževć said: “The area of the exclusion zone around Chernobyl could be called the largest strict nature reserve with a unique area of about 0.5 million hectares (about 250,000 hectares on the Ukrainian and Belarusian sides each).

“For comparison, the area of the Białowieża Forest is less than 142 thousand hectares on the Polish and Belarusian side.”

In 2004, the International Union of Nature Conservation prepared a protection plan for European bison, in which Chernobyl was included as a potentially very good place for this species. A few years ago, Pezold Kneževć proposed implementing the idea.

Special permits had to be issued by Polish authorities, including the General Directorate for Environmental Protection and the Ministry of Climate and Environment.

After the Chernobyl nuclear power plant disaster, radiation in the Chernobyl exclusion zone now only occurs in certain spots, and nature's rebirth proceeds surprisingly well there.

Pezold Kneževć said: “Wolves, lynxes and ungulates returned to the area that was quite intensively used by people before the power plant disaster. Even bears are doing great - the area has become a nature's paradise.”

He added that although the European bison is still on the list of endangered animals, the species density in Poland is already very high and experts are worried that it can be attacked by a disease that will destroy the effort put into its reintroduction. Scientists try to regularly transport Polish bison to other countries (for example Romania, Serbia and Spain).

He said: “Bison populations in Poland are descendants of a dozen or so individuals, so there is a risk of diseases as a result of which the animals will start to die off in large numbers.

“Scattering individuals is a good way to prevent it. In addition, in Poland there is already a shortage of convenient places for new bison populations.

“The long-term vision is to restore the natural ecosystem in Chernobyl, one that functioned hundreds or even thousands of years ago. There is no other such place - on this scale.”

In terms of organization, preparation of the transport of the first eight or nine bison from the Białowieża Forest ended in winter 2020/2021. Captured individuals were in very good health, with a sex ratio of 2: 1 (two females per one male). The proportional representation of the age of individuals was also ensured.

The pandemic put all activities on hold, but they were resumed in the following winter.

Pezold Kneževć said: “Enthusiasm was huge in both Poland and Ukraine. Preparations for catching animals began in winter in the Białowieża National Park. At the end of February we were supposed to transport them, but the war broke out.”

The Polish scientists from WULS-SGGW involved in the bison relocation project are representatives of the Bison Lovers Association, an organization that has already conducted many similar projects. The organizers continue to monitor warfare in Ukraine.

Pezold Kneževć continued: “Before the war, we built an acclimatization pen in Chernobyl, in which the bison would spend a few weeks after transport. It turned out that the Russians not only did not destroy it, but according to the information we were able to obtain, they also did not deploy mines in this area.

“Access roads have also been preserved in good condition.

“We are waiting for the war conditions to allow us to complete the project. We estimate that we could resume the activities next winter.”

The project is coordinated by WWF Polska, WWF Ukraine and the administration of the Chernobyl Reserve, which will be responsible for bison monitoring. Expert analysis is provided by scientists from the WULS-SGGW and the Schmalhausen Institute of Zoology of National Academy of Sciences of Ukraine.