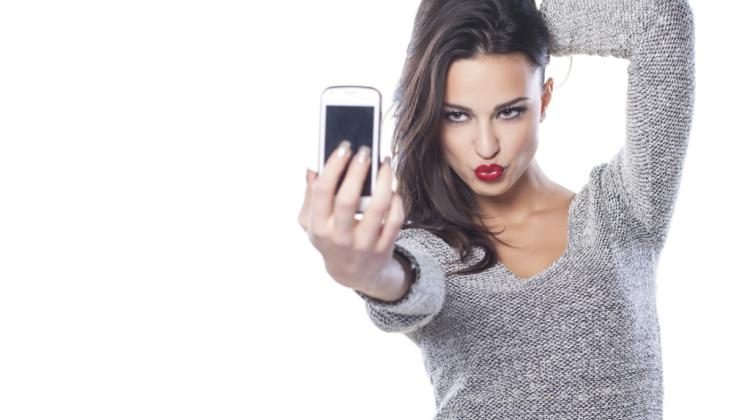 Narcissism is positively associated with a tendency to become addicted to social media. This addiction can develop not only as a compensation mechanism among people with high interpersonal sensitivity and weak social relations, but also as a result of inefficient self-regulation expressed in antagonism and hostility towards others, a Polish study shows.

Narcissism is one of the basic risk factors of Social Networking Sites (SNS) addiction and scientists have known this for a long time. However, most of the previous studies have ignored its heterogeneous character. Two psychologists from the University of Gdańsk decided to analyse four different aspects of narcissism - admirative narcissism, communal narcissism, rivalrous narcissism, and vulnerable narcissism - and check if and how they favour addiction to social networks.

“Theoretical models and empirical research on addiction to social networking sites emphasize the role of predisposing factors for this disorder,” says Julia Balcerowska and Artur Sawicki from the Institute of Psychology of the University of Gdańsk, “The most frequently cited predictors include: young age, gender (there are more women in the group of people with problematic use), mental problems and certain personality traits, such as impulsiveness or narcissism.

“In our research, we assume that social networking sites offer the opportunity to enhance the +I+, and sometimes even create its better or even perfect version. These platforms may satisfy the need to self-recognize and self-promote. At the same time, all social interactions occur online, making these places safe for people with lower self-esteem, sensitive to rejection or convinced that they do not have the competence to establish satisfactory relationships offline,” say the authors of the publication in Personality and Individual Differences.

The unlimited possibility of self-enhancement and self -promotion, combined with controlled self-presentation and a chance to avoid direct exposure in interactions with others, make the use of social networking sites strongly gratifying, and a convenient way to satisfy the narcissistic needs of recognition, uniqueness or popularity. And because these gratifications are easy to achieve, they do not require too much effort or time, they can cause a gradual limitation of a range of other available ways of satisfying these important needs, which can lead to addiction.

What is addiction to social networking sites? Is this a common problem today?

“According to Goodman's definition, addiction is a process in which a behaviour that can function both to produce pleasure and to provide escape from internal discomfort is employed in a pattern. This behaviour is also characterized by loss of control, compulsion and continuation despite negative consequences,” says Balcerowska. “Behavioural addictions are forms of disorders related not to taking psychoactive substances, but to uncontrolled and compulsive performance of certain activities.”

According to the latest World Health Organization classification, in the subcategory of disorders related to compulsive behaviour, there are two behavioural addictions: disorders related to gambling and playing games. However, as the authors of the publication explain, this category was 'opened' to some extent by adding the subcategory 'other specific disorders due to addictive behaviors'. “Some experts propose to include additionally addiction to pornography, shopping and social networking sites in this group', say the University of Gdańsk researchers.

They add that the latter phenomenon consists in excessive focus and motivation to log in and use social networking sites, devote time and commitment to them, which in turn affects the deterioration of functioning in other spheres of life: work, learning, relations with others, and also negatively affects health and mental well-being.

As for the scale of the phenomenon, the latest meta-analysis based on data collected from nearly 35,000 people from 32 countries shows that although the prevalence of compulsive use of social networking sites varies depending on the diagnostic criteria, it can be assumed that about 5 percent of users are actually addicted. Intercultural comparisons have shown that in collectivist countries (where the community and belonging to the group are the most important factors), the percentage of people at risk of addiction is twice as high (31 percent) than in individualistic countries (14 percent), i.e. those where the individual is more important than the group.

The authors of the publication add that in their study they focused on narcissism as a personality trait, and not on a narcissistic personality disorder. “Narcissism is a trait that everyone has to some, smaller or larger extent. We assumed that the basis of narcissism is egocentric exceptionalism, feelings of superiority and self-importance,” they say.

Various self-enhancement and self-protection strategies are used to maintain and protect this belief.

For the purposes of the study, narcissism thus understood was divided into prime factors, or aspects. The authors separated and examined four of them: admirative narcissism, communal narcissism, rivalrous narcissism, and vulnerable narcissism.

Balcerowska says: “Although this may seem counter-intuitive, exhibiting warmth or morality can be used for selfish purposes. (...) This includes, for example, flaunting behaviours that are supposed to prove one's moral superiority.”

The results have shown that narcissism is an important personality factor that increases the risk of addiction to social networking sites, with its individual aspects independently predisposing to compulsive behaviours.

According to the researchers: “Based on our research, we can conclude that the relationship between narcissism and addiction to social networking sites can be explained by two narcissistic motives: self-enhancement and self-protection. In the case of self-enhancement, communal narcissism turned out to be significantly associated with addiction. (...) This may be due to the fact that social platforms are created and function as a place of social exchange and building relations with others. However, the motive of self-protection is also important for the relationship between narcissism and addiction, so both the rivalry and vulnerability were associated with a greater risk of the development of addiction.

"Addiction to social networking sites may be the result of compensatory coping with social competence or interpersonal sensitivity deficiencies; addiction may also result from non-adaptive emotional regulation among distrustful and hostile people'.

The team now plans to continue researching the issue. “This paper can be treated almost as a preliminary study, because it does not allow us to make a conclusion on the mechanisms behind the effects we have discovered,” says Balcerowska. “The collected data are also insufficient to answer the question about the direction of these dependencies: whether narcissism prompts the compulsive use of social networking sites, or maybe the opposite - that addiction to social networking sites makes people become more and more narcissistic. Added to this is the intercultural thread: whether the effects we have discovered are universal or specific to our culture.”