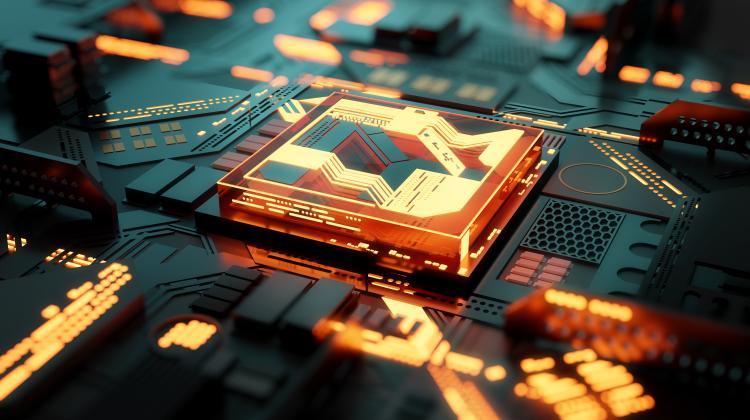 Until now, a certain quantum phenomenon has only been observed in complex experiments, in extremely cold pairs of alkaline metals. Now, for the first time, it has been shown also in a solid - in a common semiconductor, copper oxide, one of the ingredients of a mineral called cuprite.

This now gives hope for building smaller and easier to manufacture processors for quantum computers.

Researchers from France experimentally confirmed the theory proposed by physicists from the Bydgoszcz University of Technology. In a copper oxide crystal, they observed certain non-linear optical quantum effects, previously observed in super cold gases. More precisely: they proved that non-linear Kerr effect can be observed in certain solid state systems.

This effect occurs in copper oxide crystals. And in nature, copper oxide occurs in a mineral called cuprite. This mineral with an intensive red colour is mined in Namibia.

This is important news for those who are waiting for quantum computers to become more available. The effects described by researchers can be used to process quantum information. Physicists from the Fotonics and Quantum Engineering team of the Bydgoszcz University of Technology hope that they will be used in the construction of quantum gates (which are necessary to perform calculations in quantum computers).

The quantum world is extremely crazy, but quantum effects are usually very fragile - they are unimaginably short, are observed in a tiny space, and in addition are very susceptible to the influence of the environment.

One of the popular ways to study quantum phenomena are very complicated research systems that occupy entire laboratories. Scientists need extremely diluted gases (and to produce them they need a vacuum pump) and most often extremely low temperatures. In the case of experiments with individual atoms, they must be trapped in magneto-optical traps.

Dr. Ziemkiewicz told PAP- Sciene in Poland: “It is hard to imagine such demanding systems installed in quantum computers, which - as we quietly hope - we will have in our homes someday. The chance to develop and promote devices using the tricks of the world of nanoparticles is showing that the same quantum effects we know from gases also occur in small and easy to manufacture solid state systems.”

The researchers showed that the degree of refraction of light passing through the solid (copper oxide crystal) can be changed in a non-linear way. Quantum opticians previously observed this phenomenon in diluted atomic pairs.

Such a non-linear phenomenon, known as the Kerr effect, is possible in this case thanks to exciting Rydberg excitons inside the copper oxide crystal. Rydberg excitons are structures with quantum nature, so-called quasi-particles.

Under the influence of laser radiation, in the Cu2O crystal an electron is excited from valence to conduction band. Together with the hole that remains, it forms something similar to a large hydrogen atom. Usually, like in a hydrogen atom, such an electron is located on the first, lowest orbit. It is different with Rydberg excitons - the orbit number can be in the order of 30.

Such an unusual creation is both a giant and a Methuselah in the quantum world. Professor Zielińska-Raczyńska added that the sizes of excitons observed in the experiment reach 5 micrometers, the thicknesses of cobweb threads, and the life of this highly excited quasi-particle is counted in microseconds, which is really long - even compared to the operations performed in ordinary computers. Rydberg exciton is therefore a quantum object that can be manipulated quite efficiently, for example employed to perform calculations.

The experiment shows that under the influence of the appropriate stream of photons interacting excitons appear in the crystal. They modify the refractive index of light that passes through the crystal. The light that exits the material carries information about what was happening between the excitons.

Now researchers can think about designing logic gates that would operations on photons, with excitons as an intermediary enabling the interaction between photons.

Professor Zielińska-Raczyńska said that compared to experiments in diluted gases, such a research system is simple: a tiny copper oxide crystal ('our French colleagues bought it on ebay') should be cooled down to 40-100 Kelvin ('ultimately just liquid nitrogen') and illuminated with a laser ('not necessarily the highest class one'). In the long run, this is a chance for cheaper, smaller, quantum computers with simple construction.

Physicists point out that quantum phenomena that take place in this experiment are already quite well understood because they were previously examined in these uncomfortable but extremely precise systems - in ultra-cold gases interacting with light.

All that remains is designing cuprite-based systems. In other words, the development of a quantum processor, in which quantum bits, or qubits, will be Rydberg excitons. According to the researchers from Bydgoszcz University of Technology, the transition from basic research to applications is a matter of a few years.

Dr. Ziemkiewicz said: “I hope that copper oxide will become for quantum computers what silicon was for conventional computers.”