Emphasizing success instead of failure can reduce procrastination, says psychologist 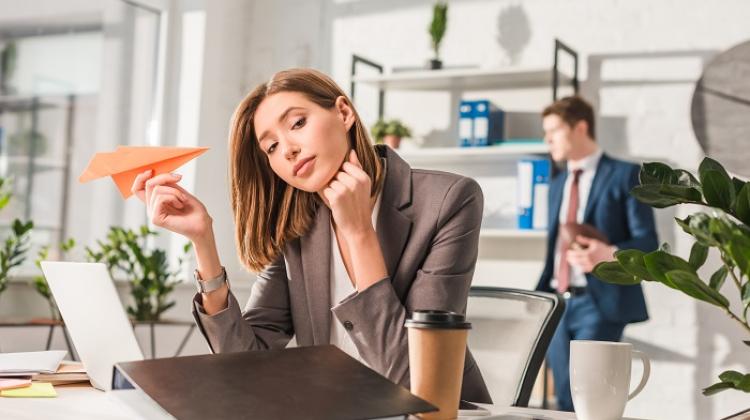 Scientists have found that giving positive feedback can reduce people’s tendency towards procrastination.

The team from the Emotion Neuroscience Lab at the Poznań branch of Warsaw’s SWPS University discovered that people who delay performing tasks have problems with certain cognitive activities, mainly connected to the process of attention.

Dr. Jarosław Michałowski, a professor at SWPS University of Social Sciences and Humanities and dean of the Faculty of Psychology and Law of the SWPS Branch in Poznań, who is also the head of the lab said: “Participants of our studies perform various tasks on the computer. We draw conclusions based on the behaviour of participants and their brains' activity, studied by means of EEG.”

As part of the new study, scientists compared two groups of people - with high and low tendency to procrastinate. Each group consisted of a minimum of 40 people. The researchers found that people struggling with procrastination had problems with certain cognitive activities.

Dr. Michałowski said: “Cognitive activities are a set of various competences we need to consistently function in everyday life. These include the ability to focus and maintain focus on important tasks, remember and recall from memory, analyse, control adverse impulses, correct one's own behaviour, set goals and plan ways to achieve them.

“Of course, procrastinators do not have noticeable problems with all these cognitive activities. But, above all, they appear to struggle with control processes, especially attention control.”

His team's research shows that procrastination is related to problems with maintaining focus on the task and the person's weakened reaction to own mistakes.

He continued: “Although these problems did not affect the overall correctness of task performance by procrastinators, they can probably hinder everyday functioning, which is much more complex than the laboratory conditions, in which we conduct tests.”

The problem with maintaining attention and the right reaction to mistakes can sometimes be clearly smaller. This is the case when procrastinators receive feedback that they are doing great and perform tasks at a high level, the scientists found.

Dr. Michałowski said: “This is important from the point of view of preventing procrastination.

“The hope of reducing procrastination lies primarily in working on motivation and emotions related to the tasks waiting to be performed.”

Procrastination is associated not only with cognitive difficulties. Dr. Michałowski's research also confirmed earlier results that procrastination was associated, among other things, 'with a higher level of neuroticism, impulsiveness, sensitivity to punishment and fear of failure'.

The researchers also found that that procrastinators do not differ from others when it comes to the ability to effectively inhibit an unfavourable response.

Dr. Michałowski said: “This happens despite the aforementioned problems with maintaining focus. We do not know whether in the complicated everyday life, attention problems would not affect the effectiveness of inhibition, for example whether losing focus while riding a bike would not delay the reaction of braking when encountering an obstacle.”

The research also revealed that “the lower focus of procrastinators appears not to be the result of their increased distraction by external stimuli.”

“Although some people are more at risk of developing procrastination - if only because of the above properties of cognitive processes - it is obviously possible to work on reducing this risk or lowering an already developed tendency to procrastinate.

“There are several studies on the effects of procrastination therapy. So far, the techniques used in cognitive-behavioural psychotherapy seem to be the most effective ones.”

He added that they will have begun research into the effectiveness of the mechanisms of certain cognitive and behavioural methods of procrastination therapy “to help people who are struggling with delaying tasks.”