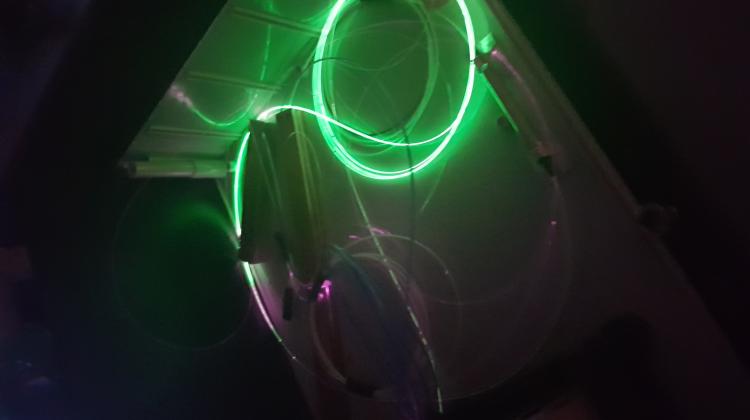 A series of identical, ultra-short optical pulses generated with a fibre optical loop could be used, among other things, for coding and sending optical information',

According to the Military University of Technology, the laser fibre technology known as ‘bound-state solitons’ produces radiation in the spectral range of near infrared.

Lead scientist Dr. Maria Michalska said: “In the thulium-doped fibre laser, the generation of ultra-short pulses, i.e. pulses with the duration of billionth parts of the second, is achieved with a fibre optical loop. This loop acts as a mirror with a non-linear transmission factor.”

Presenting their method in Applied Sciences (https://www.mdpi.com/2076-3417/12/3/1664), the paper presents pulse work of the laser in three different modes - depending on the polarization controller setting.

Firstly, the scientists describe a way to generate individual optical pulses with a femtosecond duration. Secondly - the generation of several pulses of the same energy and the same duration (bound-state solitons). Thirdly - the generation of a packet of ultra-short pulses with chaotic nature differing in the amplitude and duration ('noise-like' pulses).

According to the scientists, noise-like pulses could be used as a pump during the generation of supercontinuum radiation in the mid-infrared region.

Dr. Michalska said: “If we were able to regulate the distance between bound-state solitons, then this type of pulses could be used to send and code information in optical communication.”