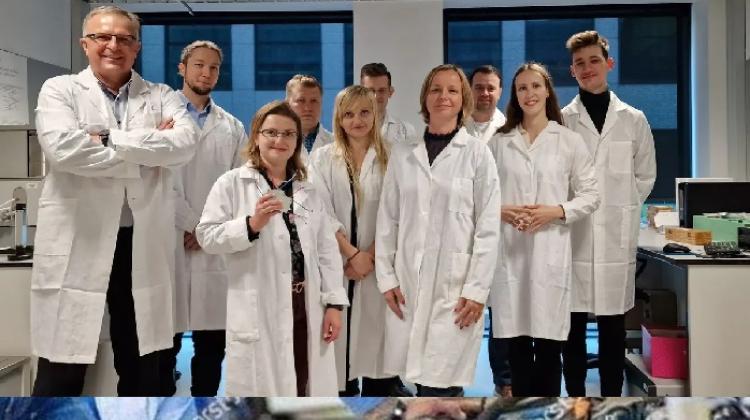 Scientists from the AGH UST, the Łukasiewicz Research Network and the Institute of Physics of the Polish Academy of Sciences in Warsaw have developed thermoelectric modules with a power density more than 10 times higher than in photovoltaic cells. They are now looking for an investor to create a prototype production line and reduce production costs.

Only 40% of the energy that comes from burning coal and hydrocarbons is used, the remaining 60% dissipates in the air in the form of waste heat.

One of the technologies that transforms this waste heat energy into electricity are thermoelectric modules. Engineers from Polish centres developed their small version without moving mechanical parts.

AGH UST said: “As in the case of solar cells, the modules are made of tiny semiconductor cubes connected in series.”

Traditionally, thermoelectric elements are placed between ceramic layers that serve as insulators. When one layer is heated up and the other cooled down, an electric field forms which results in the flow of electricity.

For now, thermoelectric modules are not fully used mainly because they are expensive and not very efficient. They are used, for example, by NASA in probes and space rovers. “In this case, the heat, which is then converted into electricity, is produced from the natural decay of radioactive isotopes, e.g. plutonium-238. During space missions, it is difficult to generate electricity using other methods; therefore, price is not the key element in deciding which technology to use,” AGH UST said.

A team led by Professor Krzysztof Wojciechowski from the Faculty of Materials Science and Ceramics, in cooperation with partners from the Łukasiewicz Research Network and the Institute of Physics of the Polish Academy of Sciences in Warsaw, developed and created a prototype of a thermoelectric module with a power density of about 2.5 kW/m2, which beats commercial photovoltaic cells ten times over. The creators claim that they have significantly reduced the cost of their modules in comparison to their commercial counterparts by replacing ceramic layers with cheaper aluminium alloys with better heat conductivity. Those aluminium alloys are more plastic than ceramics, which allows to create modules in almost all shapes and adjust them to specific heat recovery systems.

According to the creators, the technological process and material cost of their solution are 'similar to those of a single solar cell element of the same size'. Professor Wojciechowski said: “Considering the significantly improved power density of thermoelectric converters, the price of 1 W of power should also be markedly favourable than in the case of photovoltaic panels.”

The authors of the invention say that to fully benefit from the advantages of the new technology, we need to reduce the production cost of the converters. They said: “The price of a single thermoelectric module manufactured in a laboratory, where every component was practically handmade by the team members, is comparable to that of a top-shelf smartphone. Automation and mass production would be conducive to bringing the cost down at least to the level of widely available photovoltaic cells.”

The scientists are now looking for an investor who will build a prototype production line. Wojciechowski said that companies that manufacture or develop thermoelectric technologies currently exist only in China, the United States, Ukraine, and Russia.

The scientists have been successfully developing technologies based on the conversion of waste heat into electricity for years. In addition to cheap modules, the scientists succeeded in obtaining 'much more efficient and prospective, albeit more expensive at the moment', thermoelectric materials characterised by record-breaking effectiveness that exceeds 15%.

Wojciechowski said: “Products currently available on the market reach an efficiency of 4% to 5%; those used in Martian rovers, Curiosity and Perseverance, 8%; we have nearly doubled it.”

The effectiveness of energy conversion depends on the thermoelectric figure of merit ZT. Most research teams focus on maximising this particular parameter. AGH UST said: “Meanwhile, the multi-annual research work carried out by Professor Wojciechowski's team proves that materials with good but not bumper ZT values show improved efficiency in a wide range of temperatures.”

To obtain a material with the desired qualities, Professor Wojciechowski's team developed two methods of modifying them to change their structural and microstructural properties.

AGH UST said: “In the first method, the scientists relied on the concept of functionally graded materials, in which, with carefully selected dopes, they can simultaneously regulate two parameters influencing the local value of the ZT parameter: Fermi level and band gap width. In the second method - they developed composite materials that significantly reduce the heat transfer and retain good electrical conductivity.”

Professor Wojciechowski added: “Good thermoelectric material should not conduct heat, but should very well conduct electricity. However, it is arduous to meet these requirements because these two qualities are tied by certain physical properties. What we can do instead is produce a material that would constitute a barrier to heat transfer similar to a sponge or polystyrene foam, while simultaneously conducting electricity as metals do.”

The team's research work has been carried out within projects funded by the Foundation for Polish Science and the National Centre for Research and Development.