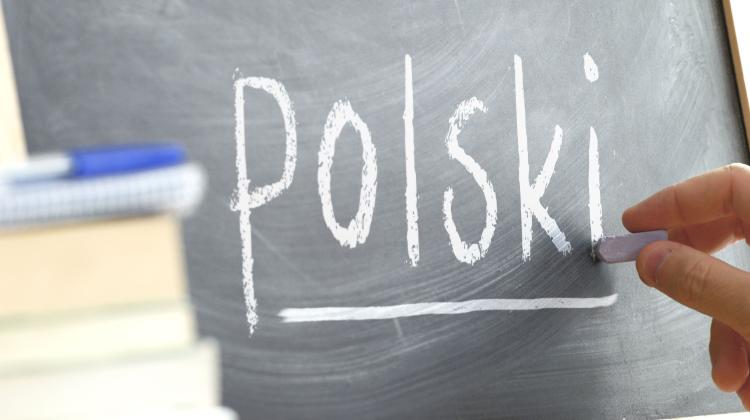 A draft amendment increases the possibilities of obtaining an official certificate of knowledge of Polish as a foreign language in the form of a certificate and creates optimal conditions for organizing Polish language exams.

The draft amendment to the Polish Language Act and the Act on the National Agency for Academic Exchange was prepared by the Ministry of Education and Science.

The proposed provisions apply to entities that participate in the system of confirming knowledge of the Polish language as a foreign language, issuing certificates, including a certificate without having to pass the exam, and the method of organizing and conducting the exams, fees related to the exams and certificates, and exam inspections.

The changes concern the system of confirming knowledge of the Polish language as a foreign language, coordinated by the State Commission for the Certification of Proficiency in Polish as a Foreign Language.

It enables foreigners and Polish citizens permanently residing abroad to obtain a certificate after passing an exam or as a result of a confirmation of the level of knowledge of Polish as a foreign language, without the need to pass the exam.

The amendment authors said: “In addition to issuing certificates, for a fee, the Commission will also issue duplicates of certificates. Another change will enable members of the Commission to perform the function of inspectors, allowing them to directly participate in inspections of exams conducted by authorized entities.”

There are also plans to increase the remuneration of the Committee members. The directory of entities that may apply for the right to organize examinations at specific levels of language proficiency has also been expanded.

The draft law proposes expanding the group of those who will be permitted to apply to the Commission for a certificate without having to pass the exam. For example, persons who have obtained a doctoral degree on the basis of a doctoral dissertation written and defended in Polish at a university or institution operating in the higher education and science system of the Republic of Poland will be eligible to apply for a certificate under this procedure.

The proposed solutions expand on the scope of service for the Commission provided by the Polish National Agency for Academic Exchange. The draft specifies the tasks of the Commission related to coordinating and ensuring the proper functioning of the system of confirming the proficiency in Polish as a foreign language, the implementation of which will be supported by the agency.

The authors said: “In particular, the National Agency for Academic Exchange has been identified as the entity through which the Commission receives applications for issuing the certificate without the need to pass the exam and for duplicate certificates, and to whose bank account fees will be paid for the certificate, duplicate certificate, re-checking and re-grading the written part of the exam, for taking the exam', we read in the assessment of the effects of the regulation.

The primary purpose of the certificate was to certify the proficiency in Polish as a foreign language for academic purposes.

The amendments authors said: “However, as a result of changes that have occurred in a legal environment over the past few years, including the entry into force of the Act of 24 November 2017 amending the Act on Foreigners and some other acts (...), the certificate became a document used mainly for migration purposes. This caused a rapid increase in the number of people interested in obtaining a certificate, in particular at the language proficiency level B1, which confirms that the applicant fulfils the requirement of Polish language proficiency in the event of applying for Polish citizenship (... ) or for a long-term European Union resident permit (…).”

The draft will be agreed upon by November 25 this year and will enter into force 14 days from the date of publication.