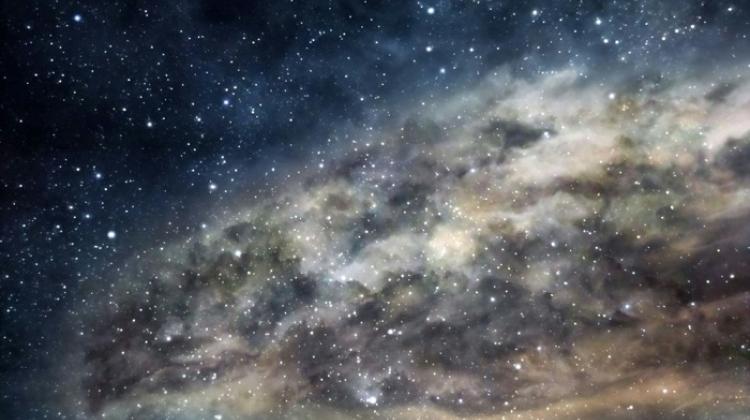 Polish theoretical physicists and Norwegian experimental physicists recreate 'miniature big bangs' in particle colliders to solve the mysteries of the Early Universe. They are looking for answers to questions about the source of surplus matter, the nature of dark matter and what happened right after the Big Bang.

The Polish-Norwegian project pursues five research objectives, including investigating the sphaleron and mini-black hole production at the LHC and its dependence on the mechanism of EWPT, probing new sources of CP violation in the Higgs-fermion sector, or constraining the mechanism of the Electroweak Phase Transition by di-Higgs boson production. They use tools such as machine learning algorithms are used for the analysis, the Faculty of Physics of the University of Warsaw reports.

“There are issues that the Standard Model does not explain: one of them is the mystery of dark matter,” says Professor Stefan Pokorski, whose research involves the search for the most fundamental laws governing the evolution of the Universe.

“The particles we know make up only 5 percent of all matter in the Universe. What exactly is all the rest that we call dark matter and dark energy? Answering this question would be a real revolution in physics.”

Another puzzle is the formation of matter surplus. Initially, matter and antimatter were present in equal amounts, but later, as a result of the asymmetry of interactions in matter/antimatter annihilation, the observed surplus of matter remained. Scientists wonder why this happened and search for dark matter 'candidates'.

Theoretical physicists propose various theories that need to be verified experimentally. The essential cooperation between theory and experience is possible, as emphasized in the Faculty of Physics of the University of Warsaw press release, thanks to a grant obtained in the GRIEG competition for research projects carried out jointly by research teams from Poland and Norway.

The scientists led by Professor Stefan Pokorski are researchers from the team of Professor Anna Lipniacka from the Department of Physics and Technology of the University of Bergen. Researchers are doing a dark matter 'casting'.

“The Large Hadron Collider allows to 'recreate' the phenomena that took place in the very Early Universe, the energies generated there, up to 13 teraelectronvolts (TeV), correspond to the energies of particles in the Universe one billionth of a second after the Big Bang,” explains Pokorski.

Should we search for the emergence of Dark Matter even earlier in the history of the Universe? According to the professor, that is not doable for now, because it is impossible to increase the energy produced in the LHC. It is, however, possible to increase the precision of measurements at existing energies and more precisely analyse data from the LHC detectors. Physicists hope that this will allow to capture phenomena that have escaped their attention. They point out that the LHC detectors record billions of collisions per second, but only some of these measurements are recorded and subjected to further analysis.

The Universe is about 13.6 billion years old, but knowledge about its early period is still incomplete. Immediately after the Big Bang, the Universe was much smaller and hotter than it is today. It was filled with a trillion-degree plasma of elementary particles. As a result of the cooling and expansion of the Universe from this 'hot soup', protons and neutrons began to form from quarks and gluons and merge into atomic nuclei in the process called nucleosynthesis. Over time, electrons began to cluster around the nuclei and atoms were formed.

Modern physics has provided a description of the phenomena that occurred in the Early Universe one second after the Big Bang. In the 1970s, the theory of elementary interactions was created, the Standard Model, confirmed over the following three decades in experiments conducted in particle accelerators, including the Large Hadron Collider (LHC) at the European Organization for Nuclear Research CERN in Geneva.

The world's most powerful accelerator, located in a 100-meter, circular underground tunnel, consists of a 27-kilometer ring of superconducting magnets with a series of accelerating structures. It allows particles moving at speeds close to the speed of light to collide with each other. The results of these collisions are recorded by elementary particle detectors, including two large ones: ATLAS and CMS. The launch of the LHC made it possible to conduct groundbreaking experiments in physics, including the discovery of the Higgs boson and pentaquarks. However, there are mysteries that the LHC experiments have not answered yet.

The project 'Understanding the Early Universe: interplay of theory and collider experiments' is funded by the Norwegian Financial Mechanism 2014-2021 and operated by the Polish National Science Centre.