Polish physicists know how to reduce heat loss through windows 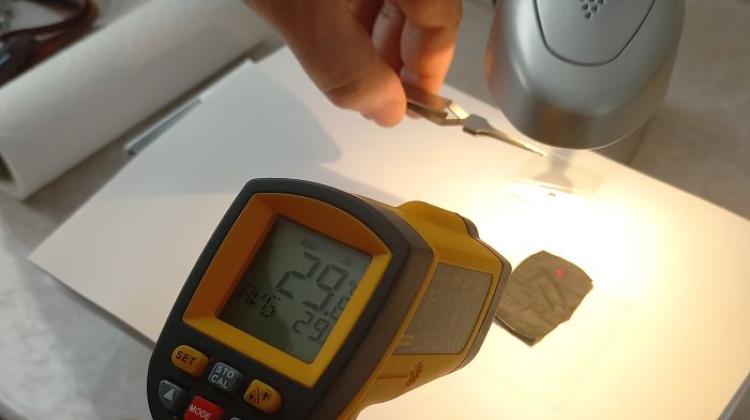 A method for thermal insulation coatings for windows - stopping infrared radiation - has been developed by physicists from the Polish Academy of Sciences. Their idea makes it possible to reduce the scale of heat loss through the windows in winter. Savings on heating can reach a dozen or so percent, the creators of the solution estimate.

Dr. Bartłomiej Witkowski, a professor at the Institute of Physics of the Polish Academy of Sciences said: “Windows are often the weakest link in the thermal insulation of buildings. 10-50 percent of energy from heating apartments escapes through them.”

How to make glass window pane thin, transparent, durable, inexpensive - and one that retains energy? The method of the Polish team is to apply a permanent filter onto the glass, which will stop infrared radiation. Dr. Witkowski's team developed a recipe for such coatings, consisting of nanolayers of doped zinc oxide. Such infrared filters could be applied by window manufacturers directly onto the glass surface. It would also be possible to produce a transparent film that would be applied to the panes of already finished windows.

Dr. Witkowski said: “Four times less heat will escape through the pane with our coating than through the same pane without the coating. The pane with the filter does not change colour - it is still transparent to the human eye.”

The researcher presents an experiment on the prototype of his solution. A halogen bulb heats a piece of black material, but there is a pane between the lamp and the material: with or without the coating.

Witkowski continued: “When we used the glass without the coating, the material heated up to over 43 degrees C after a dozen or so seconds, and when the glass with our coating was in the way, after one minute the temperature did not exceed 30 degrees C.”

He added that although infrared filters that improve the thermal insulation properties of windows are already available, they are “expensive - their use in the production of apartment windows would not be viable.”

Thermal insulation films for home windows are also available. Witkowski said: “There are two good solutions on the market that actually contribute to savings. Their downside, however, is their lack of durability and the fact that they cannot be applied to finished windows. They must be applied to the inner part of the windows in controlled conditions - access to oxygen quickly degrades them. Thermal insulation properties of these competing films also usually disappear after a few years of use.”

As part of the research, his team tried to find a solution as effective and inexpensive as the available films, but much more durable - one that would not degrade in the air and could be used on finished windows.

He continued: “All objects in our environment emit infrared radiation, i.e. electromagnetic waves with a length between 780 nm and 1 mm, invisible to the human eye. 'At room temperature, around 20 degrees C, the maximum radiation is at 10 micrometers. Fortunately, this range is blocked by ordinary glass panes. However, thermal radiation reaches the range of 1-5 micrometers, where both glass and our atmosphere are transparent.”

The fact that heat easily 'escapes' from apartments in the form of infrared radiation can be seen especially in images from thermal imaging cameras (ones that record in infrared) aimed at buildings - in such images, windows usually emit the strongest glow, which means that infrared radiation is relatively strong. Hence the idea for filters that would block the penetration of infrared radiation, in particular in the range of 1 to 5 micrometers.

The recipe of Polish researchers includes the technology of applying zinc oxide nanolayers onto a selected surface using the ALD (atomic layer deposition) method. To implement this solution, a reactor is needed in which appropriate nanolayers will be deposited on the windows. Such reactors are already available in mass production - they are used, for example, in the production process of coatings for photovoltaic panels.

“The project has already reached implementation readiness. We are now looking for companies interested in implementing this solution,” Dr. Witkowski said.