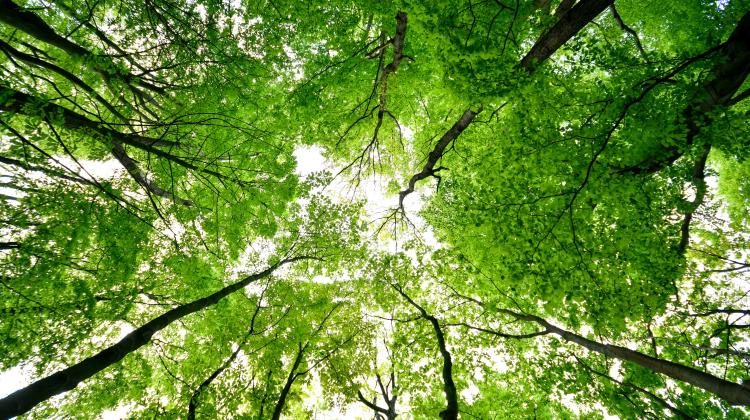 An app called Future Forests shows the impact of climate change on 12 tree species in Poland over the next 50 years.

The data necessary to develop the new application was provided by Dr. Marcin Dyderski from the Institute of Dendrology of the Polish Academy of Sciences. The co-authors were Sonia Paź from the Poznań University of Life Sciences, Lee E. Frelich from the University of Minnesota in the US and Andrzej M. Jagodziński from the Institute of Dendrology PAS. The app itself was created pro bono by Appsilon as part of the Data for Good initiative.

Dr. Dyderski's research shows that the most important factors that will determine the occurrence of specific tree species in specific places by 2070 are: the temperature amplitude during the year, the average temperature of the hottest quarter, the maximum temperature of the hottest month and the amount of precipitation in warmest quarter. The key factor responsible for the highly probable disappearance of endangered tree species is water deficit during the growing season.

Marcin Dyderski told PAP that the app is designed to increase awareness of the coming changes in nature and help professionals who develop forest management and nature conservation strategies.

He said: “We have intentionally added a layer with the ranges of forest inspectorates to our app so that it can be used by forest management professionals in Poland. We will feed further data to the already available application and show various dependencies. This way, we will expand the knowledge base on the ranges of trees and create even more detailed forecasts.”

He added that when trying to predict how specific tree species would behave over the next 50 years, he relied on the information contained in the Fifth Assessment Report (AR5) of the Intergovernmental Panel on Climate Change (IPCC).

He continued: “In our research, we took into account 19 features describing the climate in Europe, which are based on monthly temperature and precipitation values. In the forecasts, we assumed three climate change scenarios from the IPCC AR5 report - optimistic (assuming that by 2100 the temperature will increase by an average of 0, 2-1.8 degrees), moderate (1-2.6 degrees increase) and pessimistic (2.6-4.8 degrees).”

The scientists divided the trees into three groups: 'winners' - species that will grow unhindered, 'losers' that will lose more than 50 percent of their existing habitats and non-native species - North American species planted in forests that may expand or shrink their potential ranges in particular regions.

According to data, the trees least resistant to climate change will include pine, birch, spruce and larch, while trees such as ash, fir, oak and beech will cope well. This does not mean, however, that a vacuum will remain in the place of extinct species.

Dr. Dyderski said: “These forecasts are subject to uncertainty, because they only take the climate effect into account. Theoretically, ash is the species that should resist climate change, but we already know that a fungus has appeared in Europe that is wreaking havoc - and we do not know how well ash will resist it. There may be many similar events.”

Despite the uncertainty accompanying long-term forecasts, the researcher explains, some of the scientists' findings have a high level of certainty. We know which species suffer the most due to climate change, so protective measures in managed forests must be introduced immediately. One solution already being introduced is to apply the strategy of 'risk spreading' to more species.

He said: “We need +assisted migration+, i.e. the introduction of, for example, southern populations of native species in managed forests. A strategy of species dispersion can also be used - i.e., promote of highly diverse species compositions in new forest plantations.

“The goal is to introduce more tree species (at least three species) that we know to coexist well. For example, oaks and beeches can be planted next to pine trees. When there is a problem with one species, the second or third one will maintain the primary function: it will create forest cover, provide ecosystem services and produce timber.”

Changes related to replacing pine or spruce with deciduous species will significantly affect the functioning of forests. The availability of light will decrease and the rate of matter circulation will increase, and the forest's capacity to retain water and buffer temperature will increase.

The team are now testing 10 native tree species that could be used to help increase the resistance of forests to climate change.

Dyderski said: “In the case of native species, we are able to predict their behaviour when introduced to different areas. In the case of alien species, we will not know all the dependencies. For example, we do not know what the interaction with native species of herbivores and pathogens will be. There is a danger that insects that feed on leaves will not want to eat the new species right away, and this will cause its uncontrolled spread - just like it happened in the case of the American black cherry.”