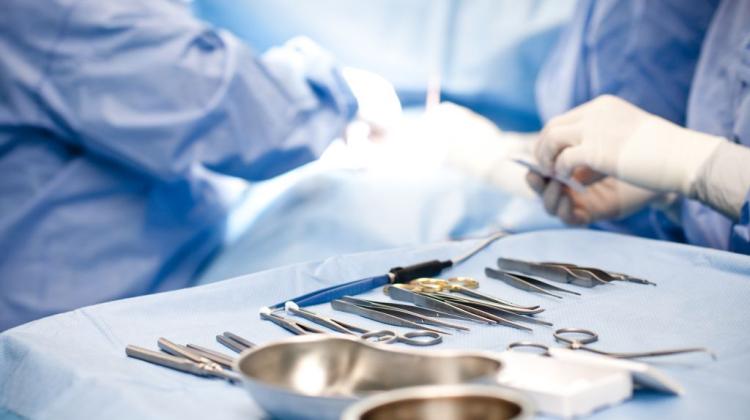 The Liver Assist device, a relatively new solution in transplantology, keeps the organ harvested for transplantation from a deceased donor at a temperature of 36 degrees. At the same time, it provides perfusion in normothermic conditions. Perfusion is achieved by placing the liver in a special machine that allows to recreate the blood flow in the organ and observe how it functions outside the human body. Thanks to this, before transplantation, doctors can make sure that the liver functions properly and is definitely suitable for transplantation, emphasize specialists from the Medical University of Warsaw in the release sent to PAP.

The liver transplantation procedure was performed by a team of surgeons under the supervision of Professor Michał Grąt at the Chair and Department of General, Transplant and Liver Surgery of the Medical University of Warsaw.

After collection from the donor, the liver was transported to the transplant centre in the conditions of cold ischaemia, at 4 degrees Celsius. When it arrived at she reached the Medical University of Warsaw clinic, it was placed in a perfusion machine.

The machine's system was filled with specially enriched blood at a temperature of 36 degrees Celsius. The liver was 'connected' to the machine with an arterial system and a portal vein, recreating blood circulation in the collected organ. Thus, conditions were created to assess liver function outside the recipient's body and make the decision to use it (or not) for transplantation.

Until now, it was only possible to find out whether the liver would resume its function after transplantation. Meanwhile, function failure is one of the most dangerous complications after transplantation and a direct threat to the patient's life. The introduction of the normothermic perfusion method significantly reduces the risk of this complication, and the possibility of observing a living, functioning organ in an extracorporeal machine is one of the most important achievements of modern transplantology.

During the procedure performed at the Medical University of Warsaw, the liver perfused under normothermic conditions functioned outside the body for eight hours, producing bile and showing all the features of normal function. “Consequently, our specialists decided to implant it in the recipient. Thus, the team of the Chair and Department of General, Transplant and Liver Surgery joined the small group of the most specialized liver transplantation centres in the world. This is a special event for the Polish liver transplantation program,” explains the Medical University of Warsaw spokesperson Jarosław Kulczycki.