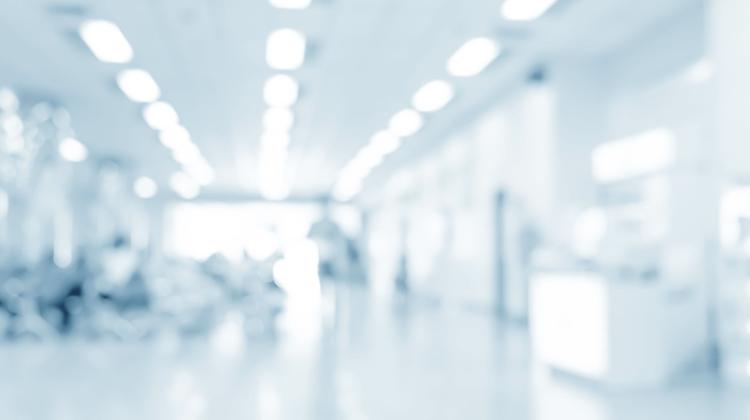 Polish scientists and doctors have described the case of the 10th patient in the world with Ogden syndrome - an ultra-rare genetic disease, classified as a progeroid syndrome, a disease manifested by dysmorphia, developmental disorders, mental retardation and cardiovascular diseases.

According to experts, the discovery of another patient with this disorder contributes to significant progress in the diagnosis and treatment of the disease.

The boy diagnosed with Ogden syndrome was a patient of the Department of Paediatric Neurology, Faculty of Medical Sciences, Medical University of Silesia in Katowice. Its specialists ordered genetic tests in order to verify the clinical diagnosis. The tests were carried out by the Polish company Imagene.me.

So far, only nine cases of Ogden syndrome have been reported in scientific literature. This extremely rare disease has a number of serious symptoms that can lead to life-threatening complications. This was also the case with the Polish patient.

The patient was a male infant of a healthy young mother, born after 39 weeks of pregnancy. Caesarean section was performed due to the pregnancy complicated with maternal hypothyroidism and gestational diabetes. Immediately after birth, the patient required continuous positive airway pressure ventilation. The boy was hypotrophic, weighing 2,400 g, and dysmorphic features were found in the physical examination.

The patient was hospitalised for the first weeks of his life at the Neonatal Intensive Care Unit, where he underwent a series of examinations. He was diagnosed with pectus excavatum, arachnodactyly, clubfoot, axial hypotonia and limbal retinal immaturity. The child was referred to a genetic clinic. After tests, the diagnosis was made: Ogden syndrome. In the following months, the patient's condition deteriorated due to numerous pulmonary infections. Despite advanced treatment, the patient died at the age of 10 months.

“During genetic tests carried out using whole exome sequencing (all coding DNA fragments - PAP), a rare pathogenic variant on chromosome X in NAA10 gene was identified in the patient,” says Karolina Loranc, a member of the biotechnology team that conducted laboratory analyses. “These results, combined with the clinical image of the patient, allowed to diagnose Ogden syndrome.”

The researchers involved in the diagnostic process published in the form of a scientific paper (with the consent of the family of the deceased) in the journal Frontiers in Genetics(https://doi.org/10.3389/fgene.2022.979377), included experts in the field of rare diseases Professor Małgorzata Krajewska-Walasek and Dr. Aleksandra Jezela-Stanek, as well as paediatrician and neurologist Dr. Justyna Paprocka.

The specific pathogenic variant in the NAA10 gene identified in a Polish patient was described for the first time in the world of science.

"'To conclude that a given variant is pathogenic, its occurrence must correlate with the occurrence of specific symptoms,” explains Professor Małgorzata Krajewska-Walasek. “In the context of such a rare syndrome, the description of each case is particularly important, because it allows to clarify or expand list of symptoms associated with the disease.”

The symptoms in Ogden syndrome are severe, varied and fluctuating, she says. The disease is characterized by growth retardation and severe retardation of development, including mental development. Many patients also have heart malformations; heart arrhythmia is common. In addition, people affected by this rare condition may have a specific facial appearance, with signs of premature ageing.

“Thanks to the diagnosis of the Polish patient, we have shown that people with Ogden syndrome may also suffer from severe lung diseases, which are even more life-threatening than the cardiovascular system disorders often described in the literature,” continues Krajewska-Walasek. “This is important information for the next teams of clinicians and diagnosticians around the world who will be working with cases of this disease in the future.”

The authors of the study explain that the diagnosis of a serious genetic disease is always a big blow to the family, because it is often impossible to start effective treatment. However, the verification of the clinical diagnosis by detecting a pathogenic variant in the disease-causing gene is of value to the patient's parents and allows to give them reliable advice. Parents learn about the risk of recurrence of the problem in another child, they also gain knowledge about the essence of the disease, its course, treatment options and possible prevention in the context of planning another pregnancy.

“In this case, thanks to genetic testing, we know that the pathogenic variant was inherited from the mother. She has it in a heterozygous system, with no clinical symptoms of the disease, which means that she is an asymptomatic carrier,” says Dr. Aleksandra Jezela- Stanek, a genetic prenatal diagnosis expert. “However, the NAA10 gene is located on the X chromosome and therefore, unfortunately, there is a 50 percent chance that the woman's next son will also inherit this change and suffer from the disease. This is important information for parents.”

The researcher adds that each of us is a healthy carrier of various pathogenic variants in our genes and that potentially they may be responsible for the occurrence of severe genetic diseases in our offspring. Therefore, the knowledge of both parents' genetic profiles is also important - it makes it possible to determine the risk of genetic diseases in children.