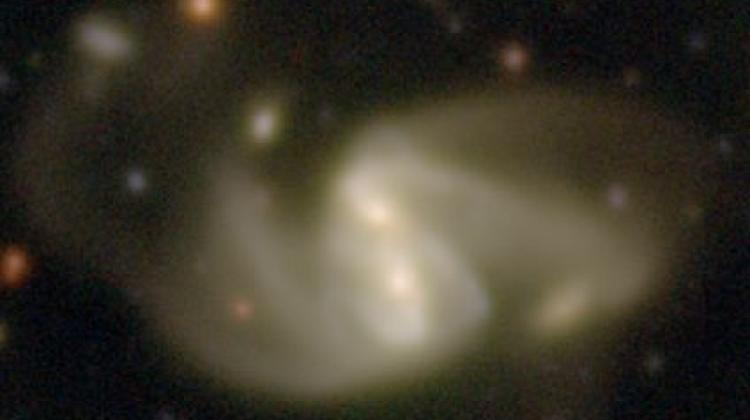 Twenty thousand high quality images from the Hawaii Two-0 (H20)/Cosmic Dawn survey have been released to the public on the most popular citizen science project: Galaxy Zoo. Anyone in the world can become a citizen scientist and help astronomers classify images taken with one of the most advanced instruments.

The released high quality images of the most distant galaxies ever seen in the Galactic Zoo (https://www.galaxyzoo.org/) come from the Hawaii Two-0 (H20)/Cosmic Dawn survey. They were taken with the camera Hyper-Suprime Cam on the Subaru telescope in Hawaii.

Dr. William Pearson and Dr. Marek Pawłowski from the National Centre for Nuclear Research (NCBJ) said in a press release: “This unique data set will provide the public with the opportunity to make exciting new discoveries of previously unseen and unclassified, cosmic objects. These discoveries may well result in more detailed follow up observations using other world-class telescopes.”

Citizen scientists will help astronomers improve their understanding of the evolution of galaxies.

The classifications will also help to better understand the role galaxy mergers play in the evolution of galaxies.

The scientists added: “Galaxy mergers are known to influence the star-formation rates of galaxies but exactly how and when this enhancement happens is still uncertain.”

Both gravitational lenses and galaxy mergers are rare and important phenomena for which having human eyes on the data can really make a difference. Hence the need for citizen science projects like Galaxy Zoo.

The classifications of the H20/Cosmic Dawn images will pave the way for science with future telescopes. The ESA Euclid mission, scheduled to launch next year, will make deep observations of the area in the sky containing the H20/Cosmic Dawn images. The classifications made by the citizen scientists will be indispensable to help learn about the universe and guide the Euclid science teams.

The information gained from this study will also be applicable to upcoming ground-based surveys.

Dr. William Pearson and Dr. Marek Pawłowski said: “The Vera C. Rubin observatory will image billions of galaxies over the next ten years. The understanding gained from the high redshift galaxies - how to present them in citizen science projects, the knowledge we can gain from them - will be extremely useful for the millions of high redshift galaxies that will need to be examined from the Vera C. Rubin data.”

The H20/Cosmic Dawn survey is ongoing. New images will be added to Galaxy Zoo as the survey progresses, providing the opportunity for the public to engage in the leading edge of scientific research, in lock step with the scientists.

Professor Agnieszka Pollo, Head of the NCBJ Astrophysics Department, who has been personally involved in the project for over 10 years, explained that many scientific papers have already been written thanks to the data from the Galactic Zoo.

She said: “We hope that we will also use the new classified data in our research. But interestingly, there are also completely unexpected, but at the same time scientifically significant discoveries made by participants. An unusual image that does not match the pattern may contain some impurities, but there may also be a new unknown object or phenomenon on it. That's why on the Galactic Zoo website there is also an option to tag particularly interesting photos and discuss them.”

The scientists encourage users to head over to Galaxy Zoo and start classifying today. Currently, the project has the following language versions: English, French, Spanish and Japanese. It has been implemented for several years, currently in international cooperation between Galaxy Zoo, The Open University (UK), University of Hawaii (USA) and University of Copenhagen (Denmark), including National Centre for Nuclear Research (Poland). (PAP)