Minister Emilewicz: Space market in Poland is a success, but requires regulation 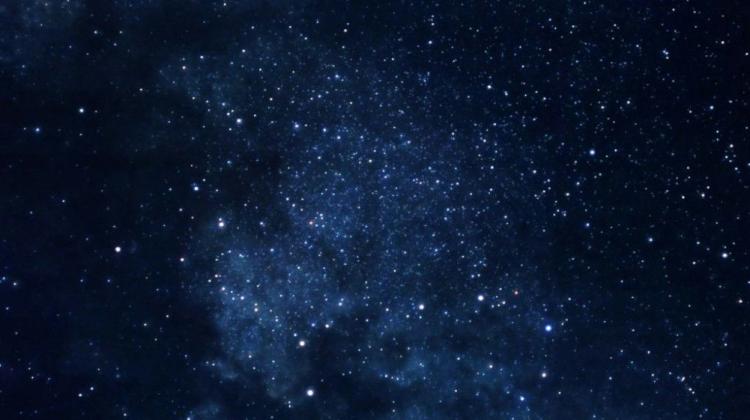 The success rate of business entities that engage in space activity is the highest among all companies in Poland, emphasized Deputy Minister of Development Jadwiga Emilewicz. As she acknowledged, the draft Law on Space Activity and the National Register of Space Objects prepared by the ministry is a necessity.

Poland is becoming an increasingly active explorer of space, told PAP Deputy Minister of Development Jadwiga Emilewicz. As she acknowledged, the draft Law on Space Activity and the National Register of Space Objects prepared by the ministry is a necessity.

The Ministry of Development has prepared a draft Law on Space Activity and the National Register of Space Objects. Public consultation has been concluded, the comments are now being analysed.

Deputy Minister of Development Jadwiga Emilewicz explained that "this law is the fulfilment of international obligations resulting from international agreements signed by Poland, including, in particular, the Convention on International Liability for Damage Caused by Space Objects, the Registration Convention, as well as the Treaty on Principles Governing the Activities of States in the Exploration and Use of Outer Space".

"This is a necessity imposed on Poland at a time when Poland actually becomes an increasingly active explorer of space" - she added. The law will define the procedure and requirements for conducting space activities. "Permission will be issued by the Polish Space Agency, applicants will be those who intend to use outer space; they will have to demonstrate the detailed technical competence that will entitle them to launch objects into space" - said Emilewicz.

The form for applicants will be available on the Polish Space Agency\'s website and the agency will issue such permits by way of a decision. However, it will not be indefinite, and the agency will have the authority to withdraw it if it turns out that the recipient of the permit does not meet all the formal requirements.

According to the provisions of the Law, the National Register of Space Objects will also be created. As deputy minister emphasised, this is a standard and all major states that are active in space maintain such a register.

"Every space object that is launched into space is reported to the UN Secretary General" - said Emilewicz. "And besides, such a register is obvious in the situation that we have today that it is getting crowded in space, we have a problem with space junk, and we are starting to have a bigger problem with liability, with damages. The space really must be regulated".

The register will also be maintained by the Polish Space Agency and all registered objects will be available in the Public Information Bulletin.

In the opinion of the deputy minister, it is necessary to know what we launch, in what technical condition, where it will move, in case of any damage. In the event of damage, the new regulations provide for the obligation to have insurance for space operators.

"Space objects cause damage (...) such situations do happen, hence the statutory obligation to have civil liability insurance, imposed on those who intend to engage in space activities. And then the liability for the damage is transferred to the insurer" - explained Emilewicz.

Due to the fact that "space is a very useful socially, extremely useful publicly, related to both state security and scientific activity (...) those entities which conduct space research or scientific activities or guarantee the security of the state - in those cases the liability is transferred entirely to the State Treasury" - said the deputy minister.

Emilewicz emphasised that "the number of players in the space sector increases year by year, since Poland joined the European Space Agency 5 years ago the number of space operators has almost doubled".

Therefore, it may be expected that interest in activity in this area will increase. "Therefore, this statutory requirement for insurance seems to be a necessity, and, to put things plainly, it also guarantees that those entities will not go bankrupt" - Emilewicz said. She also pointed out that the damages in this regard is enormous.

According to the deputy minister, Polish entities that carry out activities in the field of space exploitation are very successful, as can be seen in the analysis of international European programs.

"The rate of success of space business entities is the largest among all companies in Poland" emphasized the deputy minister. She added: "It is a small market sector, but a very competent, very active, very capable one".

Emilewicz also cited the example of one of the Polish companies that supplied NASA with the so-called Mars mole, a device that will hammer into the surface of Mars.

"It seems a small, minor thing, but the space sector is very precise" - she said "If we say that the aerospace sector is one that requires a very high degree of excellence, then space industry requires even more".

The deputy minister said that Poland has ambitions and they have a justification in everyday life. "If we are able to deliver components, fragments, parts to that extent, that shows not only the high levels of our engineers, but also the capabilities and performance of companies operating in this area".

At the same time, Emilewicz stressed that the road to success is a long and demanding one. "Observing the best, most powerful states in the space they have the most to say today: the United States, China, Russia, France, Germany, Italy, Spain, we can see that these are the long, tedious years of investing public funds in the first decades. Only later companies are born from this that generate profit in commercial life" - she said.

"Hence the current intense work in Poland on the National Space Program, which is intended to be the lever of this development, but also the activity of raising funds from the European Space Agency and our declaration of increased contribution, the Polish contribution to the European Space Agency" - said the deputy minister. "We hope in the perspective of the next 10 years it will allow to build a stable, strong partner for the largest players in the space industry" - she concluded. (PAP)