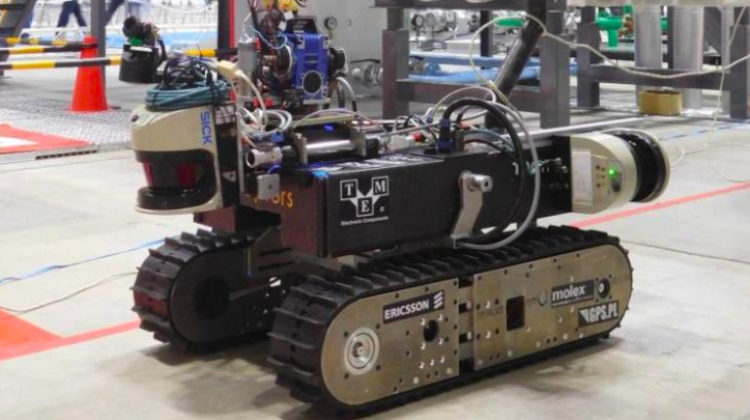 "Raptors" team`s rover from Lodz University of Technology was among the best rescue robots during the competition organized as part of the World Robot Summit in Japan according to the university spokeswoman Ewa Chojnacka.

World Robot Summit is one of the largest robotic events in Japan. The technology fair in Tokyo is accompanied by an international competition of robots designed to serve people.

Students from Łódź with their rover took second place in the category Disaster Robotics - Plant Disaster Prevention. They defeated nine teams from around the world, adds the university spokeswoman.

The leader of the team "Raptors" Mateusz Kujawiński admits that the event was very demanding, and the competition took place in very limited industrial spaces, which was a big challenge.

"Each day we faced with two tasks, which consisted of reading meters, turning knobs and valves, finding damaged devices, or conducting wall analysis in search of gaps, cavities and rust" - reported Kujawiński.

Qualifying rounds lasted four days. The best four teams advanced to the finals, including the Raptors with the second score. Students admit that the finals were a combination of previous tasks, but there were plenty of surprises.

"Additional obstacles included pipes that had to be moved, blocked passages and closed containers that were being opened at some point so that the robot could try to locate a factory worker" - said Łukasz Kędzierski from the team "Raptors".

Students from Lodz University of Technology defended the second place in the finals. In their opinion, the success is all the greater that it was their debut in a competition focused on rescue operations in industrial spaces.

But this is not the first success of the "Raptors" rover. It was in the top of the prestigious international University Rover Challenge in the US have several times, and this year it finished fourth.

In 2016, Łódź students with their rover won the European Rover Challenge held in Poland; this year they took second place.