Genes from the soil to help in the fight against pesticides 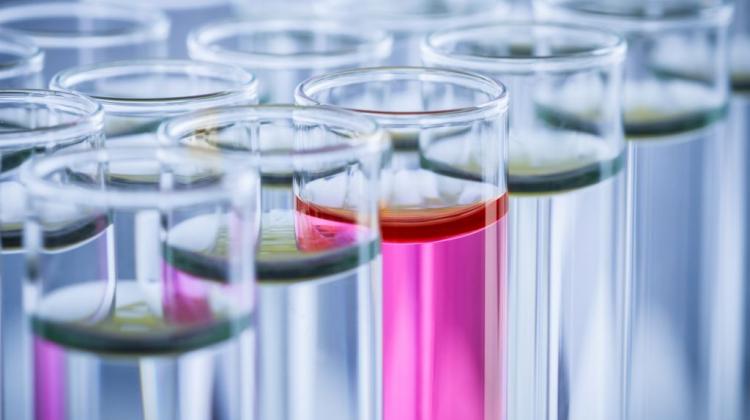 Studies on the genes of organisms that have developed in soil contaminated by pesticides may help in the development of special proteins. These proteins could purify the environment from pollution. Work on this issue is being carried out by the Polish team of researchers.

"Without pesticides we would not be able to feed the human population. It is one of the very few types of chemicals that people deliberately release into the environment in such amounts: hundreds of thousands of tons of pesticides go into the soil in the world every year" - said in an interview with PAP Dr. Adam Sobczak from the Institute of Biochemistry and Biophysics PAS.

He admitted that not all of these compounds decompose quickly - they can accumulate in the soil, from where they enter the ground water and then drinking water. For this reason, they may be harmful to humans and animals. Researchers from the team, of which Sobczak is a member, have an idea how to solve this toxic problem.

Perhaps in the future it will be enough to just pour a bucket of specially prepared enzymes into a polluted pond. Then the chemicals, such as pesticides, in a short time (even in minutes) will be broken into harmless substances - explained another study team member, Dr. Leszek Lipiński from the Institute of Biochemistry and Biophysics PAS. A similar approach could also be used to purify contaminated soil - by providing bacterial cultures, or suitably prepared proteins that would be secreted into the soil over a long period. "Protein enzymes would be harmless, because after decomposing the pollution, they themselves would undergo natural degradation after a short time" – assured Dr. Lipiński.

The solutions are being developed by an interdisciplinary team of researchers in the project "Metagenomes as a source of modern biotechnological tools for the bioremediation and biotransformation". The project, coordinated by Dr. Andrzej Dziembowski, is carried out at the Institute of Biochemistry and Biophysics PAS in collaboration with the University of Warsaw and the Institute of Organic Chemistry PAS.

In the study, researchers took samples of soil from places where expired pesticides had been stored for many years. It can be expected that in the pesticide-contaminated soil, microbes have evolved that are not only resistant to pesticides, but may also eat these pollutants, breaking them into simpler compounds. Microorganisms could use special proteins to decompose pesticides - enzymes, which are naturally occurring biological catalysts for chemical reactions. Such enzymes could help people get rid of pollution.

"With a soil sample, microbiologists are able to grow at best 1 percent organisms that live in the soil. Thus, we are missing a lot of valuable information and +skills+ carried by other bacteria - those that would never grow in artificial laboratory conditions" - said Dr. Sobczak, and added that to the rescue comes a relatively new field of science - metagenomics.

The researcher explained that with the new rapid gene sequencing capabilities, scientists can analyse the whole metagenom - genetic material in the sample, such as few grams of soil. Thus, scientists gain access to almost all the genes of organisms inhabiting a particular ecological niche, and to many previously unknown enzymes encoded by these genes.

According to Adam Sobczak, DNA is a bit like a cookbook - it contains recipes for the production of a large number of proteins that build the cells of living organisms, including bacteria. By analysing DNA fragments, researchers can predict which protein is encoded by particular fragments. Polish scientists select the proteins, which - judging by their structures - could be used to decompose pesticides. Researchers at the Institute of Biochemistry and Biophysics PAS hope that they can find some proteins that will help solve the pesticide problem.

The researchers expect that these enzymes can be produced on a mass scale. The desired DNA fragment can be cloned and attached to the DNA of bacteria easily cultured in the laboratory, so that it produce proteins important to biochemists in large amounts. According to Dr. Sobczak, this technology for single protein production by genetically modified bacteria has been well known for many years. It is used, for example, in the production of insulin for diabetics (insulin is a also protein) and protein enzymes added to laundry detergents. According to Polish researchers, similar method could be used to produce proteins that decompose pesticides.

Polish scientists follow in the footsteps of researchers from other places in the world. In Australia, scientists have managed to produce enzymes that degrade pesticides used in cotton production. In other laboratories around the world metagenomic methods are used to develop methods of combating pollution from oil, gas and chemicals from factories. Researchers associated with the Institute of Biochemistry and Biophysics PAS want to develop a protein that would degrade several pesticides that had been used in Poland in the past, but still remain in the environment (eg, DDT and HCH).

The project is funded under the Operational Programme Innovative Economy, with over PLN 15 million allocated to its implementation. It will continue for two more years.