A record number of chamois in the Tatra Mountains 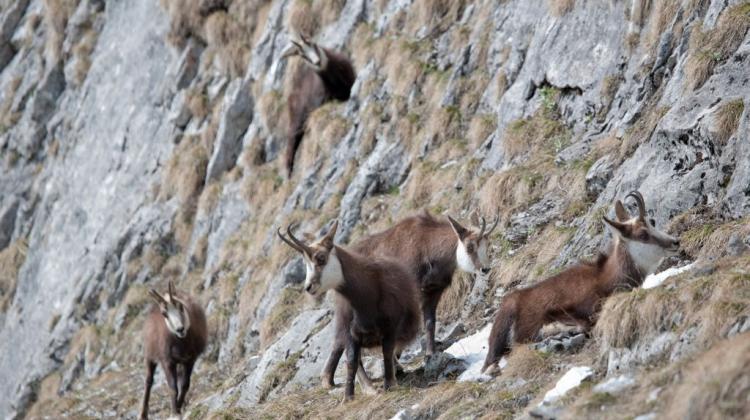 A record number of 1389 chamois is the result of the autumn count these high-altitude animals, conducted by naturalists in the Tatra Mountains. Last year, there were about 203 less chamois - announced the authorities of the Tatra National Park.

Tatra National Park conducted the chamois counting jointly with its Slovak counterpart. Naturalists observed 128 young chamois at the age of one year or less.

On the Polish side of the mountains, naturalists counted 371 chamois, including 48 males, 127 females and 44 young. 1018 chamois live on the Slovak side, including 106 young. According to naturalists, the large number of animals could be a result of relatively mild and moderately cold last winter with little snow.

The park authorities have pointed out that since 1999, when the lowest chamois population in history was recorded (only 241), the number of these animals began to grow rapidly.

The count of Tatra chamois is organized since 1954, and together with the Slovaks since 1957. Chamois is a symbol of both Polish and Slovak Tatra National Park. The counting in the Tatra Mountains takes place twice a year: in spring and autumn.

In Poland, apart from the Tatra the chamois also live in the Sudetes, but it is an alpine species brought into the mountains by the Czechs in the early twentieth century. A small flock of chamois crossed the border into Poland in the 1970s and settled on the slopes of Śnieżnik.

Chamois is a protected species. These animals live in small herds called flocks, and their leader is always an experienced female with a calf. Adult males usually live solitarily or form bachelor groups, joining herds in fall, during mating season. (PAP)