Łódź/ Medical University will specialize in research on healthy ageing 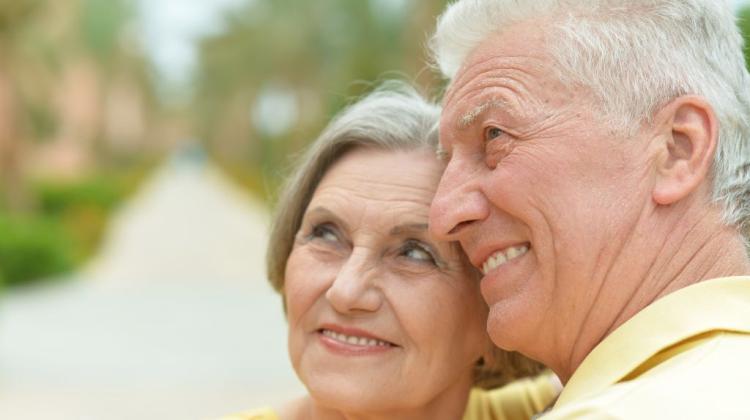 The authorities of the Medical University of Lodz summarized on Tuesday the activities of the Healthy Ageing Research Centre. The amount of more than 4.5 million euros, transferred by the EU over three years, allowed to carry out research, organize educational workshops for seniors and training for medical staff. The university authorities have announced that this activity will be continued.

"Within three years, with more than 4.5 million euros of EU funds, we created a research centre - ten teams collaborating closely in research on healthy ageing. With this money we were able to improve the quality of our research, which we achieved through international scientific exchange and investing over 1.5 million euros in modern equipment. The program also allowed to promote of our research - we organized ten international conferences attended by hundreds of lecturers from around the world - said the Centre coordinator, Prof. Marek L. Kowalski.

The Healthy Ageing Research Centre (HARC) at the Medical University of Lodz is a centre of scientific research and promoting knowledge on broader issues of ageing. The project, in which 21 foreign partners participated in the years 2013-2016, has launched a virtual laboratory conducting advanced research on the immune system and the first biobank in Łódź, which stores samples for scientific research.

"In parallel to the scientific centre it led a very intense action in the social field. We have established the Academy of Healthy Ageing, which is not only a university of the third age, but also the realization of the idea that the elderly should not only educate, but also try to change their lifestyle. In a series of workshops we have trained approx. 1.3 thousand seniors. We believe that these actions are the right way to promote healthy ageing, which is why we are going to continue" - said Prof. Kowalski.

Topics of workshops of the Academy of Healthy Ageing concerned maintaining physical and mental fitness, healthy nutrition and coping with diseases of old age. 600 seniors attended the workshops.

HARC also organized educational conferences, which presented the problems of geriatric care to primary care physicians, nurses, physiotherapists. They were attended by over 200 people.

During the conference summarizing the HARC project, the university authorities announced that - considering the success of the project - research on healthy ageing and international cooperation in this field would continue.

"From the very beginning we assumed that we would build an interdisciplinary healthy ageing specialization of our university around this project. With the recognition that the University gained in the area of active living and healthy ageing, we were able to enter the European consortium of nodes of knowledge and innovation" - said Vice-Rector for Science, Prof. Lucyna Woźniak.

In the framework of the European Institute of Innovation & Technology (EIT) alliance for healthy living and active ageing - EIT Health, the university wants to participate in interdisciplinary projects for innovative solutions to improve the quality of life and health of the elderly.

"It requires cooperation with research institutes, big industry, and finding innovative ideas that arise during research projects, and then inserting them into European projects. We have started intensive cooperation with global companies to use research to create innovative products for an ageing population. Innovation may refer to both the creation of new drugs or therapeutic procedures, but also to improving the efficiency of health care through new organizational systems and social innovation" - added Prof. Woźniak.

Vice-Rector announced that next week in Brussels she would receive a certificate from the European Commission, conferring on the university the title of the EIT reference centre. Medical University of Lodz will be first institution in Poland to obtain this title. It will allow to start cooperation with the 74 EIT centres in Europe.