Trzaskalska-Stroińska: Polish companies in the ESA mission in 2018 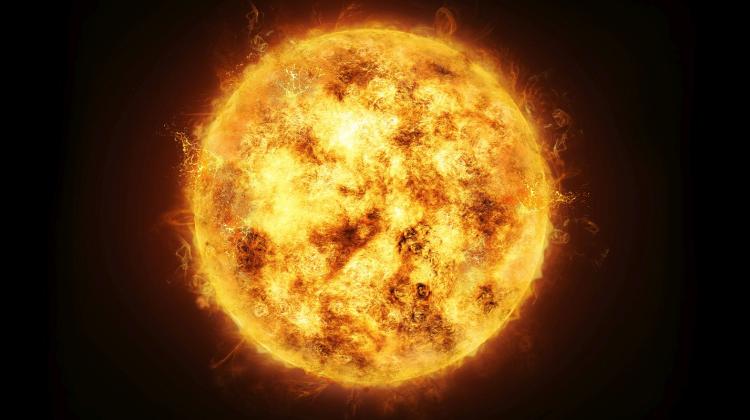 Polish companies will participate in the ESA\'s Proba-3 mission scheduled for 2018, for which they will prepare a coronagraph, among other things - told PAP Otylia Trzaskalska-Stroińska from the Ministry of Development, vice-chair of the European Space Agency Council.

PAP: What are the opportunities for Polish companies to cooperate with the forthcoming space missions of the European Space Agency (ESA)?

Otylia Trzaskalska-Stroińska: Scientific, theoretical and technical preparations for missions are usually carried out over a period of a few or even a dozen or so years before the launch of the rocket that carries satellites and research instruments into space. During this time it is decided who contributes to the mission, in what form and to which part. A number of entities of the Polish space sector participate directly or indirectly in the implementation of the missions: Athena (2028), which aims to study the hot and energetic space, Juice (2022) - the first European mission to Jupiter, Proba-3 (2018), in which many Polish companies participate, including Creotech Instruments, N7 Mobile, Sener Polska.

So far, the involvement of the Space Research Centre PAS in ESA space missions has been significant. Spectacular success was the landing on the Rosetta comet (in 2014 - PAP) and the use of a penetrator made at the Space Research Centre in its examination. Devices of this type can also be used in commercial missions, such as the geological survey of comets and asteroids (pre-exploitation phase) or acquisition of material.

In addition to ESA missions, Polish scientists and Polish space instruments participate in missions of other countries and organizations. According to information from the Space Research Centre PAS, work is currently underway on DIOGENESS, X-ray spectrometer that will study the Sun in the Russian missions planned for 2020-2022.

PAP: So Poland\'s participation in space missions is multi-faceted?

O.T-S: Yes. It covers both the mission preparation phase as well as the stage of construction and equipping of the satellite or lander. Scientific analysis and interpretation of the results are also of great importance. Depending on their potential, Polish space sector entities may apply for qualification in the relevant mission segment.

For a number of reasons, information about plans and directions of company\'s development is considered confidential. Therefore, even if we have such information, we are required to comply with the principle of confidentiality. From information provided by interested companies involved in the implementation of space missions, mention should be made of the aforementioned Proba 3 (2018), with companies such as Creotech Instruments, N7 Mobile, Sener Polska. Creotech Instruments\' involvement concerns the design and construction of a coronograph (a device used in the observations of solar corona - PAP), N7 Mobile - the development of software for devices and instruments, Sener Polska - the development and construction of a solar panel (SADM) for the coronograph satellite. The latter company will also collaborate on the design of the Optical Bench Assembly (OBA) for the same satellite.

PAP: What requirements do Polish space industry companies have to meet to become not only suppliers of space project components but also suppliers of entire instruments?

O.T-S: Space research, space exploration and exploitation programs, and space technology commercialisation programs require a great deal of innovation potential, based primarily on human resources. Space companies must be aware of this. Staff resources must be stable, since space programs and missions are usually projects with a few years or even several years perspective.

Due to the extreme conditions of space missions (such as low/high temperature, vacuum, limited energy, lack of gravity or possibility of maintenance, higher radiation levels), all types of devices, equipment and instruments must be built taking into account these and many other factors (such as vibration or overload). Therefore, both the ESA and the entities responsible for the preparation and implementation of the mission or its significant parts have developed and implement the verification and control procedures that companies interested in cooperation are required to submit to. A common barrier is, for example, the appropriate class of "clean room", a room that meets special conditions of isolation from the environment.

One of the necessary conditions is to establish and maintain contacts with the European Space Agency itself, as well as the leading players in the European space market, which carry out ESA programs and projects. ESA\'s Industry Space Days are an opportunity for that. One such event is the CubeSat Industry Days, scheduled for June 13-15, 2017. The event is organized by the European Space Research and Technology Centre (ESTEC) in Noordwijk, Netherlands.