Space
This text can be copied
Szymon Zdziebłowski 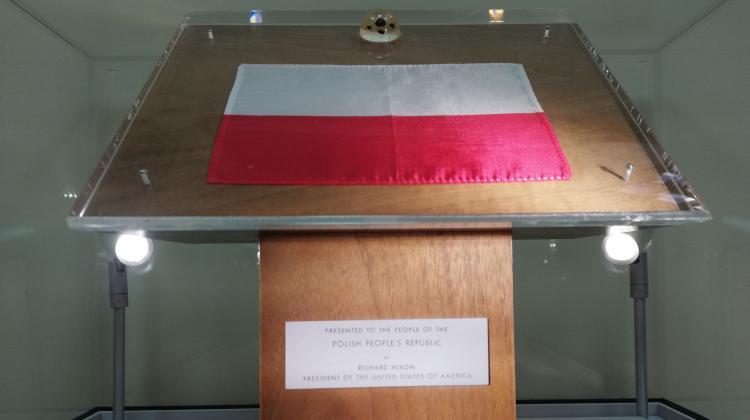 The lunar crumbs from the first manned lunar mission Apollo 11 and the Polish flag, which was placed in the Eagle lander, are in the Olsztyn planetarium. Photo by Bartosz Bałdyga

The only lunar crumbs in Poland, from the first manned lunar mission Apollo 11, are in the Olsztyn planetarium. They were presented the Polish authorities by US President Richard Nixon during his Warsaw visit in 1972.

July 20 is the 50th anniversary of the first manned landing on the Moon. When American astronaut Neil Armstrong descended the ladder and set foot on the dust-covered Silver Globe, he uttered the famous words: "That`s one small step for man, one giant leap for mankind". In connection with the anniversary, PAP talks with experts on issues related to the exploration of the Moon. 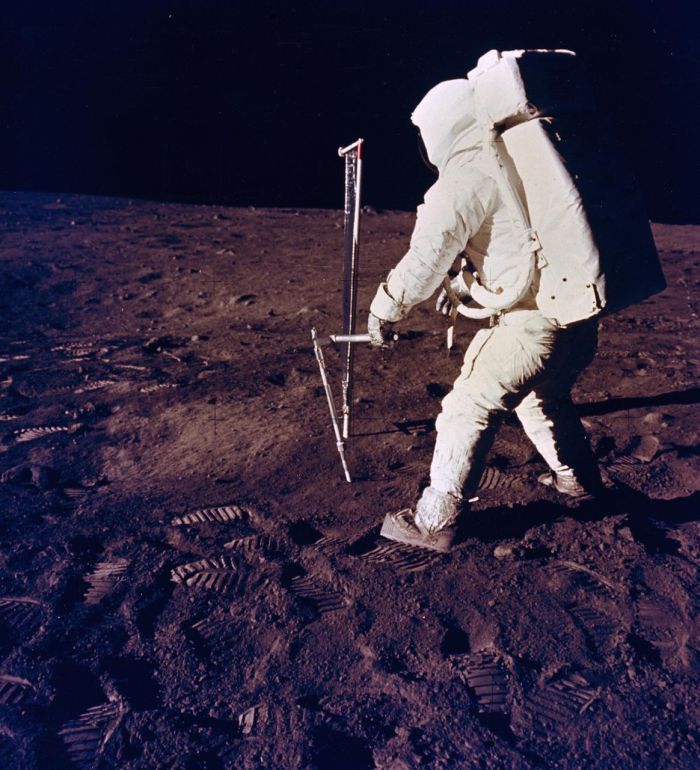 During six manned flights to the Moon in the years 1969 - 1972, American astronauts collected nearly 400 kg of rock samples that were transported to Earth. Most of them went to a special storage at the Lyndon B. Johnson Space Center, where they are still stored and analysed today.

President Richard Nixon`s administration presented small lunar crumbs to representatives of the authorities of around 200 countries. Individual countries received them along with their flags, which were on board the Apollo lander and returned to Earth. President Richard Nixon presented the lunar crumbs to the president of the state council, Henryk Jabłoński, during his visit to Poland in June 1972 as a gift of goodwill for the Polish nation.

"Currently, the only lunar crumbs brought by astronauts of the Apollo 11 mission in Poland are in the Olsztyn Planetarium and Astronomical Observatory" - head of the facility, Dr. Jacek Szubiakowski told PAP.

A total of four crumbs, the mass of which Dr. Szubiakowski estimates at a few grams, are embedded in acrylic and placed on an acrylic glass plate, under which the aforementioned Polish flag made of silk is displayed. The plaques below it bear the English-language inscriptions: "Presented to the people of the Polish People`s Republic by Richard Nixon President of the United States of America" and "This flag of your nation was carried to the Moon and back by Apollo 11, and this fragment of the Moon’s surface was brought to Earth by the crew of that first manned lunar landing".

How did the lunar crumbs end up in Olsztyn? "A year after Nixon`s visit to Poland, the newly opened Olsztyn Planetarium hosted a symposium of the International Astronomical Union dedicated to the 500th anniversary of the birth of Nicolaus Copernicus, and the representatives of the authorities who attended the meeting decided to hand over the wooden podium displaying moon rocks" - Dr. Szubiakowski says. The display has been in the Olsztyn Planetarium ever since. The astronomer encourages him to see it in the meteorological lab. The moon rocks can be seen during a standard tour of the Olsztyn Astronomical Observatory.

During his visit to Poland in 1972, Nixon also presented another, similar gift, which contained lunar crumbs from the last manned mission to the moon (Apollo 17). Its current location is unknown. In 2012, Gazeta Wyborcza conducted an investigation. At that time, the Chancellery of the President of the Republic of Poland replied that it did not keep any lunar samples. "The Polish Academy of Sciences and the Polish Astronomical Society do not know anything about it either" - we read in the archival edition of GW. Dr. Szubiakowski confirms this in the interview with PAP: it is not known where the second podium is located.

The lunar crumbs were loaned several times for temporary exhibitions held in Poland. Szubiakowski reminds that on the wave of interest in space exploration, a rock from the Silver Globe was made available in Kraków by astronomer Kazimierz Kordylewski, who probably acquired it in the beginning of the 1970s through the American embassy. Kordylewski`s son quoted in GW mentions that the rock was the size of a fist.

"Kordylewski initially showed the specimen at the Jagiellonian University, but then the authorities forbade it. That`s why he decided to show it in his private apartment. The interest was so large that there were long queues" - says Szubiakowski.

The authorities decided to curb this practice again and ordered that Kordylewski may show the sample of lunar soil only to members of the Polish Astronomical Society. Kordylewski complied. 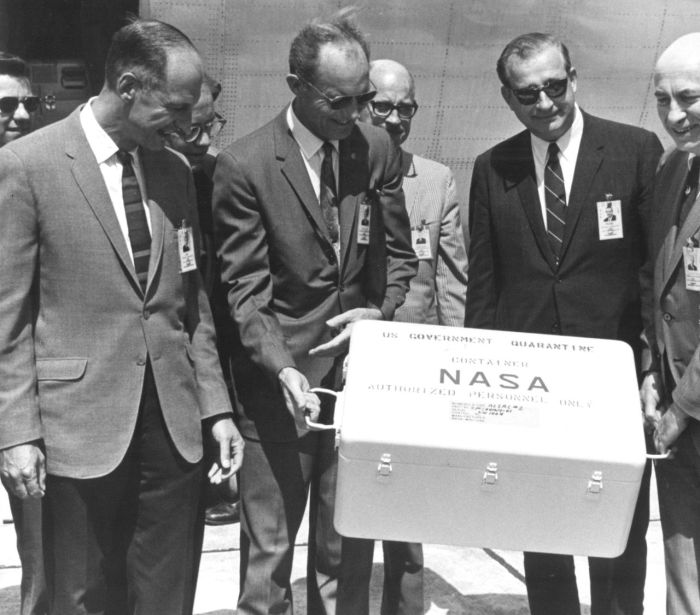 "Everyone who wanted to see the rock had to fill in the membership declaration of the organization. A few thousand people signed up, exploiting a loophole left by the authorities" - says Dr. Szubiakowski. The current location of this rock is unknown; Kordylewski probably returned it because it was only loaned.

The lunar rocks contained in the second Apollo 11 sample return container. These lunar samples were collected by astronauts Neil A. Armstrong and Edwin E. Aldrin Jr. on July 20, 1969 Source: NASA/ 20.07.1969 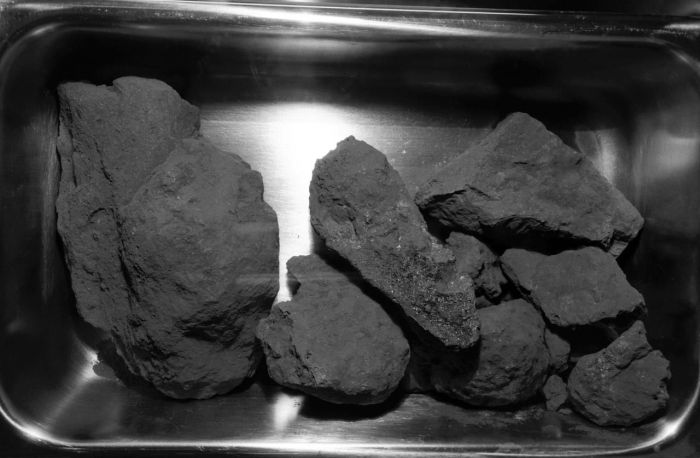 Due to the fact that they are an absolute rarity, lunar crumbs are considered priceless. Dr. Anna Łosiak from the Institute of Geological Sciences of the Polish Academy of Sciences, who had the opportunity to study them a few years ago, recalls in an interview with PAP that the Houston warehouse in the US, where they are stored, has 3 air locks, and the samples are frozen. "They are kept in containers in a nitrogen atmosphere under high pressure, which prevents contamination" - she says. She adds that the procedure for obtaining permission to study these samples is very complicated, and (unless the test is destructive) most of them must be returned to NASA.