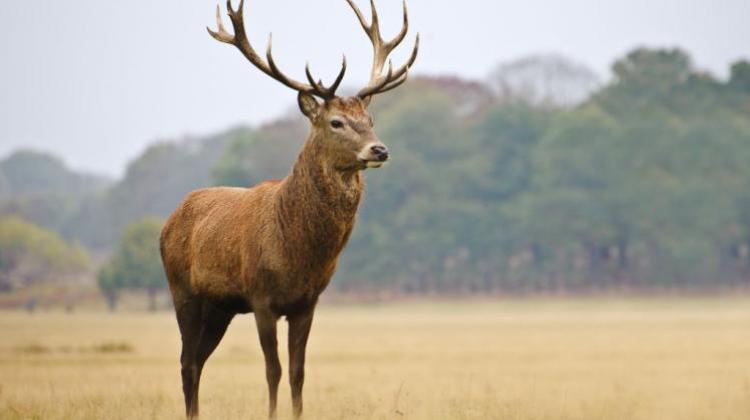 Deer living in Europe and Asia were once more genetically diverse than today, with new research showing there are now mainly two groups.

An international team led by Dr. Magdalena Niedziałkowska from the Mammal Research Institute PAS analysed over 500 mitochondrial DNA (mtDNA) sequences, including almost 200 sequences of ancient DNA obtained from deer samples from Europe and Asia from the last 50,000 years (from late Pleistocene to contemporary times).

She said: “It has been shown that in the past there were more deer mtDNA clades (groups of organisms from the same ancestor - PAP) than now.

“Among them, there were several mtDNA variants between the red deer and its sister species, the wapiti, currently found only in Asia and North America.”

By analysing molecular data and radiocarbon dates, researchers calculated that the time of separation of these two deer species occurred about 400,000 years ago, 3-4 times later than the time calculated by other researchers.

A press release said: “Although scientists do not agree when these two species separated, the age calculated by the Dr. Niedziałkowska's team is consistent with the period, for which the age of the earliest red deer debris found in Europe is estimated.”

The researchers also found that before the peak of the last glaciation (26-19,000 years ago), the ranges of red deer and wapiti overlaid. Both species occurred at the same time in the area from Ural to Eastern Europe.

Dr. Niewiałkowska said: “After the peak period of the last glaciation, wapiti disappeared from Europe, which was probably associated with climate warming in the postglacial period and the Holocene.

“One of the red deer clades found earlier in the area from Ural to the present-day southern Poland probably also went extinct at the end of Pleistocene because its presence in the postglacial period and the Holocene was not recorded.”

She added that today's genetic diversity of red deer in Europe is well understood with two genetic mtDNA clades dominating - clade A, inhabiting significant areas of Western, Central and Northern Europe and clade C, found mainly in South and Eastern Europe. The range of the remaining clades B, D and E is limited only to small areas in the southern and eastern part of the continent

The researchers showed that the range and genetic diversity of the remaining claders of both red deer and wapiti changed during postglacial period.

Along with the glacier retreating and the release of areas covered with ice sheet in Western and North-Western Europe (...) the expansion of clade A took place. Niedziałkowska said: “Its range before the peak of the last glaciation included only Western Europe, and currently this clade inhabits greater part of the continent, from Spain in the southwest to Scandinavia in the north and Belarus in the east.”

According to the researcher, the range of red deer in the postglacial period and the Holocene increased almost throughout Europe, with the exception of the easternmost areas. After the peak of the last glaciation, red deer was no longer found in Ural, and about 5,000 years ago, the population of the species began to go extinct also in Eastern Europe. Currently, the eastern border of the red deer range runs through the western part of Russia.

The distribution of wapiti also changed during the postglacial period and the Holocene, and today, probably in connection with the warming climate, wapiti increases its range to the north in Eastern Siberia.

The research results were published in the Zoological Journal of the Linnean Society.