Most believe that COVID-19 vaccinations should be voluntary, says new CBOS report in Poland 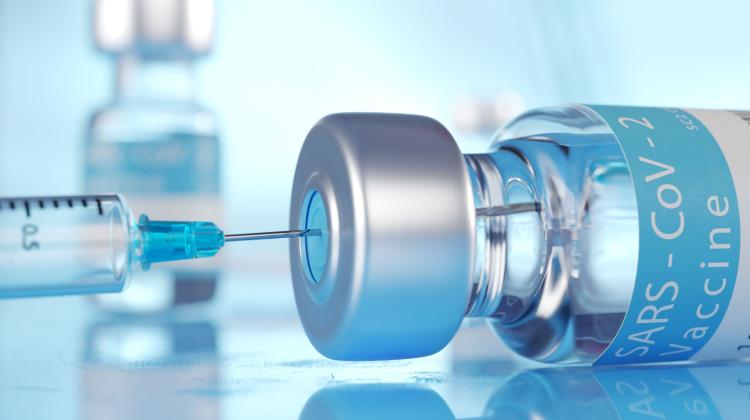 A new survey in Poland has found that over half of respondents think vaccination against COVID-19 should be completely voluntary (54 percent).

Between 16-26 August, the Public Opinion Research Center asked respondents about their fears of coronavirus infection, the assessment of government policy towards the epidemic and their attitude to COVID-19 vaccination.

Among the younger respondents (up to 45 years old) the majority are not afraid of an infection, and in the case of the youngest (18-24 years old), a huge majority (80 percent) said they had no concerns.

In addition, older respondents have a more positive attitude to vaccinations. A relatively small number of 65+ respondents do not want to vaccinate (13 percent, compared to 35 percent among the youngest respondents). Similarly, people living in the largest cities (13 percent), graduates of universities and respondents from households with per capita incomes of at least PLN 3,000 (17 percent in each case). In socio-professional groups, a more positive attitude to vaccinations is declared by pensioners (15 percent do not intend to vaccinate), management staff and specialists with higher education (14 percent).

When it comes to mandatory vaccinations, Poles would like to include employees of the health care system (95 percent), employees of social assistance houses (87 percent), and teachers (82 percent). Also mentioned are uniformed services (76 percent) and, a little less often, employees of trade and services (58 percent and 52 percent respectively). A small part of the respondents name other groups, which include: older people, officials, priests and generally people who have contact with a large number of people (a total of 19 percent).

More than half of the respondents are against the introduction of restrictions on the use of public places, such as shopping centres, restaurants, cinemas, etc. for non-vaccinated persons (unless they are convalescents or have the current negative result of the coronavirus test), and slightly more than one third support such restrictions (35 percent). Vaccinated people support this solution more often, and taking into account socio-demographic characteristics - older people (49% in the 65+ age group), those living in the largest cities (48 percent), university graduates (43 percent), those with per capita incomes in a household of at least PLN 3 thousand (48 percent), and in socio-professional groups - pensioners (48 percent), self-employed and medium-level personnel, technicians (45 percent in each group).

Also, more than half of the respondents (59 percent) believe that employers have no right to require employees to vaccinate against COVID-19, and people supporting such a right of employers are a minority (35 percent).

Compared to the previous measurement, there is no significant change of the assessment of government activities in combating the epidemic. Like in July, more than half of the respondents have a positive opinion on the government's activities in this area (55 percent, increase by 2 points in relation to July), and more than one third (36 percent, decrease by 2 points) have a negative opinion.

The older respondents (76 percent in the 65+ age group), those living in the countryside (60 percent) or in smaller cities below 100,000. residents (57-60 percent depending on the category), with basic / junior high school education (65 percent) or basic vocational education (67 percent), and in socio-professional groups pensioners (73 percent) and farmers (70 percent) more often declare their satisfaction with the government activities aimed at combating the coronavirus epidemic.

Opinions on the government's steps to combat the epidemic mainly depend on political views and supported parties. Almost three-quarters of the respondents identifying with the right (74 percent) are satisfied with the steps taken by the government, and nearly half of the respondents with leftist political views are critical of them (49 percent). In potential party electorates, the vast majority of PiS supporters (together with Solidarna Polska) positively asses the actions of the government in this area, while supporters of opposition parties perceive them more negatively. Supporters of Konfederacja have the worst opinion on the government's activity in this area, the majority of them declare dissatisfaction.