Innovation
This text can be copied
Karolina Duszczyk 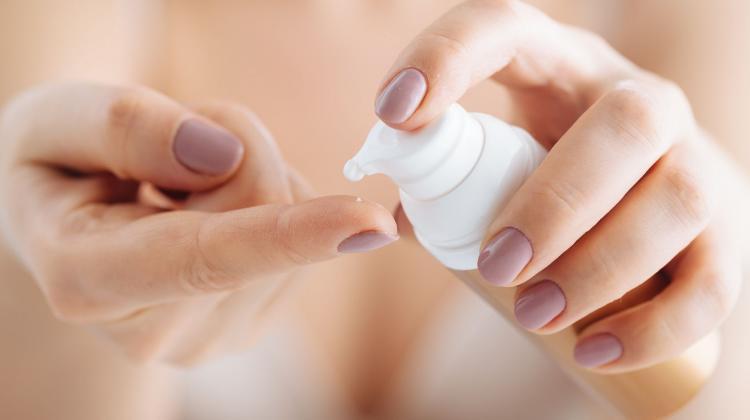 Cosmetics containing microcapsules of ozonated hemp oil in hyaluronic acid - eye serum and hand serum, packed in fully biodegradable films - have been developed by scientists from the University of Agriculture in Krakow. They used the polymer to obtain preparations that moisturize the skin, rebuild damaged epidermis and regenerate tissues.

Dr. Khachatryan said: “We treated hyaluronic acid as a matrix to create nano and microcapsules of ozonated oil. Ozone is an unstable form of oxygen. Combining it with unsaturated fatty acids, in this case with hemp oil, and then encapsulating it, extends its life.”

The scientists managed to encapsulate hydrophobic substances (essential oils) in order to obtain a composite with a bactericidal and bacteriostatic effect. They can be used as dressings or smart packaging materials.

In their cosmetics, the scientists enclose ozonated hemp oil in the form of microcapsules in hyaluronic acid. The microcapsules have slow, controlled release, and their size allows them to penetrate deeply into the pores of the skin. Hyaluronic acid, a compound that occurs naturally in the human body, is completely safe even for people with sensitive skin. The cosmetics not only improve skin elasticity, but also have a bactericidal and virucidal effect.

Khachatryan said: “Ozone is widely used, for example in therapies after coronavirus infection, or for sterilising rooms. In our cosmetics, a small amount of it is enclosed in microcapsules. This allows to control its slow release while maintaining all its desired properties. The size of ozone capsules and hyaluronic acid molecules allows the cosmetic to penetrate the pores.”

The researchers from the University of Agriculture in Krakow have also developed biodegradable films for packaging cosmetics and a soluble film for bath bombs. They used chitosan, which is a derivative of chitin - the second most common polymer in the environment after starch, and sodium alginate - a compound found in the cell walls of algae, obtained from brown algae washed on the shores of the Atlantic Ocean. They obtained a natural, soluble polymer film that is chemically composed of simple sugars.

Dr. Khachatryan said: “The film is degradable, it dissolves completely after a few weeks, leaving no negative environmental footprint. In terms of mechanical properties and plasticity, it does not differ from commonly used plastic films, and slight modifications enable its technological sealing. We have also managed to develop a hyaluronic acid and alginate based soluble film that which forms a shell for bath bombs while also being a part of the cosmetic. After throwing it into the water, the foil transforms into a hydrogel, which we can, and even should, apply onto the skin as a cosmetic that moisturizes and regenerates skin tissue.”

The researchers combine nanotechnology with biopolymers that can replace plastic in the future. Among other things, they synthesize biopolymer films, using biodegradable, renewable and environmentally non-toxic polymers of natural origin. The films are then subject to many physical and chemical modifications. Polymers are sometimes treated as a matrix to contain biologically active, bactericidal or bacteriostatic substances, which, for example, extend the shelf life of products. Nanotechnology allows scientists to achieve better properties of compounds while using their small amounts.

Scientific and industrial cooperation was financed with an 'Innovation voucher' under the Smart Growth Operational Programme.