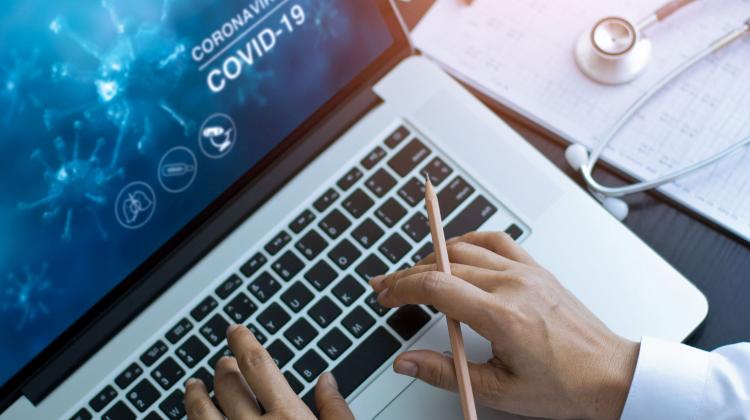 Poland is one of the few countries with a registry and recommendations for the treatment of complications after COVID-19 in children. The results of research of scientists from several Polish centres on the paediatric multisystem inflammatory syndrome (PIMS) related to COVID-19 were recently published in Scientific Reports.

The multisystem inflammatory syndrome in children (MIS-C) associated with COVID-19 is better known in Poland as paediatric multisystem inflammatory syndrome (PIMS). Severe inflammation affects the entire organism on average 4 weeks after infection with SARS-CoV-2. The most dangerous complication of MIS-C is acute heart failure and coronary artery aneurysms.

The paper 'Distinct characteristics of Multisystem Inflammatory Syndrome in Children in Poland' describes the course of the disease in 274 children with MIS-C in Poland. Thus, Polish scientists presented the third largest (after the US and the UK) database of MIS-C cases in the world, the Interdisciplinary Centre for Mathematical and Computational Modelling of the University of Warsaw reports.

The authors of the publication are researchers from three universities: the Wroclaw Medical University, the Medical University of Warsaw and the Interdisciplinary Centre for Mathematical and Computational Modelling of the University of Warsaw, assisted by doctors and researchers from the Provincial Hospital in Wroclaw and the Institute of Biochemistry and Biophysics of the Polish Academy of Sciences.

The interdisciplinary team of researchers began joint work on understanding the new disease entity in May 2020, after the first cases in Poland and the reports on PIMS in the international medical journals.

The ICM UW reminds in a press release that the data concerning MIS-C in Poland are collected in the National Register of Inflammatory Diseases of Children, which is part of the research project MOIS-CoR (Multiorgan Inflammatory Syndrome COVID-19 Related). Popular science information for parents and the Polish and international MIS-C recommendations are available on the jointly hosted website: https://pimsudzieci.pl/en/strona-glowna-en

Forty-two hospitals in Poland took part in the research conducted by the Wroclaw Medical University, the Medical University of Warsaw and the Interdisciplinary Centre for Mathematical and Computational Modelling UW.

According to the release, Poland is one of the few countries in the world that has its own recommendations for medical treatment of MIS-C. A statistical characterization of the disease was possible mainly thanks to the systematic collection of data in the MOIS-CoR database. 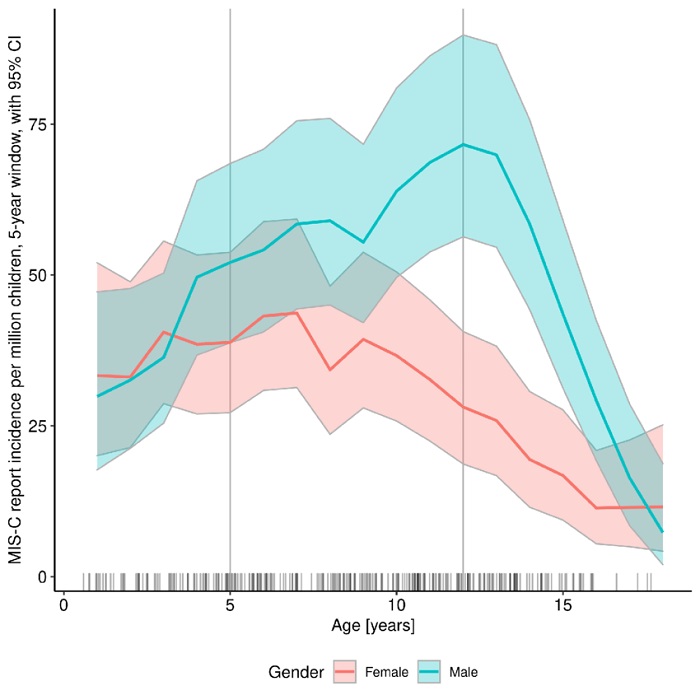 “In the case of rare phenomena, creating an extensive database is difficult and requires the involvement of many people, but it is also extremely important. The experiences of individuals can be very different and lead to erroneous conclusions,” says, Dr. Kamila Ludwikowska from the Department of Paediatrics and Infectious Diseases at the Wroclaw Medical University.

“An additional challenge was the fact that when we designed the study, almost nothing was known about the new disease; we had to remain open to a lot of information,” adds Dr. Magdalena Okarska-Napierała from the Department of Paediatrics and Observation Ward of the Medical University of Warsaw.

Detailed description of MIS-C on such a large population is a very demanding task. The authors emphasize that the progress is due, among other things, to an extraordinary commitment of the paediatric community

“When we started the study, we did not expect so many cases of MIS-C in Poland. About a month after the start of the autumn wave of COVID-19 in 2020, the paediatric wards started filling with children with MIS-C, it was a real +epidemic in an epidemic+,” says Dr. Okarska-Napierała.

Dr. Ludwikowska adds that MIS-C is a serious illness that required hospitalisation with the involvement of various specialists. “In the US and the UK, at least half of the children with this diagnosis required treatment in paediatric intensive care wards, some of them required ventillation. In Poland, the percentage of children under intensive care was much smaller, less than 10 percent,” she says.

“When preparing the database assumptions, updating the adopted statistical model of data analysis and preparing the publication, we operated in almost real time conditions. New cases of patients were being entered by doctors all over the country in parallel with describing the population features of the cohort,” says Dr. Catherine Suski-Grabowski from the Interdisciplinary Centre for Mathematical and Computational Modelling of the University of Warsaw.

In the publication, the authors draw attention to a different ethnic background of the described group of patients compared to reports from other countries. This might affect the course of MIS-C.

“Our study brings a valuable contribution to existing observations from other countries, mainly from the US and the UK. Like in those countries, MIS-C in Poland mainly affects school-age children. The most frequent symptoms include fever, skin and mucous membrane changes, abdominal symptoms and cardiac disorders. We have also observed a similar compilation of deviations in laboratory tests, including those with very high inflammation markers, a small number of lymphocytes, low serum sodium concentration. We were the first to show that not only age, but also sex can affect the occurrence and course of the disease, and the highest risk of acute cardiac complications concerns teenage boys,” says Dr. Okarska-Napierała.

Importantly from a practical point of view, thanks to the statistical solutions they used, the authors also managed to distinguish the diagnostic features of MIS-C associated with a heavier course of the disease already present on admittance to the hospital.

According to the release, the next step towards better understanding of MIS-C will be conducting genomic tests to determine whether there are genetic and immune predispositions to develop this serious complication after SARS-COV-2 infection.