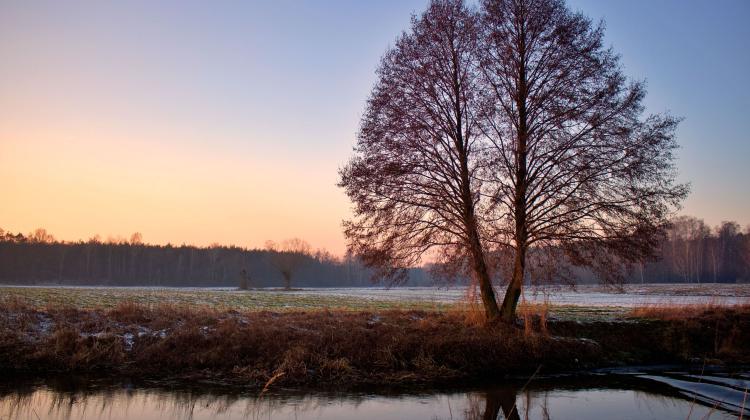 The rivers the supply the central Oder and the Vistula are threatened by drought. The drying layers of soil will cause further desertification of areas in Kujawy, Pomerania, Wielkopolska and in the Lublin region. This is the result of the lack of precipitation and higher temperatures, says Grzegorz Walijewski, a hydrologist and spokesman for the Institute of Meteorology and Water Management.

'From 2015, with a short break last year, we have been dealing with permanent drought. This year, after a fairly wet February, when we had a total of 113 percent of standard precipitation in Poland, it appeared that the problem of drought could be smaller, but from February 25 we have been having a windless, rainless, sunny weather. In a larger part of the country, except for southern, south-eastern and partly eastern Poland, there was no rain. In addition, relatively high temperatures during the day caused greater evaporation, which means that the situation is getting worse every day', says Walijewski.

According to the hydrologist, we are already dealing with the first symptoms of meteorological drought. 'We talk about this phenomenon when there is no rainfall for at least 20 days, or there is a shortage of rainfall', he explains.

This translates into lower soil humidity. In the eastern provinces (Lublin, part of Podkarpacie), in central Poland (Mazowsze, western part of the Lubusz province), in Wielkopolska and West Pomerania, humidity in the top 7 cm layer of the soil is falling below 45 percent. 'This is the first sign of problems for farmers, because the top layer of the soil is drying', Walijewski points out.

In the eastern part of the country, in a deeper layer of soil (8 to 28 cm) humidity is below 50-45 percent. 'The situation will worsen, because in the following days, due to high pressure, the rainfall deficiency will continue at least until March 24. Later, around March25-26, small rains may appear, but this will not change the fact that rainfall in March will be with below the norm throughout the country', he says.

Currently, the water in the rivers mostly reaches an average level, but there are more and more rivers appear with low levels. 'The lack of water from melting snow contributes to the downward trend', he adds.

The drought threatens the most the rivers in the Polish lowland and the Odra basin, especially the Warta and Central Oder basin, as well as all rivers that flow to the central Vistula.

'The amount of water in Poland will continue to decrease. There are forecasts that by 2040, the availability of drinking water can drop by about 30 percent in some places', says Walijewski.

He points out that in the central part of the country, for example in Płock, an annual rainfall deficit has been recorded since 2010. Precipitation was getting smaller from year to year and the total deficit is approx. 600 mm. 'It is comparable to a whole year with not rain', he explains.

'Other regions of Poland, Kujawy, Pomerania, Wielkopolska, the Lublin region, and even some places in Masuria, also suffer from water shortages. These areas are desertifying. Over the last 4-5 years, we have seen more dust storms. Two years ago In Lublin, chernozem was heavily dried and then the strong wind caused sandstorms. The floating dust was clearly visible in satellite images', says Walijewski. He emphasises that this phenomenon will intensify. (PAP)