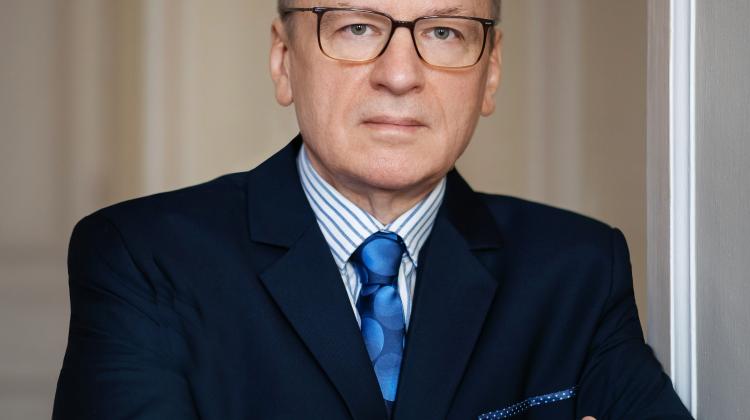 In July, ShanghaiRanking Consultancy published the results of one of the most prestigious and most important rankings of world universities - the Global Ranking of Academic Subjects (GRAS), 2022, in which university achievements are analysed separately in each of over 54 areas of education. The ranking is prepared by ShanghaiRanking Consultancy. In total, the list includes over 1.8 thousand universities in 96 countries.

University of Warsaw Vice-Rector for Research, physicist Professor Zygmunt Lalak told PAP: “In the ranking of academic subjects, we have consistently been in very high positions for several years. But physics at the University of Warsaw developed effective methods of raising scientific quality a few decades ago. We conduct very broad scientific cooperation and exchange with leading centres in the world. As a result, the topics of research conducted at the Faculty of Physics are current and universal.”

According to Lalak, the high position of physics at the University of Warsaw mainly results from a high increase in the number of citations of papers published by employees of the University of Warsaw. He said: “This means that the internationalisation of research leading to the creation of these papers is also very high. This certainly has a positive impact on achieving a high places in the rankings.”

International contacts, he added, affect recognition in the scientific world. “Thanks to this, our employees are co-authors of studies and publications, while their work is valued and cited because scientists from other countries know them, and know that the papers created at the University of Warsaw significantly contribute to a given field,” he said.

As the main reason for the high position in the ranking, Professor Lalak named the continuity and consistency of high-quality physics research at the university.

He said: “The success is also a result of the consistent policy of the faculty authorities, implemented for decades, the roots of which date back to the pre-war period. In 2021, we celebrated the 100th anniversary of the Institute of Physics at 69 Hoża Street at the Faculty of Physics. Many groundbreaking moments in the history of science are connected to the Faculty.

“It was there in 1991 that the first fully functional internet connection was established in Poland, and two years later the first Polish www server was launched. The tradition is still cultivated. The community was shaped, which created the culture of high-quality research work, passed on to subsequent generations.”

He added that emphasis was put on an even development of various specialisations, saying: “This is our strength and stability of our position, which is not threatened by various scientific fashions.”

Among the specialisations in the area of physics, in which the University of Warsaw is particularly strong, he mentioned quantum physics and physics of fundamental interactions.

When asked about how the Faculty of Physics intended to fight for higher positions in the ranking, Lalak said that the University of Warsaw now competed against great scientific powers and it was not easy. In the top three there are American universities: Massachusetts Institute of Technology (MIT), Princeton University and Stanford University.

Ten scientific disciplines at the University of Warsaw are included in the GRAS ranking. This year's ranking includes 25 Polish universities in 28 disciplines.