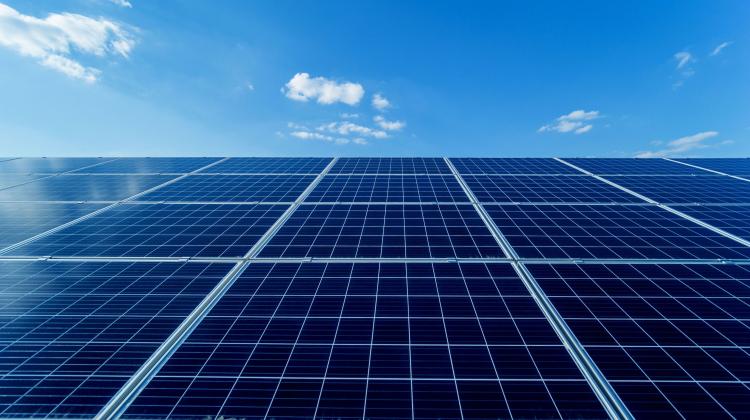 Researchers from Gdańsk University of Technology have discovered a unique method for recovering pure silicon from photovoltaic modules in laboratory conditions.

Director of the university’s Industrial Doctoral School, professor Ewa Klugmann-Radziemska, said: “We have developed a patent-protected method of extracting a silicon cell from a module, so that 99.99% pure silicon remains in the recovery process, and can be reused in the production of PV cells.

“Currently, similar solutions are not mentioned in worldwide scientific publications, however international industry is working within that scope. According to available data, there is no company that recycles modules in Poland.

“This solution will limit the consumption of valuable materials and energy in production processes and reduce waste generation.”

The scientists plan to apply a PV module recycling method, developed at the Department of Energy Conversion and Storage at the Faculty of Chemistry of Gdańsk Tech and patented in 2014.

At the end of 2021, Gdańsk University of Technology granted an exclusive license to use the invention to a company that is an industrial partner in the VENTUS project.

Klugmann-Radziemska said: “This project focuses on verification whether our technology, effective in the laboratory trials, will be similarly effective and profitable on a large scale.”

Explaining the process of recovering silicon from a used photovoltaic module, she said: “In order to release the cell, the layers that were applied in the technological process must be separated from the silicon substrate. We use the following processes: mechanical (removal of the aluminum frame), thermal (evaporation of the laminate in the pyrolysis process), and chemical.

“The chemical process itself is divided into two stages: using mixtures of bases and acids. All processes together take about an hour,”

According to the university's press release: “If, for various reasons, it is not possible to recover the entire silicon wafer, researchers will work on its fragments that can be used in the production of further PV cells. For this purpose, they will melt the silicon powder in the Czochralski furnace, so that after obtaining a silicon crystalline cylinder (almost free from defects), they can cut silicon wafers in order to use them in the photovoltaic industry and electronics.”

Klugmann-Radziemska added: “The production of high-purity glass, aluminium and silicon, i.e. materials used in the production of photovoltaic modules, are the most energy-consuming technologies in industrial production, therefore the use of recycled materials will significantly reduce the consumption of primary energy.”

The research follows the global model of the circular economy. Thanks to the solution, it will be possible to recycle modules at the level of 90% (including the recovery of aluminium and glass).

The first large photovoltaic installations in Europe were built in the 1980s, and the average lifetime of the modules is approximately 25-30 years.

Klugmann-Radziemska said: “Therefore, there is already a lot of photovoltaic waste in Europe, produced at different times and in different factories. It will be necessary to accurately identify the materials used in the production of modules, including the verification of materials or metals that were applied.”

The project 'Recycling Technology of Crystalline Silicon Photovoltaic Modules' is iplemented under the Ventus Hydrogenii Redivivus programme in the Redivivus area, as part of the EkoTech Centre. (PAP)