Superluminal view of the Universe 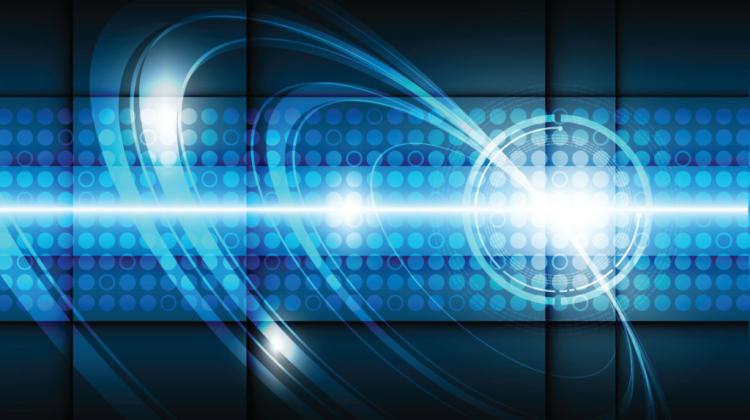 How would our world be viewed by observers moving faster than light in a vacuum? In a joint publication, theoretical physicists from the University of Warsaw and Oxford University combined the principles of quantum mechanics and special relativity in four-dimensional space-time.

The picture of the world from the perspective of a superluminal object would be very different from what we encounter on a daily basis. We should expect to see not only phenomena that occur spontaneously and without a deterministic cause, but also particles that move along multiple paths simultaneously, ones we know from quantum theory, say the Polish and English physicists.

In a press release from the Faculty of Physics of the University of Warsaw, the scientists said that such a world would be characterized with three time dimensions and one spatial dimension and described in the language of field theory that physicists know very well. Believing that superluminal objects do exist, they said: “It turns out that the presence of such superluminal observers does not lead to anything logically contradictory.”

In the early 20th century, Albert Einstein completely redefined our perception of time and space. Three-dimensional space acquired a fourth dimension - time, and the previously separate concepts of time and space began to be treated as a whole.

Professor Andrzej Dragan, a physicist from the Faculty of Physics of the University of Warsaw and the National University of Singapore said: “In the special theory of relativity formulated by Albert Einstein in 1905, time and space differ only in the negative  sign of some equations.”

Superluminal observation of the world

What happens if we assume, at least theoretically, that the world might be observable from superluminal frames of reference? According to the physicists, there is a chance that this will allow us to integrate the basic principles of quantum mechanics into the special theory of relativity.

Professor Dragan and Professor Ekert from the University of Oxford first presented this hypothesis in the paper 'Quantum Principle of Relativity' published two years ago in the New Journal of Physics. They considered the simplified case of both families of observers in a space-time consisting of two dimensions: a spatial and a temporal dimension.

In their latest paper 'Relativity of superluminal Observers in 1 + 3 spacetime', five physicists go one step further and present conclusions about the entire four-dimensional spacetime and formulate a full, extended special relativity.

The authors start from the concept of space-time, which corresponds to our physical reality: with three spatial dimensions and one temporal dimension. From the point of view of a superluminal observer, however, only one dimension of this world retains a spatial character - the one along which the particles can move. “The other three dimensions are time dimensions,” said Professor Dragan.

The paper’s co-author Professor Krzysztof Turzyński added: “From the point of view of such an observer, the particle +ages+ independently in each of the three times. But from our perspective of mundane sub-light beings, it looks like a simultaneous movement in all directions of space, i.e. the propagation of a quantum mechanical spherical wave associated with a particle.”

How does the description of the world change when superluminal observers are introduced? After considering superluminal solutions, the world becomes non-deterministic, particles - instead of moving individually - begin to move on many orbits simultaneously according to the quantum principle of superposition.

The paper’s authors said: “For a superluminal observer, the classical Newtonian point particle no longer makes sense, and the field becomes the only quantity that can be used to describe the physical world. Until recently, it was generally accepted that the postulates underlying quantum theory were fundamental and could not be derived from anything more fundamental. In this work, we have shown that the justification of quantum theory using extended relativity can be naturally generalized to 1 + 3 spacetime, and such an extension leads to conclusions postulated by quantum field theory.

“All particles seem to have extraordinary - quantum! - properties in the extended special relativity', the physicists conclude. Does it work both ways? Can we detect particles that are normal for superluminal observers, i.e. particles moving at superluminal speeds relative to us?”

Professor Turzyński said: “It's not that simple. The mere experimental discovery of a new elementary particle is an achievement worthy of a Nobel prize and feasible in a large research team using the latest experimental technology. However, we hope to apply our results to a better understanding of the spontaneous symmetry breaking phenomenon associated with the mass of the Higgs particle and other particles in the Standard Model, particularly in the early Universe.”