Political apathy can be broken through good example, says psychologist 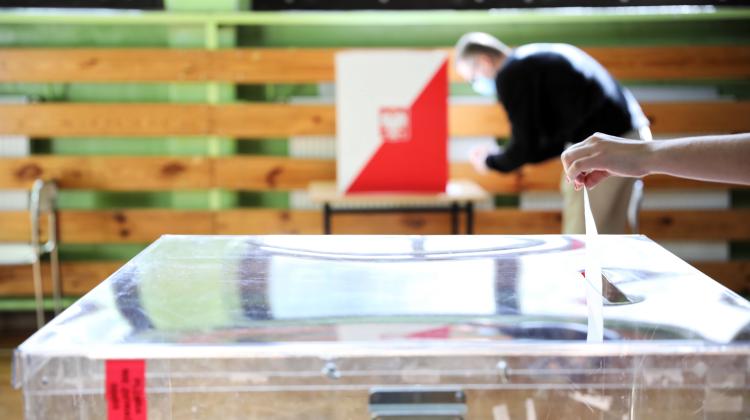 People with a low sense of sociopolitical control, for example those who do not believe that they have any influence on politics, do not always decide not to vote in elections. Their political apathy can be broken if the people around them are active and set an example of positive civic attitudes, says psychologist Dr. Anna Potoczek.

The researcher received the Prime Minister's Award for her doctoral dissertation on this topic, defended at the Jagiellonian University.

Potoczek said: “The basic human need is to have a sense of control over one's own environment and life. It is the ability to achieve the desired effects of actions and avoid undesirable ones. However, the sense of control is often threatened by situations beyond our control, including health problems, and recently the pandemic and economic crisis.”

One of the topics she and her team explored was the sense of sociopolitical control. It manifests itself, among other things, in the beliefs that 'my vote matters in elections' and 'my vote determines who is in charge'.

Psychologists measured how much respondents believed that their vote mattered in elections. Then they checked what, according to the respondents, the social norm was. They asked respondents to estimate whether most of their friends voted in elections and whether, in their opinion, the majority of citizens would vote.

In Poland, among people with a low sense of control, the belief that their friends would vote was much more important than the belief in the opinion of the majority of citizens.

That is not all. Researchers wondered if it was possible to experimentally influence the reluctant people to vote in elections.

They created two experimental scenarios. A randomly selected part of the group received (false) information that voter turnout in Poland was falling and that there would be fewer and fewer voters in the future elections. The other half of the respondents received (true) information that the majority of citizens would take part in the elections and the turnout was growing.

It turned out that people who declared high control over sociopolitical matters were resistant to manipulation. They declared that they would vote regardless of the turnout data presented to them. On the other hand, people who had a low sense of sociopolitical control made their decision on voting dependent on what they had learned in the experiment. If they received information that the turnout would be low, they said that they would not vote, and when they received information about a high turnout, they said that they would vote.

Potoczek said: “Of course, after the experiment we explained to the respondents that it was manipulation

“This shows that social norms can have a twofold effect. However, what we focused on is the fact that it is possible to encourage people with a low sense of sociopolitical control to vote in elections. They are not doomed to political apathy if they are surrounded by a positive social norm.

The results of the study were published in the journal Personality and Social Psychology Bulletin.

Potocezk continued: “Sometimes people in power try to motivate people to vote by saying that few people vote, so it's worth voting because every vote matters more. Our research shows that this strategy can have the opposite effect. It conveys information that the social norm is that others do not vote.”

In order to encourage people to vote in elections - as research has shown - one should emphasise a positive social norm, i.e. the growing turnout, or the fact that over 60 percent of citizens do vote, the psychologist advises. Social media can play a huge role.

Potoczek said: “It is becoming fashionable to show your participation in elections, for example with a hashtag - #ivote, #voted, etc. People who would normally not vote can change their mind after seeing that they are surrounded by a positive norm.

“It is assumed that people who lack a sense of control seek cues about how they should behave and what behaviour is desired by other members of their groups.

“This is explained, for example, by group control theory, according to which we can have individual and social identities. When we lose control on an individual level, we can try to regain it on a group level.

“I may not be able to solve the problem myself, but I know that as a member of a certain group I am able to achieve it.”

Potoczek said: “People who are more out of control over their lives are therefore more susceptible to social norms.”

The next step that the researcher and her colleagues want to take is to examine the political preferences of people who have a low sense of sociopolitical control. For now, it is not known who the people with low sense of control vote for most often.

Potoczek said: “Political crises, but also recently the COVID-19 epidemic, reinforce the sense of loss of control. We have no influence on inflation, on rising interest rates on loans. We get a lot of evidence that there are many factors in sociopolitical life that are beyond our control. If we do not have control over that, what control do we have? Therefore, crises may favour the emergence of apathy at a later time.

“Research shows, however, that this apathy can be counteracted, also by giving examples of positive civic behaviour in one's environment.”