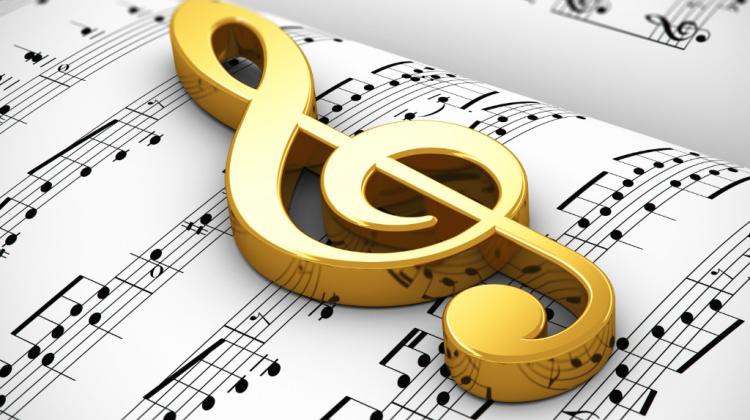 Researchers encoded Ludwig van Beethoven's "Für Elise" in the yeast genome. Although they tinkered with important genes, yeasts with "musical" DNA were able to survive. One of the authors of the study, Monika Zbytniewska, talked about how easy it is today to edit the genome.

And what if in the future we will store data not on electronic devices, but in tiny, extremely capacious structures - such as the DNA, well-known from nature? Researchers are already testing how to precisely write information in the DNA and design encoded fragments so that they do not interfere with the body's functioning.

Thanks to genome editing technology, genes can be programmed with single nucleotide precision - nucleotides are "characters" that form genetic information. A spectacular example of the use of this technique was encoding... a short video in bacterial DNA.

Monika Zbytniewska talked in an interview with PAP about her research, which she conducted as part of her studies at Imperial College London. Together with colleagues she encoded Ludwig van Beethoven's musical piece "Für Elise" in yeast DNA. After a few days, the piece could be played by analysing the genes obtained from the yeast colony grown in the experiment.

The piece was encoded in the genome in the MIDI format.

The video presenting "Für Elise" in the MIDI format: https://youtu.be/DhSa3IpezrM

A PIECE OF BEETHOVEN IN DNA

Young researchers have replaced the original yeast DNA fragment of 1000 pairs of nucleotides with a new one that they designed.

"There already are laboratories that synthesize DNA, so we designed our fragment and ordered it online. It costs about 100 British pounds. Ordered DNA - only one molecule - is delivered by post in a small test tube. The DNA is dry and so tiny that actually you can not see it in the container" - said the researcher. The fragment needs to be multiplied and delivered to the cells.

The fragments were used to replace with the originals with a simple and inexpensive gene editing technology - CRISPR-Cas9. CRISPR (Clustered Regularly Interspaced Short Palindromic Repeats) are RNA molecules that are like a DNA chain guide. They can find a precisely designated spot in the genome and guide the appropriate enzyme - Cas9. Cas9 protein works like scissors - it cuts the DNA in exactly the right place. In the next stage, you can insert a different, precisely designed DNA fragment in this place.

One of the experiments was successful. Yeast cells with a new piece of DNA began to multiply quickly on a Petri dish. After a few days, the researchers verified that indeed the Beethoven's piece was still encoded in the yeast genome.

REPLACEMENTS THAT CHANGE SO LITTLE

"I worked on an algorithm that would allow to write notes in a DNA fragment without altering its function" - said Zbytniewska. She explained that DNA can not be freely manipulated and information can not be encoded in a completely random way. You have to take into account that the DNA stores the recipe for amino acids. And they, in turn, create the proteins that are essential for life. "We wanted to have exactly the same amino acids after our modification as in the original" - said the student.

She explained that each of the 20 amino acids can be coded in DNA in several ways. For example, one of the amino acids - proline - is coded by four codons: CCA, CCC, CCG or CCT. Monika Zbytniewska proposed how to safely replace individual triplets in DNA with their substitutes. And how top of sew additional information, for example about notes, in these modifications. In order to read the hidden message, you only need to know how to find this information. The experiment was successful.

The researchers modified the genome fragment that was really important for yeast life. And yet the cell was able to survive. This way, a living organism has become a carrier of information recorded by researchers.