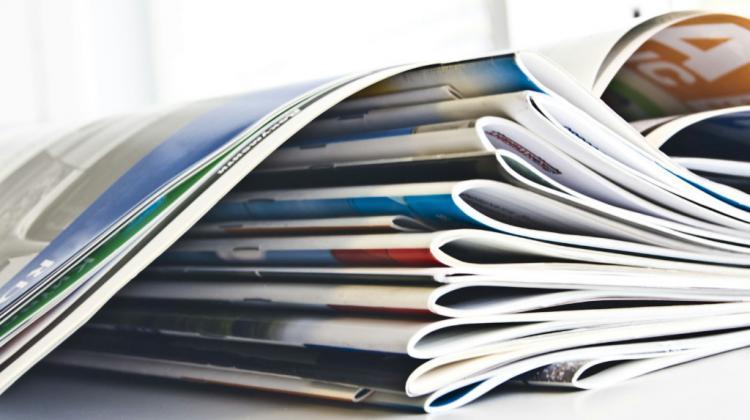 Predatory publications pretending to be scientific are thriving, warn experts.

According to estimates, there are several thousand journals and publications that appear to be for scientific purposes but in reality are purely profit-making schemes, says Jolanta Szczepaniak from the Lodz University of Technology.

Lacking any editorial control or a reviewer`s supervision, their only goal is profit - and the authors of the published articles have to pay too.

Szczepaniak said: ”There is still a demand for publishing in such journals. +Predatory+ publishers are getting better and better at camouflaging their activities.

“Even various provocations and publications unmasking individual titles do not cause them much damage. They are still active and encourage researchers to send articles.”

The publishers of these publications look for ways to trick researchers into thinking they are contributing to an important scientific journal.

Predatory conferences, for example, are organized, the main purpose of which is to extort conference fees. Scientists can present the results of their research, but they are not subject to a review process, and the event organizing committee does not pay attention to quality. Researchers participate to demonstrate that they are active conference participants.

"Predatory publishers" also publish books, edit, proofread or translate texts. "However, their activities, as in the case of journals, have little to do with scientific reliability," Szczepaniak says.

In July 2019, the Ministry of Science and Higher Education published a list of journals and reviewed materials from international conferences. Publishing in those journals is scored, which is important in the process of evaluating researchers. Earlier, the Ministry of Science published a list of publications publishing peer-reviewed scientific monographs.

Szczepaniak says that these lists are unlikely to eliminate the phenomenon of publishing in "predatory" journals.

"However, they can effectively reduce the number of scientists who publish there. Ministerial lists can be treated as white lists of titles and institutions, with which it is worth cooperating," the expert says. She adds that scoring more points for the article will also be a motivator for scientists. Thus, publishing in non-listed scientific journals will not pay off.

An investigation in 2018 by German journalists showed that up to several hundred thousand scientists publish in unreliable scientific journals.

"Some researchers fall prey to predatory journals: only after submitting the manuscript they begin to suspect that the journal may not be credible. But it is possible that some scientists publish with +predatory+ publishers on purpose, due to the fast publication date, no review process, after the article has been rejected by recognized journals. Lack of experience among young scientists may be another reason," says Szczepaniak.

It is unclear how many Polish researchers publish in such periodicals. "Such studies have not yet been carried out. Anyway, their implementation would be difficult, hardly anyone would admit to working with such a publisher," Szczepaniak says.

According to her, among young Polish scientists who are starting their academic careers, awareness of this phenomenon is often negligible. "Predatory publishers may tempt this group with fast publication dates or low rates for the article," she said.

Most predatory journals and most scientists who publish in them are from India, with Nigeria, Pakistan, Turkey, Iran, Indonesia, the USA and the UK also being involved.

Szczepaniak said: "I do not know Polish publishing houses or journals that would be considered predatory. In Poland, the problem is rather the lack of awareness of the phenomenon of predatory publishers and how to recognize them.”

Fighting the phenomenon, she says, is difficult because the activity is not illegal, only unethical. But one way is to tackle it at university level, by ignoring articles published in them and not including them n an author’s list of achievements.

"This will cause the authors themselves to pay more attention to where their text will be published. The phenomenon of predatory publishers will lose significance when authors are aware of the threat and when publishing in predatory journals simply does not pay off," Szczepaniak said.