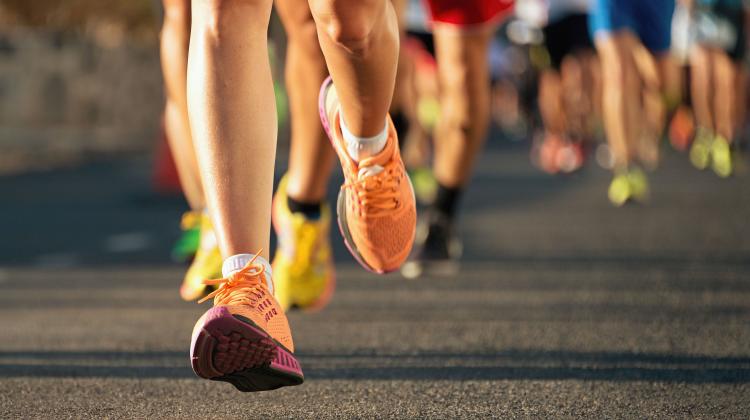 Running the marathon does not increase muscle stiffness in runners aged 50+. This is a surprising conclusion, because the hypothesis and subjective feelings of runners before the start of the study suggested the opposite, the study authors say.

Researchers from the Wroclaw University of Health and Sport Sciences and the Wroclaw Medical University presented the results of joint research on the efficiency of the marathon runners over the age of 50. They compared the results of 23 participants of the Wrocław Marathon. This was the first such study in Poland, aimed to explain what physiological factors affected the result of runners in the 50+ age group.

Professor Krzysztof Maćkała from the Wroclaw University of Health and Sport Sciences explained that the stiffness of two muscles (quadriceps and triceps) in 12 points in both legs was tested twice: one day before the start and within 30 minutes after reaching the finish line.

'We found that there was no increase in muscle stiffness after the marathon. Surprisingly, there was a stiffness reduction in the left calf, which is the dominant muscle in the run. Thus, the hypothesis was not confirmed that muscle mechanical properties and resting tension may change after a long-term physical exertion', says Maćkała.

Professor Jan Chmura from the Wroclaw University of Health and Sport Sciences does not hide his surprise by the research results. He was a marathon runner and subjectively felt muscle stiffness.

I ran 24 marathons in various climatic zones and conditions, and it has always affected perceived muscle stiffness and muscle spasms. I was very surprised that the results of our research did not confirm what I myself felt after all these starts', says Chmura.

Researchers from the Wroclaw Medical University Department of Physiology and Pathophysiology examined oxygenation, blood pressure and the influence of breathing on the efficiency on shrinking and expanding of blood vessels. Blood samples were taken from runners one day before and just after the marathon, runners were also subjected to efficiency tests and the condition of blood vessels was examined.

According to Dr. Bartłomiej Paleczny, dynamic enlargement of blood vessels during increased exercise and fatigue was not recorded in runners aged 50+ compared to younger runners.

'We even recorded blood vessel shrinking. This is not surprising, because vessel expansion decreases with age', the scientist says.

He adds that in the case of older competitors, chemoreceptors, specific 'sensors' responsible for blood oxygenation, responded faster when the blood system was hypoxious. (PAP)