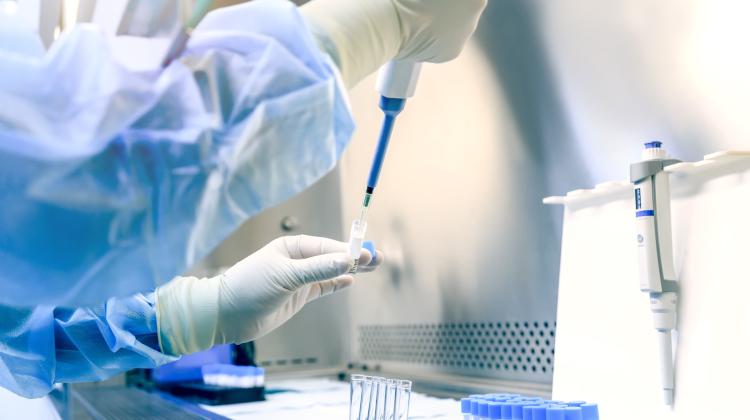 A powerful computer algorithm has analysed billions of possible chemical reactions and revealed how around 300 drugs can be produced from chemical compounds previously treated as industrial waste.

Publishing their findings in Nature, researchers led by Professor Bartosz Grzybowski from Allchemy Inc., the Institute of Organic Chemistry PAS and the UNIST University in South Korea looked at the portfolios of companies around the world and selected about 200 types of chemical compounds they produce and currently treat as waste.

These chemicals were fed into the Allchemy platform which virtually tested billions of reactions that could occur between 'waste' substances.

Until now, such substances have often been treated as waste, but this could change if they can be used as ingredients in the production of valuable chemicals.

The results revealed that the given compounds - in uncomplicated conditions - could be used to produce a lot of products in demand, including 300 different drugs and compounds used in agriculture.

He added that ingredients previously considered to be waste could be used to produce substances such as ibuprofen (an analgesic), Carvedilol and Valsartan (used in the treatment of hypertension and heart disease), mirabegron (helpful in the treatment of bladder diseases), or dofetilide (an arrhythmia drug).

Underlining their success, Grzybowski said: “One of the drugs prepared in this way by this company is now waiting for the approval of the American Food and Drug Administration.’

Searching for applications for harmful substances is only one of the applications of Allchemy. Two years ago, thanks to Allchemy, in an article Science Grzybowski's team described the chemical tree of the origins of life. The researchers showed how life could have formed from simple chemicals that could have been available on Earth.

Professor Grzybowski is also the author of Chematica, a software that, like Allchemy, uses a vast organic chemistry knowledge base to find different ways to reach the desired products. The programme was described in another publication in Nature.