Scientists look at developing 'green walls’ instead of concrete 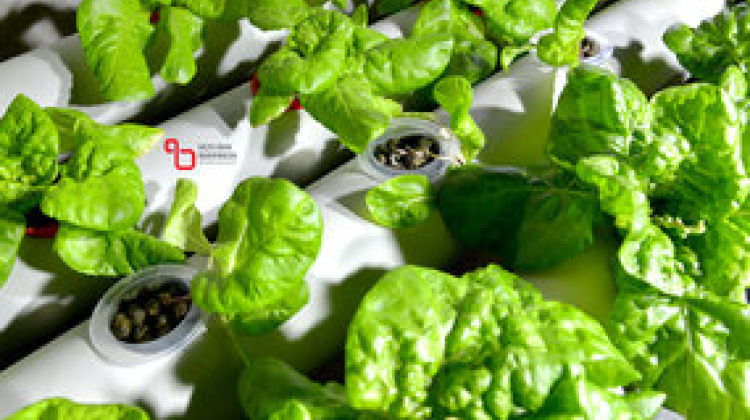 The improvement of city gardens and vegetable crops on walls of residential and office buildings as well as soilless hydroponic cultivation on the roofs of buildings is the goal of researchers from the Gdańsk University of Technology.

Hydroponics is a method of growing plants without soil, using nutrient containing mineral salt solutions. Hydroponic crops can be grown not only on an industrial scale, but also in home gardens. They increase self-sufficiency of cities when it comes to food production.

The downside, say researchers from the Faculty of Civil and Environmental Engineering of the Gdańsk University of Technology, is the relatively high water consumption and the need to clean the used nutrient.

They are working on closing water circulation in hydroponic lettuce cultivation by cleaning the leachate in the green wall system.

URBAN FARMING INDEPENDENT OF THE WEATHER

Vertical crops do not require a large area, which is why they can be grown in densely built-up conditions. The 'urban farming' trend is also becoming popular in Polish agglomerations.

Professor Ewa Wojciechowska and Dr. Karolina Matej-Łukowicz from the Department of Sanitary Engineering at the Faculty of Civil and Environmental Engineering and student Joanna Stycharz are conducting research on combining two vertical systems. The first is used for hydroponic lettuce growing, the second is a green wall for flushing the leachate.

The researchers say that hydroponics eliminates the need to plant in the ground. Plants can be cultivated in closed rooms, using special lamps with appropriate light intensity instead of sunlight for photosynthesis. This eliminates the problem of unfavourable weather conditions - all-year-round cultivation is possible. Plants are also not susceptible to soil-borne diseases, which reduces the use of plant chemicals.

EASIER TO FEED THE CITY

Professor Ewa Wojciechowska said: “Hydroponics is also a response to long food supply chains and the rising prices of fresh food in cities. By cultivating plants for private use, we shorten the path between the place of production and our tables. Soilless crops are a response to the challenges associated with the need to feed a dynamically growing population.”

A system for hydroponic lettuce cultivation was built as part of her project. Lettuce seedlings mature in greenhouses, then they are transplanted into special 3D-printed baskets and placed in tubes filled with nutrient solution, with holes cut for pots. Thanks to this structure, the crops can be placed in the selected room both horizontally and vertically, depending on the needs and the availability of space.

Dr. Karolina Matej-Łukowicz said: “It's a cheap solution. Except for the baskets, the purchase of which was difficult, and we were helped by a student of the Faculty of Telecommunications and Informatics who designed and printed openwork containers with an appropriate size and shape for the seedlings on a 3D printer, we used sewage pipes that we received from Pipelife. Additionally, we needed a suitable lamp - lettuce requires light at a temperature of 6500 K - and our hydroponic cultivation had the right conditions.”

The researchers are currently working on treating wastewater from hydroponic lettuce cultivation using a green wall and closing the water circulation in this culture.

ANSWER TO 'CONCRETEOSIS' AND LACK OF SPACE

Green walls are an increasingly popular trend in urban agglomerations. They are a response to 'concreteosis' that plagues the cities, but their function is not limited to the aesthetic aspect. They have a positive effect on the microclimate, reducing the 'urban heat island' effect. They can also successfully purify water - they are often used to purify rainwater or greywater (domestic wastewater), enabling its reuse. A novel idea in the project is to use a green wall to purify the leachate from hydroponic cultivation.

Dr. Karolina Matej-Łukowicz said: “We want to investigate whether the used water, which further forms the nutrient solution, can be reused once or several times. Closed circulation allows for a significant reduction in the amount of water used for hydroponic cultivation, which is extremely important due to climate change, the results of which include problem with water availability. However, in order to close such a cycle, we have to purify the water. To that end, we want to use a green wall made of several floors of plants that will filter our water, purify it and allow to reuse it for the cultivation of lettuce.”

The researchers use various plants to create green walls, including staff vine (Eonymus) and alumroot (Heuchera), and test their filtering abilities.

Joanna Stycharz concluded: “Our goal is to create the right nutrient medium so that the lettuce grows in the best possible conditions, and the right green wall to clean the used nutrient medium and introduce closed circulation.”