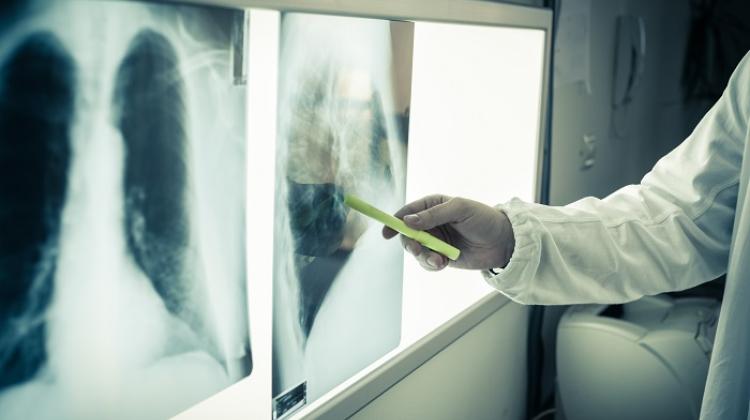 Scientists from Gdańsk are working on a personalized lung cancer vaccine.

The team from the International Centre for Cancer Vaccine Science (ICCVS) at the University of Gdańsk want to collect immune cells from patients’ blood samples which can recognise and fight against cancer.

Although cancer cells keep forming in the body, the immune system has its own army to fight back. Consequently, it usually handles detecting and destroying cell 'villains' well. Sometimes, however, the cancer process escapes the attention of this army and there are places that rogue cells take under control.

They can then 'corrupt' the cellular soldiers and reprogram them so that they do not interfere with the development of cancer. In other places of the body - for example in the blood - there are still 'loyal' soldiers, ready to fight the enemy. The problem, however, is that they are not allowed to enter the cancer area.

The scientists are now hoping to extract the fighting cells from patients’ blood and multiply them.

Director of the Centre, Professor Natalia Marek-Trzonkowska told PAP - Science in Poland that each cancer is slightly different.

She said: “Cancer cells differ slightly from healthy cells of the body, and their mutations are often unique to the patient's cancer. For this reason, the fight against cancer is very difficult.

“Researchers are simply unable to pinpoint a specific marker, a feature that would allow you to distinguish between the cancer cell and the healthy cell.

“That is why we are working on a personalized cellular vaccine for lung cancer therapy. The drug will be produced individually for each patient. We believe that cancer is characterized by such a high variability that the use of the same cellular vaccine in all patients would be ineffective.

“We use immune cells that naturally occur in the body. We want to prepare these cells so that they are insensitive to the immunosuppressive effect of cancer. Maybe then we will be able to use this knowledge to prepare vaccines against other cancers.”

The project will try to identify specific T cell populations in the blood, which are able to recognize cancer. These cells would be selected from the blood, multiplied outside the patient's body, perhaps also supported to fight cancer, and then delivered to the cancer site to start the fight. The patients would receive their own multiplied immune cells as part of therapy.

Researchers hope that this would mean that the risk of side effects would be low as these cells are well trained in how to distinguish between a healthy cell and a cancer cell.

Preliminary, unpublished research (in vitro and in vivo on animals) suggests that such lymphocytes selected by scientists selectively destroy cancer cells, while tolerating healthy and correct cells. A similarly intense therapeutic effect cannot be achieved by using random cells of the immune system, the researcher reports.

Their company PolTREG conducts work on TREG therapy for children with type 1 diabetes. In this disease, the immune system incorrectly identifies the pancreas as something foreign and begins to destroy it. One of the causes of this aggression may be deficiency or abnormal functioning of regulatory T cells (more - HERE). The therapy developed by the scientists consists in taking such cells from the patient's blood and multiplying them to protect the pancreas.

Now Professor Marek-Trzonkowska wants to use a similar mechanism to fight cancer. In this case, however, researchers must find T cell populations with completely different functions than in the case of TREG therapy.

A serious challenge is to find cells in the blood that will start to fight cancer.

Marek-Trzonkowska said that her team is trying to understand how the activity of 'corrupt' lymphocytes in the area of cancer differs from the activity of 'loyal' lymphocytes. Taking a shortcut, they select cells with anti-cancer effects without knowing which unique features of the cancer they recognize. In parallel, they work on precise methods of identifying specific cancer antigens that will allow to target the cancer.

So far they have already developed an algorithm that enables them to identify and sort cells that recognise cancer.

For now, the the project is at the stage of pre-clinical tests on mice. The director of the centre hopes that the first clinical trials will start in the next five years.

The International Centre for Cancer Vaccine Science of the University of Gdańsk is an International Research Agenda financed by the Foundation for Polish Science (FNP). The centre was established in 2017 and a grant of over PLN 41 million was allocated to its operation.