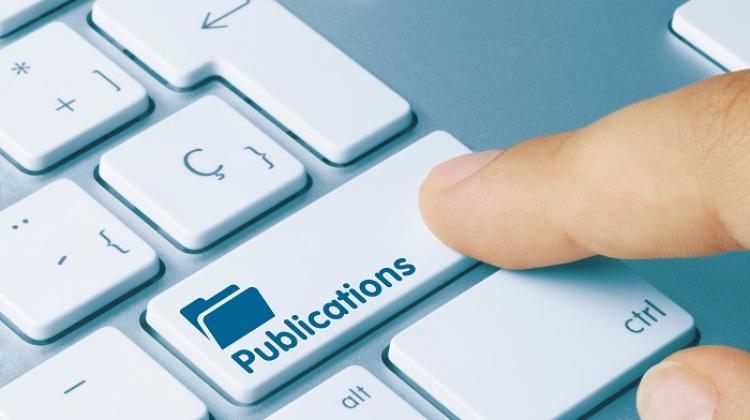 The widely held assumption that any important scientific information would be available in English underlies the underuse of non-English-language science across disciplines. Meanwhile, they often provide important information on the protection of biodiversity in the world, says Dr. Joanna Kajzer-Bonk, a biologist from the Jagiellonian University.

Dr. Kajzer-Bonk and scientists from several other countries analysed 419 679 peer-reviewed papers in 16 languages. They identified 1,234 non-English-language publications providing evidence on the effectiveness of biodiversity conservation interventions, compared to 4,412 English-language studies identified with the same criteria.

“Perhaps many nature conservation problems are more universal than we think, and, for example, the results obtained from research in Ukraine could be successfully implemented - in whole or with modifications - in Poland. However, this is not possible because of the language barrier.”

The originators and coordinators of the study, the results of which appeared in PLOS Biology, were Tatsuya Amano and Violet Berdejo-Espinola from the University of Queensland.

The publications analysed as part of the study concerned biodiversity, and more specifically - the effectiveness of biodiversity conservation interventions.

Kajzer-Bonk said: “This is a very dynamic field in which we often have insufficient knowledge, but new problems continue to emerge. One of them is the availability of research results. The publications we analysed concerned the effects of various human-controlled interventions on wild taxa and habitats, including invasive and problematic taxa.”

The papers published in non-English language peer reviewed journals were searched according to a special protocol; they had to meet strictly defined criteria. Kajzer-Bonk continued: “For example,  interventions related to biodiversity conservation had to be human-controlled - which means that publications were excluded that analysed the impact of natural processes (such as fires). We also excluded papers devoted to the effects of background variation, purely ecological research (studying the movement of organisms, the distribution of species), as well as theoretical modelling and opinions.

“In connection with strictly defined criteria, each of the collaborators was provided with a detailed training and had to pass the test. Only then could we start the actual work, searching non-English-language journals for papers that would meet the described criteria. The selected titles were addad to the database and checked by collaborators.”

Kajzer-Bonk said: “Our publication refutes the conviction that the number of non-English-language papers on nature conservation interventions is decreasing. We have shown that since 2000, in the case of six languages, this number actually has been growing, and in other analysed cases it does not show changes.

“The results confirmed one of the common views that research published in non-English-language journals is based on a less solid methodology - smaller samples and worse-planned research system. The exceptions are studies in Portuguese and Spanish, which were distinguished by exemplary planning.”

According to the expert, scientific evidence presented in non-English-language studies can therefore be burdened by systematic errors and generally have slightly worse quality compared to those published in English. She continued: “Remember, however, that despite the inferior quality, in some regions and for some species it is the only available data. Certainly better than none.

“Non-English-language research can provide important data for species that are less popular in English, including endangered ones, and regions characterized by high biodiversity. Scientific knowledge is often used only if it is applicable to the specific context of local policy and nature conservation practices. Therefore, the poor availability of data on specific species and locations - especially in countries where English is not widely used - has been recognized as the main obstacle to the protection of nature based on scientific evidence.”

History shows that important scientific information is published not only in English, but also in other languages. For example, the structure of the Nobel Prize-winning anti-malaria drug was first published in Chinese. An important principle regarding biodiversity, called the Rapaport's rule that plant and animal ranges are generally smaller closer to the equator than at higher latitudes, was based on evidence published in Spanish. In addition, many of the earliest papers on COVID-19 were published in Chinese.

Did the study also bring any interesting conclusions in the case of the Polish language? Dr. Kajzer-Bonk said that Polish does not stand out in a significant way compared to other analysed languages. She said: “Out of over 1,700 articles I searched, less than 5 percent met the criteria. I expect that more solid research by Polish researchers is simply published in English, because the pressure to do that is increasing.

“But it is definitely worth publishing, also in Polish. I encourage employees of protected areas, nature conservation practitioners and enthusiasts to do this. It is also worth thinking about research in the longer perspective and plan it better. In addition, from the point of view of the person who has searched the databases of journals - it seems to me that despite great progress, there is still a lot to do when it comes to dissemination, availability and digitisation of Polish-language scientific resources.

“And it is certainly important to promote research results in the native language. Only this way there is any chance to reach decision-makers.”

She added that non-English-language research “really provides important evidence in the context of the protection of biodiversity in the world. First of all: more than a third of scientific evidence regarding this issue is published in languages other than English. Secondly: non-English-language research fills the gaps in English-language evidence in areas where there is a problem with access to the latter. And finally, thirdly: important biodiversity conservation evidence is often provided by local practitioners, and they often prefer to publish their work in their native language, which is usually not English.

“That is why in our paper we also urge wider disciplines to rigorously reassess the untapped potential of non-English-language science in informing decisions to address other global challenges.”